I don’t know how my sentence got so weird but at least it was still understandable.

Now there may not be that many people who post here but people share stuff with their guilds and alliances and discuss them in the global chat, in videos or on streams.

The way players are talked to and treated gets more attention than it may seem.

I’m only talking about the hostile forum communications and the unwillingness to work with the players.

Right. I agree with these points as well. Communication on the official forums is, generally speaking, awful.

I would love to see the community manager(s)/devs solicit more game design ideas from players. The main problems here as I seem them are 1) they still have no real say about what they’re allowed to work on/implement, and 2) it’s entirely possible they’d be obligated to monetize the fun right out of it.

World Events were a great missed opportunity. I don’t know that many of us genuinely have a problem with there being more than just the cycle of Invasion/Raid Boss/Tower of Doom, but what we got for new “events” is a RNG-infested mess. No consistent scoring, no consistency in the relative value of enemies (cmon, with little exception Mythics should be the most valuable to kill…the game literally trains players visually that the color representing Mythic is the most prized/important/valuable thing) and no consistent expected tier spending.

I’d love to see more player feedback/suggestions taken seriously, but I have a sneaking suspicion that it’d require IP2 to be given more control over the creative direction of the game than they currently have. With years of repeat behaviors…they’ve had more than ample chances to try and course-correct. I don’t think it’s unreasonable at this point to assume that they can’t while still hoping that they eventually gain that control.

Just following up as it’s been awhile since I replied.

I’m sorry my messages came across in a “hostile” way, it really wasn’t my intention. Text can be difficult to convey tone and intention and with stress levels already running high in this thread due to the issue at hand can make communication a bit more difficult.

I asked for an update on the Vault event today and I’m hoping to have one before the weekend - I will keep poking!

Please keep the thread civil, unfortunately there had to be a couple of bans and several posts deleted due to swearing and insults. Also just a reminder that constructive criticism of anything is ok but targetting individuals whether they be players or staff (we’re all people right?) isn’t ok. Not only is it not pleasant to be on the receiving end, it gives the idea that it’s ok to behave like that towards anyone at any time they post and makes the forum a hostile environment for anyone who was thinking about joining. We want anyone to be able to post here whenever they want, what they think without worrying about being targetted. So please do keep helping us maintain that environment, and we appreciate everyone who has been doing that so far, it’s really appreciated and it helps the community be maintained and grow as well.

The devs are making things hostile… we have a right to be angry and frustrated with everything that has happened and to be upset when insulted by slap in the face compensation and lack of honest communication.

We wouldn’t have this if not for the devs…

Thanks for the reply @Kafka , I thought you (and @Jeto ) abandoned the game completely now.
Looking forward to getting an update for the extra Vault event before the weekend, but my hope on the delivery of “your hope” for that and you actually being able to deliver on that are nearly dead. Too many empty promises over time.

…but maybe this is an opportunity to keep up “your hope” that the players at this point might view as some kind of “(official) pre-announcement” or even “promise” to deliver at least some news on if we get this extra vault event - or even provide a date.

Maybe you - or anyone else - could even follow up, answering some of the questions in this thread, f.e. about future plans of vault events? After all you read everything, right? Since the “weeks in between” vault events seemingly got extended massively people are interested in answers / infos. Is it game-breaking to talk about it? If so, then please understand this: not talking about it, not giving out this infos is “economy breaking” to many players. Isn’t that something that should be taken seriously?

…But sure, some forum bans or deleting messages that might come across in a more “hostile” way because of a massive banning-wave, highly questionable out of touch choices of compentsation and lying to your playerbase in several topics seems like the favoured procedure compared to fixing “the problems” by re-evaluating own choices. Many active forum members would really appreciate this though and it helps the community be maintained and grow as well.

Man, I came in here all excited to see an official date for the Vault Event to be announced somehow, somewhere among all this chit-chat but yet… nothing… just more waiting for more info. I’ll be holding my breath under some gems.

Man, I came in here all excited to see an official date for the Vault Event to be announced somehow, somewhere among all this chit-chat but yet… nothing… just more waiting for more info. I’ll be holding my breath under some gems.

I think you mean the date of the next vault AND EXTRA vault.

I asked for an update on the Vault event today and I’m hoping to have one before the weekend - I will keep poking!

Wild idea: What if instead of an “extra” Vault weekend, take the next scheduled Vault weekend and make it a full-weeklong event?

No new info about the Vault event sorry, just flying by at 7:50pm to check on things again before heading off for the day.

Thanks for the reply @Kafka , I thought you (and @Jeto ) abandoned the game completely now.

Nope! You’re still stuck with us sorry! Due to the new years holidays and sick leave and such we went from taking turns spending a week each on the forums to finding it easier for Gman to stay on Gems of War for CX, with me doing my usual thing and being across everything all the time (what’s that movie? Everything, Everywhere all at once?).

We’ve continued passing your feedback on but we haven’t had any updates regarding this for you yet so had nothing new to add.

Sorry I was awol last week, I had some super important secret squirrel stuff I have been working on for CX.

Please, just do not schedule extra Vault event during the Guild Wars week!
This would be more of punishment, not compensation!

Please, just do not schedule extra Vault event during the Guild Wars week!
This would be more of punishment, not compensation!

… me doing my usual thing and being across everything all the time (what’s that movie? Everything, Everywhere all at once?). 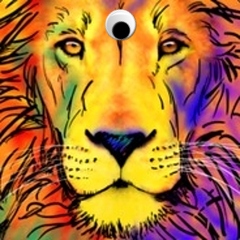 We need to take it when we can get it. Don’t give them another excuse to delay it even more.

Or, just replace Guild Wars with it.

4 one-day vault events on Tuesdays! This is compensation!

Im all for vault event during wars, when we getting 100% xp for winning our wars day daily it really goes a long way when grinding vault event, crazy level ups lol

How about removing the reward limiter based on battle speed in GAPs? Full rewards for all.

As nice as that would be that is the epitome of economy breaking.

Just wanted to bump this again as we still have not gotten an answer about vaults. Will they be decreasing in frequency? Will there be an actual compensation vault cause the one on the 17th sure doesn’t feel like one. I appreciate you looking into it @Kafka!