We are in the process of working on our cheat detection in Gems of War. As such, we have been able to find more players hacking the game, and are able to track subtler ways of cheating.

What does this mean for you? Overall, a fairer Gems of War! Yay! However, as we continue improving our cheat detection, we felt it best to also update the way we move forward with player bans.

Some players have already been banned, but over the next month we will be removing more players from the game. The reason that we prefer to ban in smaller groups, instead of all at once, is to give ourselves the time to investigate each of these players as well as their patterns of behaviour in game prior to taking action. We will do our best to ensure that these bans don’t happen during Guild Wars, but we can’t guarantee that we won’t act if a cheater of appropriate severity is found.

Currently all the players being removed from the game have a moderate to severe amount of infractions, and once picked up by our cheat detection were manually investigated.

Thank you for your patience with us as we work on cleaning up the game.

The cheating detection software after 4.3.5. 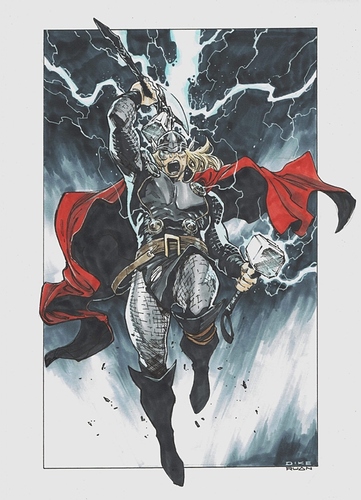 Definitely been noticing more and more pockets of banned users throughout the top 100-500 guilds. This week was definitely a lot. Really great to see the dedication to creating a cheating-free game.

Now they must fix the cheating ai and all is good

I’d recommend to our team to fix the cheating AI if it actually, you know, cheated.

I love the entire argument of

“But they appealed and basically got told too bad so sad”

Honestly, hearing that the devs are banning people, and then confirming that they are actually legit banning, and manually looking into them, and then standing by the decisions and not unbanning people, makes me happy. It is the best thing to happen.

Yes, friends/guild mates whatever getting banned is frustrating, but it can only be a good thing to have more cheaters banned.

And doing it in small batches, meaning that they are able to look into each case, and not doing a server wide ban and banning like 1k people at once (random number) and then having to go through each 1 and check again or whatever, means that more care is being taken so less mistakes are made. Sure they can still happen as no one is perfect, but it is a lot less likely.

I have 1 thing to say. finally!

Will this clean up be coming to the Xbox, or is the new detector only for PC/Mobile users for now?

I find it hard to believe nobody in the the top 500 guilds has a negative trophy balance for the week. I’d be thrilled if my platform is that squeaky-clean—but it would be surprising, even considering the extra effort folks generally need to go through to cheat on a console.

Edit: I also understand that this question might not be able to be answered, for fear of revealing the banhammer’s inner workings too much. In fact, if this post harms the potency of said banhammer, please let me know so l can just make the post “15 characters long”

I’m very happy to see all these cheaters banned. It really sucks when you put in so much time, effort and money to get to where you are just to have cheaters running bots and getting the same things and having an unfair advantage on the leaderboards.

Will this clean up be coming to the Xbox, or is the new detector only for PC/Mobile users for now?

Make sure that the ban stays PERMANENT, even if someone is a VIP 20.
I heard a lot of people saying that people with high VIP status often get pardoned. I hope not!

Also, I would also implement the Fingerprint ID of each machine, like the PC, so if you cheated, the only way would be to buy an entirely new computer.
Swapping a few pieces of hardware would not help at all.

I know what I’m about to say will be unpopular but a thought did occur to me. Instead banning maybe just lock out cheaters permanently from the leader boards and PVP. Why? Well those folks could still be used for counting active players, good for marketing reasons. Another would be that some of those players would remain as punching bags for the rest of us. Also I’m sure some of those folks invested some real cash into the game and by giving them some access you keep a more humbled approach. I’m sure some of those folks have enough experience in the game to share some good information.

I’m not opposed to banning I’m only saying that there could be other options that could still use these players.

I’m glad that these folks were identified and removed so that players who actually invested time and money into the game can actually compete.

Oh, but it does. Just in players favor.

Oh, but it does. Just in players favor.

@Saltypatra Time to ban every player for cheating against AI.

MAN here , I’m loving it , this is great to read this . As of right now , this is the only game forum i have read that shows something is being done to stop cheaters / hackers . Love it

. Great work everyone thank you for caring . IRON /

Some players started using cheats, because they saw cheating players in top raits of events. I saw how people who could not compete, even after spending all their free time, switched to the dark side. These were strong players, but years of injustice forced them to do so. Therefore, I want to express an unpopular opinion.
Perhaps now when they all received a ban and were convinced that they are being punished for this, it is worth forgiving them. Perhaps apply a less severe punishment in the form of a ban for a week or two. I believe in a second chance, just as I do not believe in a third. And I know that not only cheaters got into the ban, but also those who went for it from despair

No one was forced to do anything!

I took a break from the game and rejoined after orbs were introduced. I crafted Zuul last week. I didn’t get any power orbs from events.

No-one needs to win events, and if they cheat to do so then they deserve a ban.

Whatever your motivation - “despair” or otherwise - if you cheat then you deserve a ban.