Give players the ability to remove others posts from our threads

There’s been multiple inflammatory posts made on My recruiting threads…and many other peoples posts…recently I have been “called out by a sad attention seeking little person” Spewing lies about how i ran Our guild. Recruiting is hard enough without the trolls coming out to play. I have requested those remarks be removed and the child to be reprimanded for their actions.

Got off topic there for a second…

We need the ability to delete posts if not entire threads “that we own” to keep the trolls from playing, to clean up old posts that are taking up space…irrelevant posts that the owner forgot about…the list goes on. we need that ability like many other forums and websites have.

How would I know if they are trolls or if they are saying the truth? Somebody could moderate or tone down, but I disagree on deleting somebody else’s posts.

Fundamentally, allowing someone to shut down discourse in their thread means you’d end up with quite a few threads with sympathetic comments only, effectively preventing debate. Moderation is a privilege that must be applied delicately, and that’s not going to happen if it becomes globally available.

We try to look at all flagged content that we can, provided it’s not been taken care of by another moderator before we get there. Speaking for me personally, I can and do remove comments that violate community guidelines or serve to needlessly derail a topic, but if you feel there’s a lack of attention to an issue, please reach out via PM.

Giving “ownership” to each thread we start wouldn’t work, it would make the discussions echo-chambers if everyone must agree or be censured.

That’s why we have the Flag System, you can flag posts and explain why they are not appropriate. You can also address the moderators and community managers via PM, but you need to understand that some factors could delay their actions as it’s reasonable to each different timezone.

This is a public forum not a private echo chamber.

Thread creators most definitely should not get the power to just delete every opinion that they don’t like. Moderation should be left up to an uninvolved party such as staff.

Aww, that’s no fun, allow me to be Judge, Jury and Executioner of all!

In all seriousness though, I 100% agree that this would not be a very effective form of moderation.

I echo the above points. With that there’s no point in having a forum.

I think it’s only fair people can voice their opinion, as long as it’s within good reason and within the guidelines for the forum.

I think it’s only fair people can voice their opinion, as long as it’s within my view of good reason.

Take it with a pinch of salt, I bet many was being ironic.

I echo the above points. 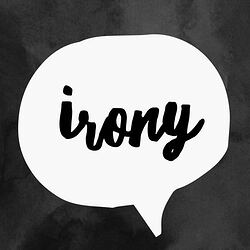 It also should be noted that that would be altering the code to a forum. And not every company designs/makes their own forum rather buys or uses it from another company who made the forum. And in many cases those forum developers have clauses in their usage of the forum to allowing a business to alter its forum code especially in this way. Now a company could contact the forum creators and request that they do it, but also that is also no assurance it will be accepted. Now if GoW designed/made its own forum then of course it could. So I can’t say because not sure if they are using one already made or if they did their own. Most companies don’t make their own.

If they are using a forum made by another company. The likelihood of alteration of the source in this way is unlikely to occur.

If they made their own (which seems unlikely). Then while they could they would have to determine the reason for the addition. Time is money after all. And to do it just so a thread starter could moderate their own threads defeats having a moderator, but also may increase the need for a moderator all in the same. As such while you could remove negative posts. As stated above you could also remove posts that are generally done because of your determination of their validity. It would create forum elitists to make threads only to those they deemed worthy to respond in their threads. So while some might use it for a good purpose , some would not. And the some that would not would increase to many would not. As they would also feel it was a right to stretch. IE its why not everyone is entrusted to power in real life. ‘Absolute power corrupts absolutely’. You can have everyone who thinks they can handle it state they want it. But Billy and Susan would learn to use it in the wrong way as time progressed. Regardless of their initial intentions.

Does this mean even moderators or admins use their forum power in the right way? Not always. And that is simply being honest. See the above quote. Even if its only a forum it carries power and responsibility. And those that are in charge may use it unwisely even if they define they are using it correctly. This is why its good to make more than one admin and more than one moderator as well. Admin the admin. Or moderate the moderator.

I would love to be able to delete stuff from our recruitment posts, just to keep it clean, and uncluttered. The other types of posts I would agree should not have that ability.

That’s My point. a LOT don’t speak with “good reason” They on occasion want to be either a smart mouth and totally trash ones ideas…or an instigator,like I spoke about above…then it’s too late, the damage was done…Why delete anything but those negative posts?.

If people are going off-topic or being inappropriate, flag a moderator. That’s what they’re here for.

I am actually not sure if our forum software supports the functionality to adjust permissions specifically allowing normal users to edit other people’s posts on specific threads on the forums.

You also have Lyya to help and the whole development team. If the posting ever gets out of hand - even if it isn’t just harassment but it turns into flaming - then we’re still hear to help.

@Cyrup I just try to add my thoughts -sometimes I end up typing a lot- Me and short posts are not common LOL. If I type something short someone might wonder what happened! hah … (okay this post is short, and its because im trying to get to 45k on ps4 … points to starlight on ps4 <3)