Does Diviner ever actually proc “increase all allies’ Magic” on her ability? Is there some kind of rule that states that if her magic is above a certain amount, it won’t proc that form of the ability? I swear I don’t think I’ve ever seen that variation proc.

I’ve had it work for me. Proc’d in a raid battle and boosted Xiong Mao’s spell damage very nicely.

One thing to keep in mind is that it may not be programmed to be an equal probability of the three possible outcomes.

I’ve seen her cleanse and enchant mainly but also the magic, cleanse is great with all the death marks.

Hmm, must be a very low chance, because I’ve used her ability dozens of times without getting it.

I can’t say - I just know that it worked at least a couple of times when Xiong Mao did way more damage than I was expecting. I’ll keep an eye on it for the rest of this week though I’ll probably only do another 20 or so raid battles.

My Diviner likes to enchant or raise magic, but never seems to cleanse when it matters. Gift and a curse, really.

Does Diviner ever actually proc “increase all allies’ Magic” on her ability?

Yup. I just had it twice in a row in one battle. And then Infernus dishing out mega damage

Does it maybe depend on the color gem you choose, or is it just random?

It’s random, sometimes she just cleanses even if you don’t have any negative status. Just play her and avoid tranforming green or brown gems to help her cast again trying to get the desired effect.

In the long run she can be used like Valkyrie if you focus that you just need to convert gems into yellow with a chance to gain a nice boost for magic instead of always getting souls (which at some point are irrelevant).

Not bugged, after two casts this popped. 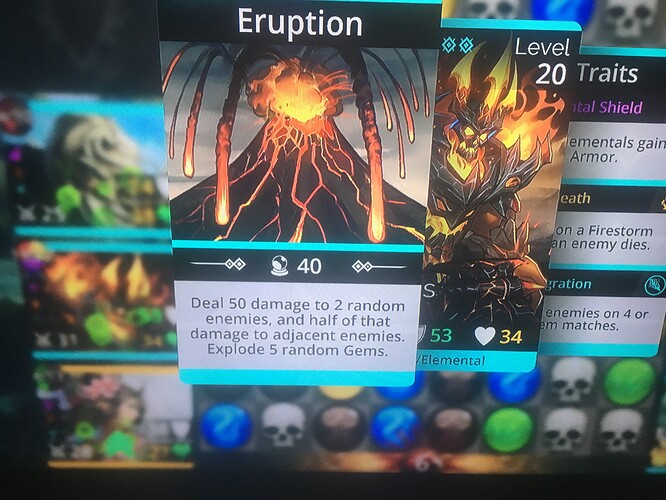