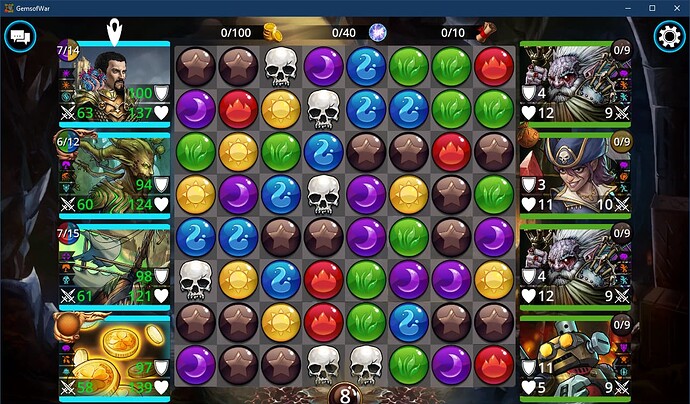 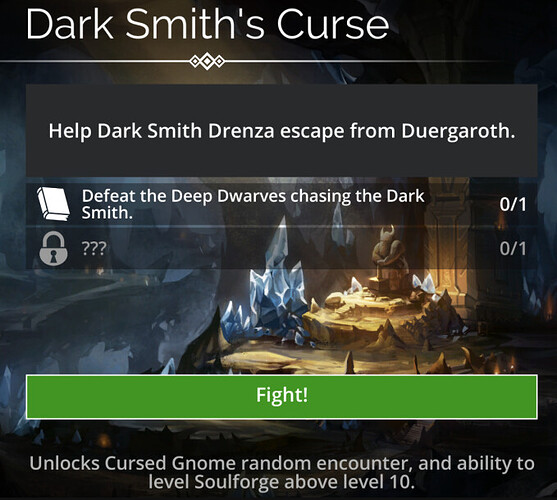 Lol it didnt gave any runes. Unreal move… what would it cost to give us at least a few runes during the run.

@Kafka please confirm whether or not this quest line needs to be completed for Cursed Gnomes still to trigger in battles.

I know it wasn’t originally launched this way. But I have zero expectations that major changes like this are still announced since you no longer have a dedicated community manager.

No clue when the change was implemented.
But two cursed gnomes Sunday.
Zero yesterday. 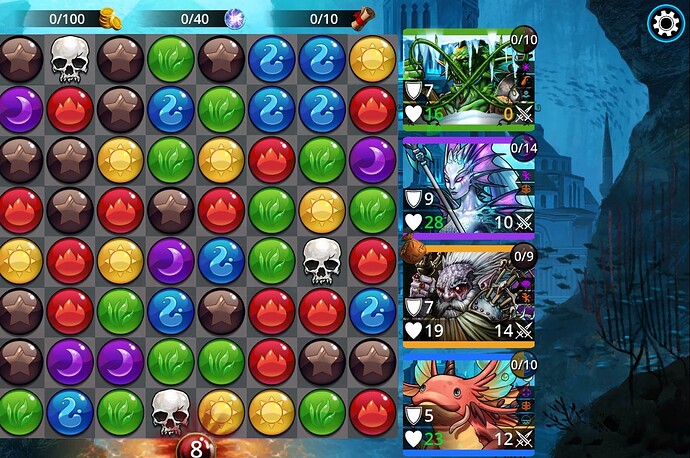 1 so far today AFTER completing the quest line courtesy of my fellow forum members.

Wow, if they relocked the encounter behind this without announcing it, during the bonus window, that’s really sad.

I got one cursed gnome this morning and I have not do these quests.

I got one cursed gnome this morning and I have not do these quests.

Same, got one this morning and no quest til much later.

In relation to the Runepriest Quest;

Hey all, This is actually related to a future update

I’ve let the team know and it’s should be removed in the next 24hrs. It should not affect any existing players though. Jeto - Support Human

Whoa, how’d that one get loose in the wild early?

I am unsure myself but does appear to have been some testing data.

Should be removed in the next 24hrs!

Is the celebration still around?

How could anybody tell?

This is assuming it actually happened, about which, I have my doubts.

Celebration? There was no celebration. The gnomes are normally at a higher rate during vault weekend. That is the only best time time to farm runes.

Devs created some drama. Applying some strategy to make players beg for cursed gnome. We technically need ONLY a limited number of runes (about 1040???) and the others are optional (too expensive).

In fairness, the Devs strategy is working for some players. Next announcement, we get more runes than verses.

I can have 100k vault keys and still very happy about it, but not with runes.

I found exactly 0 cursed gnomes outside of GaPs.

That sucks you didn’t find any. I will say I saw a notable increase and while they were by no means abundant, they weren’t also totally scarce. If I could get Verse 3 Band Gnomes as consistently as I got Cursed Gnomes during the time period, I’d be a happy camper. Just goes to show how wildly different individual experiences can be in the game due to RNG.

Not sure if it helps.