Could we please have a clear list of status effects?

When I look at a troop’s characteristics, there is a clear list of the definitions of whatever statuses it can inflict, such as Web, Silence, Stun and so on. But during a battle, if a troop has a status effect, its only indication is some kind of graphic: vines for entangled, a web for webbed, a shield for barrier, and so on. It took a long time for me to get used to what those images meant. And now with the addition of bleeding, cursed and blessed, we get more status effects and more graphics that appear on top of each other. Could we please get a clear list of statuses in effect when we click on a troop during battle in a way similar to the list of status effects that the troop can inflict on the enemy?

If I am reading you correctly, your post is two requests in one.

I agree with both requests.

Especially a problem when enemies grant random status effects since it not described on enemy card.

This is precisely why I included point (2)—there is no way to know that Domovoi, for example, inflicts a random negative status effect on an ally.

I’m pretty sure this already happens - you just have to click on the middle card when selecting a troop. See: 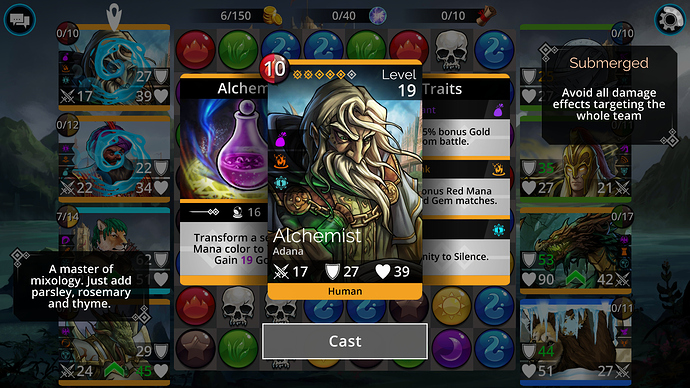 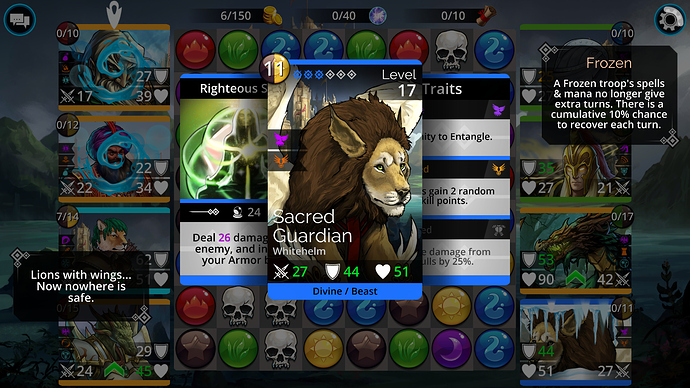 Agreed that it could perhaps be made more clear, somehow.

With multiple status effects, it flashes between them: 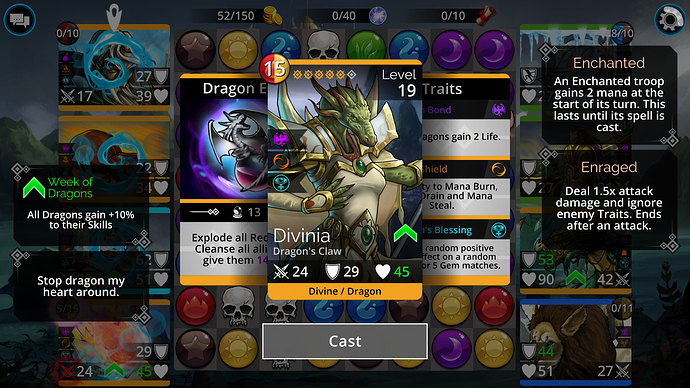 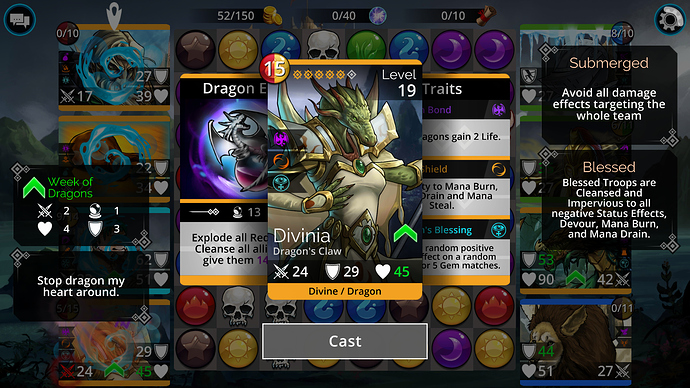 That’s already in the game, not well made though. Improvable.

Interesting. What platform was that on? I play on mobile.

This was on mobile

not well made though

Fwiw, I like it in its current state, but I do get that some people might miss it, since it’s not there as soon as you click on a troop.