No Gard is not released yet and I doubt will be released this week.

Lol, I noticed they didn’t reply to my post.

I gave you a ‘pity like’ there so you don’t feel so lonely. We can only have one person feeling morose around here.

Thanks bro, getting very lonely in this thread.

Oh, derp, sorry, I forgot we were talking about console 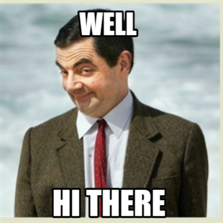 When they released the new dragon kingdom was dragon soul actually in the event chests though? I don’t remember reading it anywhere or is it a given stan, new kingdom = kingdom legendary in event chests? I opened around 40, didn’t get it so decided not to bother. I then got DS from a bunch of glory keys!
I don’t think event keys are very good in their present state tbh. Now when blackhawk comes available I presume I can target kraken, but I wish that would be made clear for everyone.

Said troop was in event chests, yes. No offence, but opening 40 isn’t a lot, is a small number and you should not expect to see the kingdom legendary from such a small number of keys used.

You’ll be able to get Kraken from event chests when Blackhawk IS the weekly event, but they might add Kraken to the loot pool before Blackhawk is available like what they did with Dragon Soul. Or unless stated otherwise, which, as you said, is very much needed.

My advice would be to get the legendary if you like it, it’s worth using and stop rolling the dice after that.

I think the biggest issue with event keys is that’s its not always 100% clear what’s going to be in them. What i mean is, dragon’s claw last week. New kingdom, but was the dragon soul actually in the event chests? If there’s a new kingdom is the legendary troop associated with it always in the green chests?
I also don’t think if say the event is ghulvania that troops from ANYWHERE else should be in them. That doesn’t make any sense to me.

What Verdugo describes isn’t exactly correct. When the Dragon’s Claw kingdom was released, it was mid-week and the current event was actually Maugrim Woods. At that time, I opened a bunch of glory, gem and gold chests trying to pick up all the new common through epic troops, and hoping that I might pick up a TDS by luck (I didn’t). The following week, they released the last two Dragon’s Claw troops (Dragonian Rogue and Couatl) and made that the Kingdom Event. At that point, I started using event chests and picked up my Dragon Soul.

You can always check the “news” tab on the main game screen and it should tell you what the current event is.

I would expect that they will probably have a two-step release for Blackhawk: Step 1 will be opening up the Kingdom itself and dropping most of the troops into the appropriate chests. At that point, Kraken will be available in Glory and Gem chests, but will be one of 30 or 40 legendaries, so odds will be slim of picking him up. Step 2 will be a kingdom event where they release Bonnie Rose and Mimic, at which point Kraken will be available in event chests so you can target him exclusively (while also picking up a ridiculous number of Sharkeys).

You’ll be able to get Kraken from event chests when Blackhawk IS the weekly event.

Key word being IS. Maugrim Woods WAS the weekly event when Dragon Soul was available to get from chests, just NOT event ones.

That’s really confusing though isn’t it? Or am I being daft?

I think it IS a little confusing, but I’m used to it now. Just always think about the event chest as tied to the weekly event that you see the news flash when you log in and you should be OK. If in doubt, check around here before you start cashing in event chests. I always wait until at least 18 hours after the event rollover to make sure that all the bugs have been worked out before I use any of my resources.

I play a little on console as well - set up an account for my kids - we’re about level 80 now. I find the events and chests confusing too…

This is sort of a cludgy work-around, but I think the troop images that show up on the left side of the screen when you’re at the Event Chest screen are a reliable indicator of what you can get in the chests.

Really? I thought it would just be deja vu for someone like you who plays on both versions.

The mixed events with ‘bonus troops’ that they were doing for a few weeks before all the update delays were more confusing since we had an event kingdom, plus a random troop from another kingdom available for glory in a few events (sounds like that will resume next week).

Personally, I find the delay in dropping troops into chests the weirdest and most confusing part. Why wait 4 weeks?

Except half the time they flash the wrong images. Maybe they’ve improved on that, but it used to be enough of a problem that I trained myself to ignore them.

I’ve been on PC/iOS since about a week after it released in November 2014. It’s so long since I played the quests it actually feels quite new. Mainly though I supervise while the kids play. Seeing my nine-year old learn the game and whoop higher level players is quite amusing

The console version is a rather different experience - more “random” chains, AI getting gifted skulls, odd if “exciting” chains… I’d heard console players muttering about this here and put it down to recall bias - but it does feel different to the PC/iOS version in terms of its “randomness”. Very odd.

it does feel different to the PC/iOS version in terms of its “randomness”. Very odd.

Odd to me is how sterile and predictable the PC/Mobile version looks when I watch a gameplay video or someone streaming.

But we were talking about events and chests - what about that do you find confusing on console?

Well soon we should all get the same event at the same time, that will be awesome