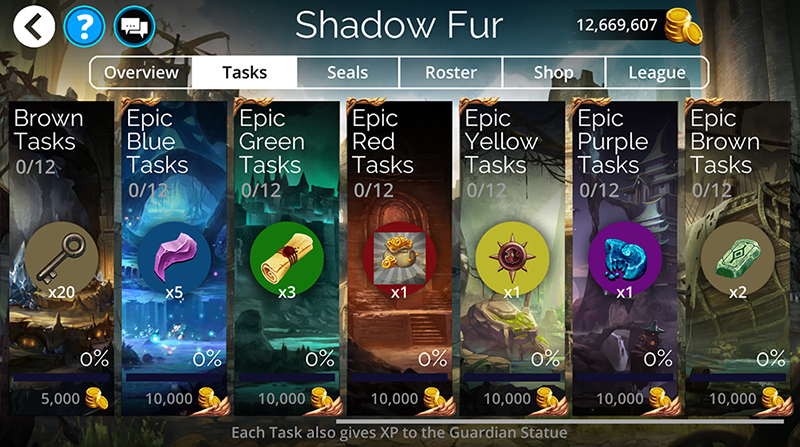 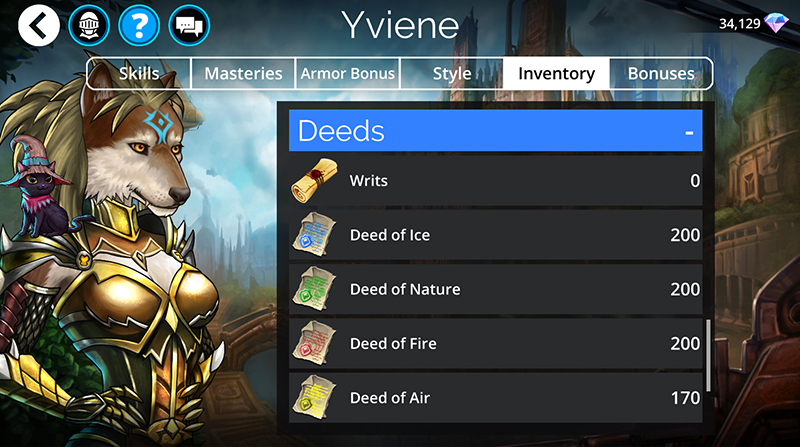 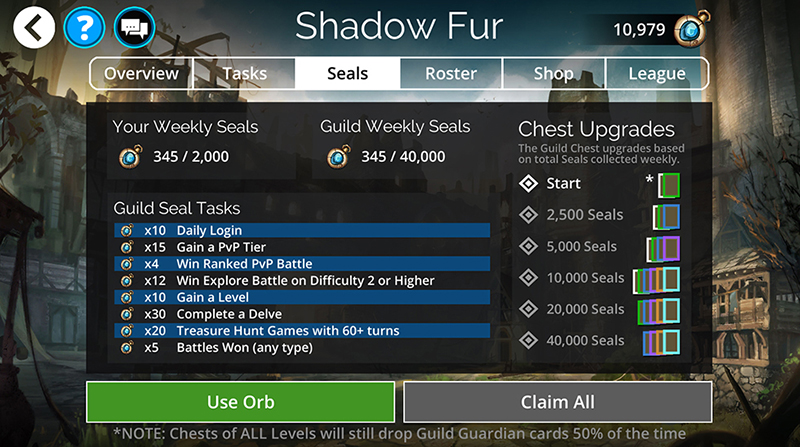 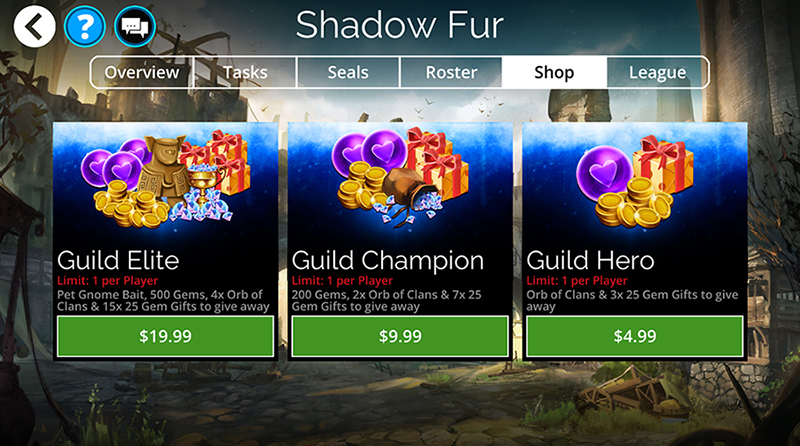 We have made changes to the Guild Shop bundles to make them better for Guild of all sizes. The new Guild bundles will become available after weekly reset next week (to allow everyone time to update to the 4.7 Update).

We’ve been listening to your feedback and have implemented 2 changes to Guild Wars to improve them.

These changes will apply to the first Guild Wars after the update releases.

We have made some changes to Trophies, so they are more a measure of a player’s activity and players don’t feel like they need to play only PvP & Event matches to meet any Guild requirements.

We’ve noticed that Reflect is currently reflecting back damage when a spell strips all Armor off any Enemy (like Grave Knight or Mang). We’ve made some changes so that these spells that strip all Armor from a troop will no longer trigger Reflect. Any damage that happens after the Armor strip (in cases like Grave Knight) will still trigger Reflect.

These changes will not apply to any spells that just decreases an amount of Armor (like the Nymph or Bone Dragon).

We have updated some Help Center articles:

Between the gold required for guilds and trophies being added to them, time to live in explore. XD

Also, just as a reminder to everyone, the new guardians are NOT in the drop table yet.

Actually the whole graphic is wrong - looks like it’s just from a prior version. No big deal.

Thanks for the patch notes!

Love all the amazing work @Saltypatra. You and the rest of the team does amazing work. Thank you for all your hard work you do throughout the years and many more to come. Have a blessed Christmas Holiday and New Years.

The image used in OP is the original 1, as seen by treasures on red tasks

Cool. I just pulled Tian Yi from the ToD shop last week. I didn’t bother trying him out I got the new Mythic, but now I’m intrigued.

is it enough to make Tian Yi viable? probably not? but I’m glad for a buff. Was hoping for more than 1 troop though… =/

3 attempts at skimming before I found it lol

What exactly is the connection between guild seals and Delve level 60 that warranted a specific fix?

I don’t expect it to make a huge change, but enough to make me want to try him in PVP for a bit.

None, but people were complaining about being forced to farm at 500

What exactly is the connection between guild seals and Delve level 60 that warranted a specific fix?

You now get seals for completing a delve run, would have been kind of icky when all your delves are high level.

OH I just read it proper. “The highest of the leftmost Delve will now be 50”. Huh. Interesting. So you maybe don’t have to keep a farming faction around anymore. But you get the stinky 0.5x multiplier. I guess that’s better than level 490.

Could someone clarify the information about Guild Seals? It seems to state that you will just have your Seal cap raised when using an Orb of Clans. Are you no longer awarded the Seals? Are you just buying the opportunity to earn more Seals with your Orb?
The addition of the 6 new Guardian like troops, and the language concerning Seals seems like a definite nerf to this resource as well. Hopefully someone can correct me on this matter and I am wrong. Thank you in advance for your time.

You are awarded the seals and the cap is raised.

Except I think the cap’s 2k now? You get it. This is good for clans that don’t routinely hit 40k seals, as their members can now use their orbs ASAP to reach 40k at the start of Mythic Week without paying a penalty.

After you reach 2000 and use say a minor orb you will have 2500
So only difference is that you will want to get to 2000 before using orbs.
That’s the way I interpret it anyway
Although given @Slypenslyde explanation I may be incorrect

Thank you all for the quick replies. That is a relief.