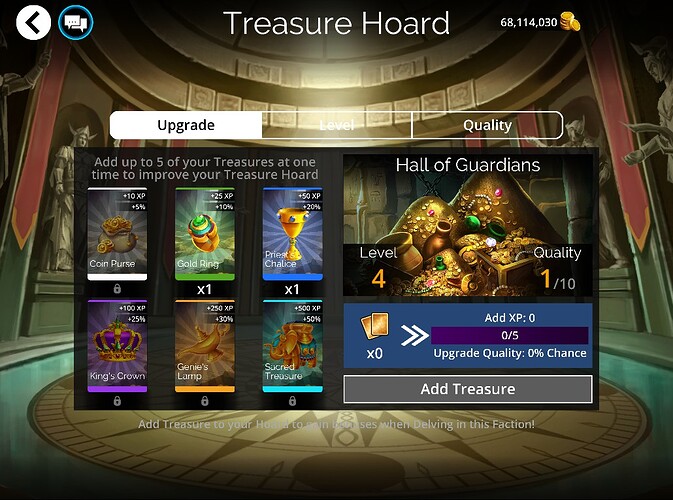 Very bad idea to put a light text on a light background. I have hard time reading it (with my only vision problem being slight short-sightednes) and I can’t even imagine start imagining how people with real vision issues feel.

and I can’t even imagine start imagining how people with real vision issues feel.

I just gave up on being able to read stuff on troops with the new UI long ago so this is nothing new to me.

Unless you mean what that thing in the middle between “Upgrade” and “Quality” says - that is indeed a new level of “can’t see anything”, at least for me.

I’m having the same issue on PS4 as well. I unlocked both factions but the achievement didn’t pop. Could you lock a faction for me so I could unlock it again and get the achievement? Thank you.

A bug with omens.
So they now trigger at the start of battle, which is great.
But if a cascade is generated: You get the mana, even when the opponent’s omen are triggered.
Here’s a video of a team (without a single omen) against a team full of omens, and u get the mana on the cascade. 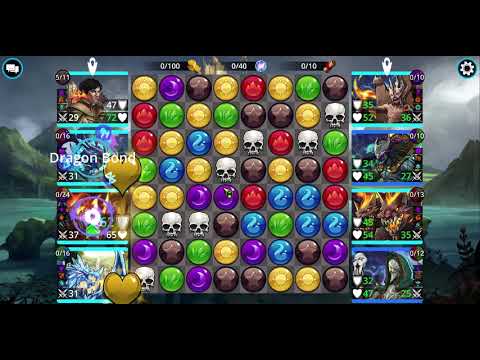 Enjoy the horror of x1 speeds.

Hello, I have been playing your PS4 game for a long time and with pleasure, and not when I did not encounter any problems in getting the trophies, but in the new update I could not get two trophies by fulfilling all the conditions for their receipt A Whole New (Under) World and Die Another Day, my name in the game ejik 25 kolychka, I ask you to help me, thank you.

Do Daily Tasks work with Delves, or are they excluded like Pet Rescues?

I’ve only one dataset, but I did an entire delve with the All-Seeing Banner, and it did not fulfill the Banner Daily Task

I also did not get these trophies when playing on PS4 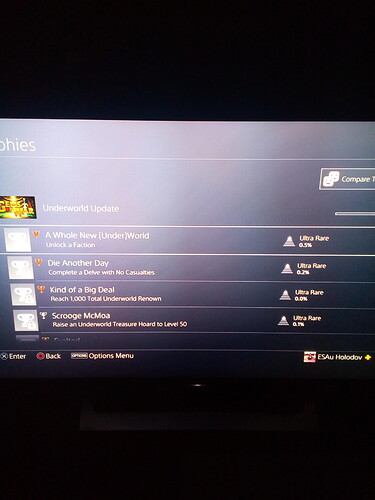 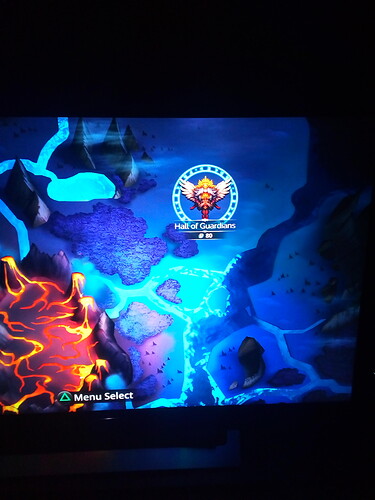 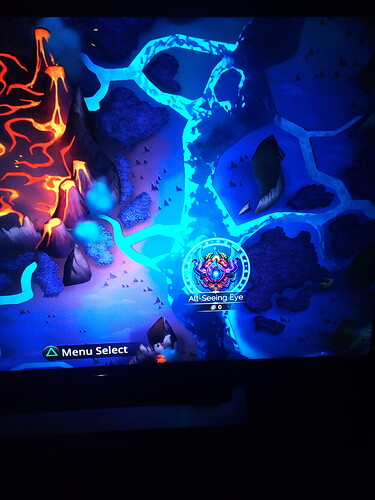 I also did not get those achievements on Xbox One.

Casting Pyggra causes the game to freeze when Pyggra also summons a Pyggra, a cascade is made and Pyggra kills the last enemy -

I had everything but the cascade and it did NOT freeze. If that’s helpful to know. Target died from explosions hitting skulls.

chat is still bugging. got stuck on the loading circle forever when trying to connect to chat. cannot do anything except restart the game

From hereon-out, if you’re having issues unlocking the achievements please contact our support.

I have also added this issue above.

On Mobule can’t get the update. Restart game repeatedly tells me “Your connection to the server has timed out. Try again later.”

What should I do to fix this? Ty.

We aren’t having any server issues at this point in time, so it’s likely that something else is going wrong. Please contact out support @Bleuu, our team will do their best to help you.

So everyone in our guild has to contact the support, do you really want that? Seems to be a global Problem

Go to your app-store and update the game manual.

Happened when I tried to retreat from a stage 8 battle. Android, PR was Tiny Dancer.

Just got an Eye Pod pet rescue, which is probably not intended. At least the Eye Pod card says that it is unlocked by earning Faction Renown.

When using a treasure troop, is the third trait (Valuable) supposed to add 25 gold to your on-screen gold total when it dies? Mine does not (admittedly I only can test this on Gold Ring, since that’s the only one I currently have available). There’s no visual confirmation that I am getting this gold either. Curious if this trait is working as intended…