Trying to strategize treasure hunt moves; I noticed every single three-match (that isn’t caused by the player’s first match) makes the middle-most gem of the match upgrade.

However, I thought all four matches (not made by the player directly) result in the leftmost item being upgraded. In the screenshot below you can see that two fours being matched at the same time upgrade the leftmost and the 2nd leftmost respectively. 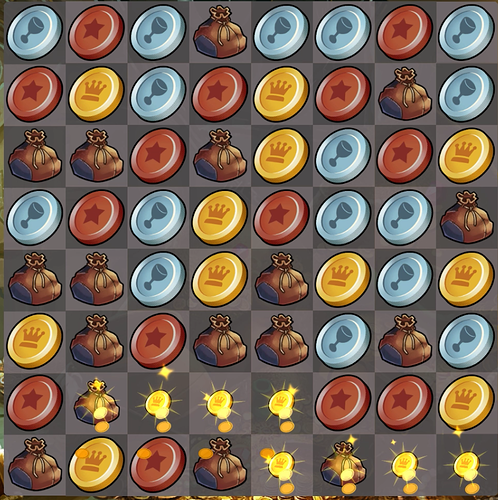 Does anyone have any idea what determines which gem in a four-match not initiated by the player gets upgraded? It seems completely up to chance.