Worth remembering that I’m pretty sure Dragon was one of the original base types, while wargare was only added when they added dual types.

I’m wondering whether the new kingdom will still come out this week, given that they are busy with the migration. I guess it all depends on whether they feel the kingdom is already completely ok or not.

@Nimhain did say in chat earlier today that this week was still the plan.

Thanks.
However, too much communication through global chat…

I think the reason for that is it’s not technically “official” till there is something on the forums. And once it’s on the forums they have less flexibility around the date. This way it’s still considered “spoilers” and “subject to change before it actually comes out”, and for the reasons you said, we could still see a delay occur.

There is too much dragons: 22 different Dragon for only 6 Tauros and 7 Wargare. It should be the opposite.

If you mean lore-wise, it’s not exactly as you describe it. You should remember that while legendaries are mostly unique named troops, Ultra Rares and below usually represent a whole race. You could assume there’s exactly one Sheggra and one Bone Dragon in Krystara, but full herds of Gorgons, Minogors, and Soothsayers.

lore-wise lore gets totally destroyed if you imagine whitehelm populated with 80% of heroes, and when you imagine every hero brings 3-4 ‘units’ with themselves walking around, what do you see?

an angel (mercy) bone dragon sheggra and infernal king obediently following a wargare archer hero, and on the other side of street crossing an elf necromancer with his angel, 2 crimson bats and valkyrie

then there is a huge, i mean huge gathering arround the pvp match maker building

if for a minute you take into consideration this is mmo…

oh yeah and if this is a single player dont forget that you (you are the hero!) are the stupidest (well almost, when you look at Tau) and most obedient person in the world, nobody knows why all these creatures follow you, it must be a divine luck of millenium, and most of the time they also do your job for you. if they thought for a second could just go create their own band and kick you or make you their slave xD

so nope i dont wanna think of dragon amount in the terms of lore. in the terms of unit choice which is the players reality they are just too many compared to some other ‘minor’ races. and in that term there is only up to 4 of each copy, not a horde so yeah dragons take majority out of a sudden 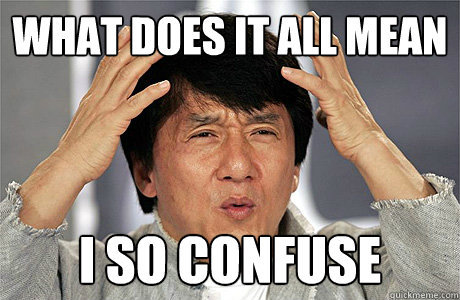 did i touch a taboo?

Lore-wise, PvP is not canon, only quests are - otherwise you won’t be able to explain how there can be multiple of a single unique character in a team, or how such named character can fight itself. PvP just doesn’t have to consider these things, its a game mode that is not bound to lore.

in the terms of unit choice which is the players reality they are just too many compared to some other ‘minor’ races.

If what bothers you is the fact that some types have more selection than others, why bother with dragons when there are other types that offer more troops than dragons (Human, Knight, Undead etc.)?

As for the ‘minor’ races, they mostly come from splitting The Wildfolk/Marauder types. Tauros, Wargare, Raksha etc. are technically all Wildfolk, and as such they are more common than Dragons. For whatever reason they were split into minor races, possibly because they were too many. The dragon race is made of multiple minor races just the same, but they are harder to split into groups with sensible names, and almost every dragon may end up as a type of his own. Also they are not hardy as numerous as Wildfolk would be right now had it not been split, so it’s not really necessary (yet).

u can also add “dragonling” (for stuff like dragonette dragonmoth, dragon egg and baby dragon) xD

They could do a lot of things, but not much reason to do that, not before they split Humans at least (those have almost double the amount of Dragons, that doesn’t seem to bother you).

took me a while, but to not further astray from the new kingdom spoiler topic - here you go:

Conclusion: I wish to see more (much more) legendaries of the other types (no daemon / monster / dragon), weather they match thematically to the kingdom or not. (put it here so u can skip all the text wall if you wish) i made this thread to get the idea why some ppl feel like there is too many dragons (and some other types that we just got used to) while others are not. this is strictly about the creatures that suppose to be ‘unique’ boss-like encounter. not the low rarity units that are …

It would be nice if the game mechanics reflected that. Nothing better than facing a team of Death, Famine, Famine, Death.

I’m so sick of the Bone Dragon I’m going to vomit. I’m not exaggerating when I say I’m close to giving up on this game because it’s BD anywhere from 3- to 7- out of 10 fights. I predict 10/10 in short order.

They need to remove the 8 base skulls it creates and just make it into the end-game-only card that IMO it should be. I’ve said in my videos before that I try not to dictate to the devs, but this is the one time I’m saying it. BD and skull-spam in general is ruining the end-game (edit: for me).

edit: A bunch of clarity edits, plus thought to add this link where I share my thoughts: (- YouTube)

Somebody posted a solution many moons ago that was great. I don’t remember what it was exactly but it would have kept BD as a viable early and mid-game troop while dramatically reducing his end-game cheese.

Scaling with armor was great when it came out but now we have troops that start with 60+ armor. It’s just silly.

I’m so sick of the Bone Dragon I’m going to vomit. I’m not exaggerating when I say I’m close to giving up on this game because it’s BD anywhere from 3- to 7- out of fights. I predict 10/10 in short order.

to change the type of battles you are facing, try changing your defense team to a lower power rating. you will find that the teams are more manageable over all.

Let’s say I did that, would it fix the underlying problem? No.

Time for this suggestion, while well-intended, to not be used anymore in defense of broken mechanics. I say this with all due respect.

BD is foiling even that strategy anymore.

I’ve given up fighting it. I set my defense team to whatever fits the week’s Event to help out my fellow gamers. And I’ve created my own meta-cheese teams for fast invades. I just do the 3-trophy matches over and over and if I get hosed, I quit and move on.

It’s all about pumping gold into my guild.