Arcanes required by hero classes are decided by the colors of bonus mastery + bonus magic. You can easily tell by observing existing hero classes.

hmm i hoped there wouldnt be two classes with same colors while there is still so many colors unused…
death knight and assasin?

Same thing with types also. We have a Knight class already, yet Deathknight counts as a Knight, and both Warlord and Titan count as a Giant.

at this rate we will run out of class-name ideas and roleplaying class concepts before we get all combinations!

I’m definitely glad to see that Stonehammer’s ability got a big improvement. I’ll keep beating on the “his Mythic trait is exactly Gorgotha’s Legendary trait, regardless of 5%” drum, but I’m still happy to see that he was improved for release!

I don’t understand why people are still saying Wulfgarok is a crap Mythic. His base stats are fairly high, his third trait is wonderful with Fenrir/Amira/Duplicate, his spell can wipe out half a team if timed right, and Impervious rounds out the package by preventing common annoyances like freeze, death mark, mana burn, and entangle. He definitely needs support- he’s not someone you can just slot in any team- but he really tears apart a lot of defenses.

Argh. Dark is already in high demand and Blood sort of is too…

I am sad to see the mythic dragon nerf. When I thought he might be OP I wasn’t calling for a nerf, it was more of a “let’s wait and see how it turns out” not a “nerf immediately”. I was looking forward to that mythic how it was.

Understandably things change… but this new mythic doesn’t feel right. It doesn’t have a clear synergy and it scales off burns but when people were doing the math before it wasn’t that much damage, and that’s with him being able to sustain the burn himself. If the damage was too much, the boost ratio could have been adjusted…not have a rework.

There aren’t any dragons that easily burn, so I am sad that I won’t be able to use it on my dragon team. Maybe there will be a niche team that uses him, but I can’t imagine he’ll be that popular in this state. I hope buffs are made since we are still far off from release.

I agree, the rework on the Mythic dragon looks kinda work in progress still.[quote=“Zuboki, post:2757, topic:1280”]
I don’t understand why people are still saying Wulfgarok is a crap Mythic. His base stats are fairly high, his third trait is wonderful with Fenrir/Amira/Duplicate
[/quote]

Agree, I am a Wulfgarok fan: looks awesome, and has great (limited) use with Amira. Better if/when Wargare troops ever get any utility.

He’s also the only mythic that can start with half his mana thanks to Forest Guardian. I really wish I had him, he looks like he’d be so fun to attack with!

I really like him. I use him with loopers (green seer/giant spider) and a Kraken to wear the team down. Then, when someone is in range of Wulfy’s spell damage, I kill two in one blow. This team is weak against frozen, but otherwise wins against anything. I don’t usually like to loop, but this team makes it fun.

Not for long! The Titan class will provide the same boon to Jotnar, assuming you have enough Arcane Blood to trait both of them. Still, I think Wulf is better than Jotnar, has great synergy with Forest Guardian, and I’m glad to see others come to his defense (even if that means Nim won’t buff him now).

I’m a bit of a Wulfy fan also! I had a team that teamed him up with a Shadow Hunter…the SH spell would always get the target down to Wulfy devour range. Good times

I can understand if they dont want the lower end of the game to be unbalanced by traits to much. But then what incentive do you have to get 1 or 2 extra health? 1 or 2 health rarely ever makes a difference.

Here is a novel idea, tie the bonuses to the troops lvl.

Even that is capped to a fixed max, and becomes less and less relevant as kingdom bonuses inflate stats. Ideally there’d be a way for bonuses to scale with your own power creep, but the granularity of stats is not fine enough for small increments (like tenths of points, etc.) which makes this infeasible for low level play.

Wonder if traits are coded to take variables the way spells are.

They do not appear to be coded to do this, at least as far as I can tell from inspecting the data.

Found this while poking around the game files, I don’t THINK it’s been posted yet… But either way, I just really like this artwork! 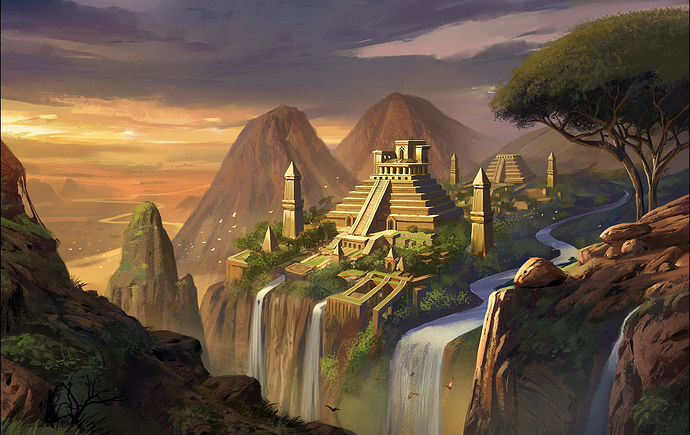