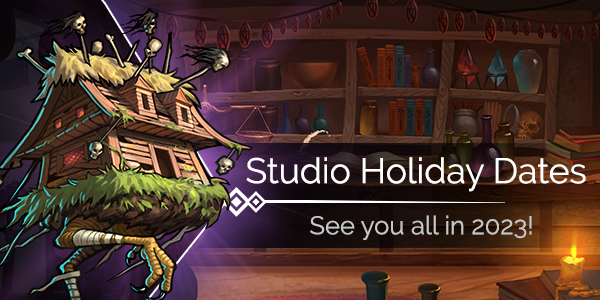 With 2022 drawing to a close, our studio will be taking some time to also enjoy the holidays!

From December 24th till January 3rd our Melbourne office will be closed.

What does this mean for the forum and Support tickets?

But look forward to seeing you all again in the new year for the Zhul’Kari rework!

Merry Christmas and Happy New Year to you all.

I noticed that too

See ya next year! Stay safe and come back with some goodies

While you’re still here, please don’t give us old pets for reworked kingdoms.

At least throw in a cosmetic one if nothing else.

Or leave them out and make the reworked kingdom pass cheaper.

What does this mean for […] Support tickets?

Well, since @Kafka in the past abandoned my 21 month long open (and unsolved!) support ticket and after you, @Jeto , taking over and also abandoning my support ticket since over three months now without any response after your questions have been answered in the ticket … it at least for me at first thought will make no difference, I guess.

Actually if you are still there, don’t bother with the Zhulkari ‘rework($)’ another paid pass on top of simultaneous other ones.

However if you absolutely insist, here’s a tip. Give one of the brown troops a useful cleansing option…

Oh yea, I started to figure it from the comments. As long as there’s something worth anything and it’s not broken right

i sure hope so… cuz tons of people getting randomly banned atm, would be nice to see this fixed… happy holidays, bah humbug XD

please don’t give us old pets for reworked kingdoms.

The problem is that Kingdom Pass main focus seems to be building up power level of that kingdom, that’s why there is 4 new troops, 2 weapons, deeds to upgrade, and a Kingdom-bonus team boost pet.

Nexus and Hellcrag didn’t have that problem, because they are new kingdoms anyway, no one have that pet before. It’s becoming an issue when it’s the rework, because most player likely already got that pet already.

I guess the best solution would be keep the Kingdom-boost pet there, but increase the amount, so there are more slot to add more pet. If making new Cosmetic or reusing previous one is too much, I guess they can add one copy from 4 of Legend Reborn pets.

Preferably the Mythic-boost in Paid Pass, so player can choose to either spend here or buy directly in Legend Reborn. So Mythic-boost pet can still remain a premium content.

We need assistance. Krinklemas is messed up. Hopefully this small group knows how to fix things because everything is put on hold as for as trophies being deducted and tasks needing to be completed. Those of us who want to enjoy the holidays with Gems of War can’t because of the recent banned fisaco. People getting banned falsely. What’s going on?

Really??? Where are they? Can I get an application there for a job where you do nothing or are incompetent? I can attempt to eliminate my work ethic to fit in.

Of course they won’t work on the weekends or national holidays, that would be silly.

Maybe on Tuesday if we’re lucky. And then only if they maybe left someone to do things that actually has the knowledge and rights to do stuff.

If anyone thought weavergate was bad, bangate is worse IMHO.

In case you haven’t notice, there’s some crisis going on. In case you also have not noticed, while people is being randomly banned, next Guild Wars are starting Monday.
We need someone with an official statement about what happened and about what you’re doing. Not after the holidays, now. It’s your job, you know.

Isn’t GW the week after next?

Otherwise yes, but I doubt anyone is even looking right now. Or will be looking at the forums until Tuesday.

What an actual dumpster fire this has turned into… 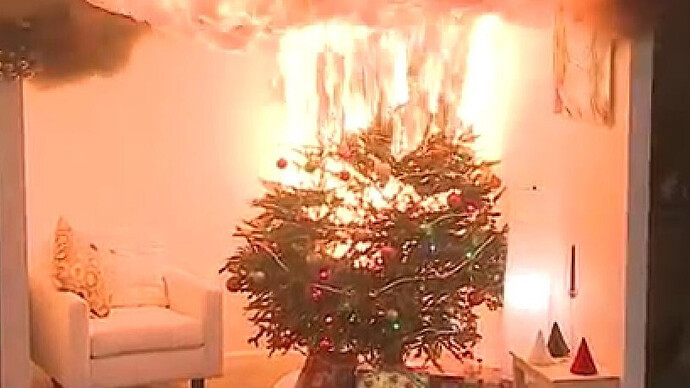 Yes but it’s the day after New Year. I see floating hints that unban would start 3/1, so…
The year is off to a good start. Yay.