do you think casual guilds have so much event keys?
even i with level 1000+ have only 24 per week
casual players how much keys do they get ten or less
all i hear is you can buy that with gems or with glory or with whatever
but i am sure low player cannot. and they dont have the best troops in all kingdoms
to build a good team to win.so maybe they can use four mushrooms? idk

there actually a rule in coded to the gamemode that wont let you use other troops during the raid?or its a guideline as you can use any troops you want in gw it just gets you more points if you use full color team?

yes i think so .only event troops allowed next weeks raid .not what troops you like

And we are supposed to have a devoted team slot for it… since I don’t see it in my troop menu. I am assuming that it will be tied to the Raid menu. So it would seem feasible that from that Raid menu we will have access to only Raid Kingdom troops and Hero Weapons.

Raid Boss + Invasion both have a Shop with different Tiers

Each Tier can be purchased with Gems

So if players want to buy the super killer troop for the Event (the one with x3 to x5 damage), they surely have to go through buying kingdom-of-the-week troops.

Did you save gems?

Did you save gems?

With the gw now every 3 week it gonna be impossible to do it every week, i really hope we can win some gems during these new game modes.

Edit: also i see we can buy more sigils like i was affraid, it really going to be a pay 2 win

With the gw now every 3 week it gonna be impossible to do it every week, i really hope we can win some gems during these new game modes.

Yes I hope there will some baance between rewards and what we need to spend. Like enough ressources for one copy of the troop but if you want to get it to mythic, you will need to use your stock of gems.

Edit: also i see we can buy more sigils like i was affraid, it really going to be a pay 2 win

I guess that it will a limited number of sigils… but yeah not a big fan.

I guess that it will a limited number of sigils… but yeah not a big fan.

Even if it’s limited, people willing to spend every day will get huge avantage since you win guild rewards and individual rewards based on the leaderboard

Hi @Saltypatra and @Sirrian i just saw you were online, sorry to bother you but i just wanted to know if you guys will be able to post more details about raid boss event before it start?

I’m not online you have seen nothing…

I’m not online you have seen nothing… 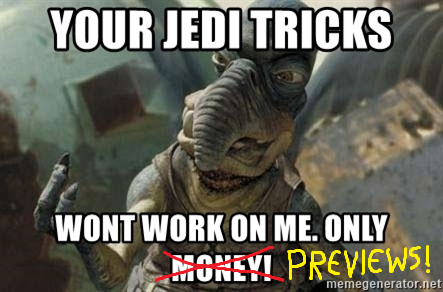 I’m looking forward to this. I enjoy making new GW teams and I think it could be fun having to use only certain troops that I never use. I just hope it isn’t as easy as dungeons or as repetitive as PvP.

Wait… How am I supposed to win without Infernus?

Back in the day when event troops could have a 50% buff. I used to make new teams every week for PVP with mainly event troops.
Though I’m not opposed to the idea. It’s definitely going to give players in top Guilds a huge advantage. Since they are the ones with the luxury of being able to…

It’s definitely going to be interesting how the raids balance. I can think of at least a few Kingdoms where there’s zero synergy when using 4 troops from that kingdom.

think it is a pretty safe assumption that there will be only one “weekly kingdom”, but if I’m wrong, it wouldn’t be the first time.

So all I have to do is build teams around Dawnbringer? Ahh too easy then.

i can’t imagine wanting to dawnbringer the boss… uncolor blocking it would be a bad idea, unless its a complete pushover in health/armor.

You lost me at…

Looking at the troops in the Spoilers there’s a raid boss for different kingdoms. Zuul goth is a karakoth boss and the event raid seems to be karakoth based. This is leading me to think that the event troops for the raid might have to also be from karakoth and NOT the event kingdom, (in next week’s case shentang) so we can only wait impatiently.

If I had to guess the new game modes will work like GW. Although it is not mandatory to use troops of the colour day, you get a bonus multiplier for doing so. So use event Kingdom troops in raid bosses to get more points, but there might be players that would do better just using teams without restrictions.