This isn’t a nerf thread.
I’m just saying…
If murder kitty isn’t getting nerfed, then at least buff Wulgarock.
Can’t you hear his anguished, weepy, cry over the pitiful single target damage he does?
Come on. Show some love for the puppy too.

I showed up here to 100% fully completely disagree. Thank you all and have a wonderful day.

(Devour is not to be taken lightly.)

Devour is not to be taken lightly.

Honestly, devour is a huge mistake in my book… Maw was able to devour in skulls hits (5% chance or was it 10%…?) and sometimes it cold get really ridiculous when the first skulls would grant a huge boost to his stats, sometimes enough to kill the next enemy by sheer damage, and then after a cast it would devour the third…

15% iirc. And while that trait was really broken back then, a lot happened since then (no more skullmatch damage carry over to the next target/different match clump resolving, though mostly just how ridiculously powerful some troops’ spells have become) that would actually make this trait seem almost reasonable now

Right, well Kruarg could even inherit the 15% chance Devour since “blobs” of the same gems/skulls are not activating multiple triggers and it doesn’t have any other way to devour more troops.

Back on topic: What hinders “Wulfs” is how low his damage boost is, which is kinda fair when you consider the benefits of devouring another troop, the problem comes when the target is immune to devour… The point is that “Ubs” is just too powerfull, and with waaaaaaaaaay less restrictions for his damage boost which ends up being waaaaaaaaaay stronger against two of the best possible targets.

If the devs would switch Ubs and Wulfs effects, in the sense that Wulfs would kill another target and Ubs would get a chance to devour one of the two weakest targets if the other died maybe things could feel a little more balanced?

If the devs would switch Ubs and Wulfs effects, in the sense that Wulfs would kill another target and Ubs would get a chance to devour one of the two weakest targets

I meant as 100%, as in the second weakest troop wouldn’t have full stats to give a huge advantage, but now i realized i didn’t considered cases where a cast from Divine Protector cripples one troop and fill Ubsif he is above Infernus) allowing him to devour an intact enemy… 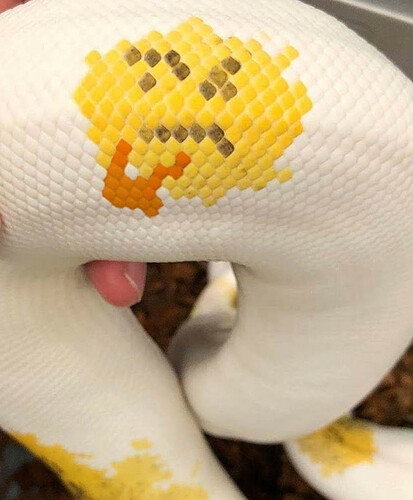 Many of the supposed Mythics need a serious buff.

A few others need a nerf.

Many of the supposed Mythics need a serious buff.

A few others need a nerf.

Not all mythics were created equally, neither should they be. Seems kind of boring if they were all calibrated to be about the same. There needs to be a reason to chase the cooler ones, but if they were all on the same level none would stand out.

Besides, improving mythics across the board simply accelerates the power creep needlessly and will increase the number of nerf request threads dramatically. The more powerful troops there are the more ways the AI can dispense with you in unpleasant & distasteful ways.

I saw leggings, my mind is sooo dirty.

Yeah, noone wants to make them the same, just bring them closer together in regards of their powerlevel. And there is a huge and vast room to do so, seeing how far apart some of them are.
I mean i know It probably won’t happen, because powercreep has literally become the balancing/business model of this game, but we can sure wish and hope for it.

Honestly Ubastet should be a single cast troop as it was pre release. Really makes scorpius look like a joke now…

Just delete that troops and everything will be fine. i can collect all uba lovers tears and drink them to the breakfast then

Keep it constructive, this thread is not about Ubastet…

I was going to say, Scorpius is the one really losing out here, since Ubastet is doing basically the same thing but better in literally every way.