[Not a bug] Unintentional Sneak Peek? 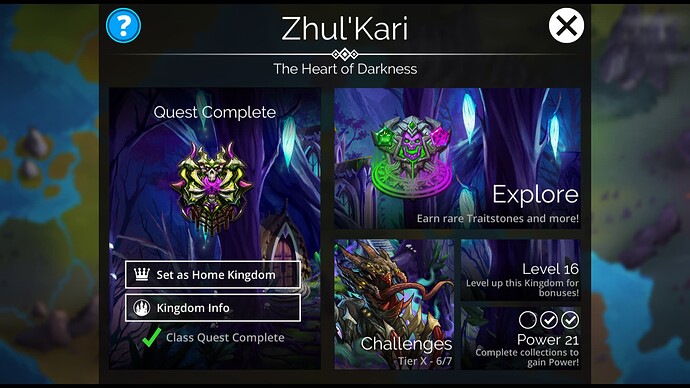 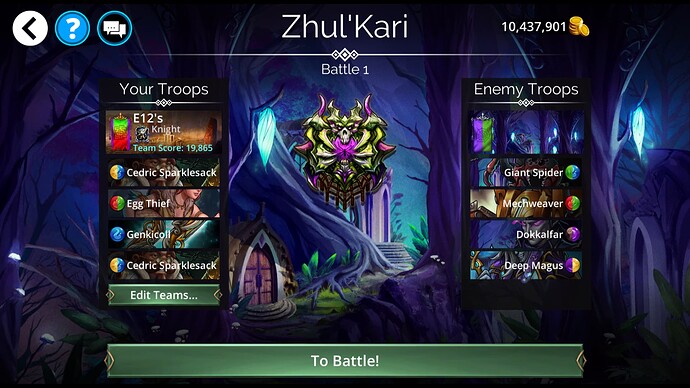 What you were expecting to happen, and what actually happened:
Clicked on Zhul’Kari and saw new background instead of the Zhul’Kari kingdom art

How often does this happen? When did it begin happening?
Every time you enter the kingdom. Noticed it after 6.6 update.

Steps to make it happen again
Just click on Zhul’Kari or start an explore there.

This is a little sneak peek, we have updated the background art because the old one was a bit off but this is in preparation for the next Legends Reborn event, coming in the next few months - so keep your eyes out!

A little bit more of a teaser is part of that update we will also be reworking the storyline (Tyri is staying!) and reworking since underpowered Troops from that Kingdom.

A little bit more of a teaser is part of that update we will also be reworking the storyline (Tyri is staying!) and reworking since underpowered Troops from that Kingdom.

Since I got pointed here from a different topic, what happened to the Broken Spire troop rework?

Heyas, just as a little more info, we had to shuffle around our schedule a little and as we had to push some things back anyway we thought it would be very fitting to have the Broken Spire rework around the 8th Gems of War anniversary as Broken Spire was the very first Kingdom.

so is Broken Spire rework still on time (this time)?

There’s many promises of future delivery (overdue daily offer changes already featured in patch notes, Broken Spire rework, Dungeons/crafting changes, and probably more I’m forgetting) that I get worried/skeptical about more future ones being thrown out without current ones being resolved.