You’ll have the chance to rescue the Tiny Torte again in the future.

And Halloween and Christmas are every year as far as I’m aware? I was just mentioning that due to the high concentration of holidays at this time of year where we like to send gifts to our players, that we can’t always do so for each one.

If the rewards need to be so tight, to the point we can’t get a cosmetic pet that at best will rewards us with some progression of the pets upgrades bar and 5 gems or an Orb of Chaos, why not simply give us a pet at level 5 already so we can’t/don’t need to upgrade it anyway?

Sorry, i don’t know how to put it mildly Salty: Not having a cosmetic pet sent by mail just because the publisher is being cheap is a dick move!

If the new order is to be so skinflint they may as well request to take away the gem keys in the codes for the whole month of December. That would probably give them a profit margin of two cents per player by the end of the year and allow ONE WHOLE marshmallow, instead of a half one, in the hot-chocolate mugs for the CEOs…

I do wonder what dollar value is assigned to cosmetic pets.

I suggest a “cosmetic” Wednesday to send out pets that were exclusive to one month but couldn’t be given freely due to restrictions from 505.

PS… Those who don’t get the pet in the 24 hours released will be less likely to spend gems on pets. Cause they can’t complete their collection due to real life. The goal of the devs/publisher should be to entice players to spend gems. Not turn them off to the whole concept because the Anniversary falls too close to the holiday season.

To 505,
I would love to spend money on GoW this holiday season but with all the new games that are coming out. I simply can’t. And by can’t…I mean I am telling my wallet not to spend money on GoW because the publisher is ruining a game I love.
If you want money. Give us things worth spending money on. Taking things that were for free, and deciding to start charging is not the way to do it.
Make a Mythic 3 Color Weapon that can only be received with actual money. Just make sure the upgrades make sense… For the love of God make sure the weapon upgrade makes sense.

Back to the cosmetic pet. Make a shop where for $1 you can get one copy of every cosmetic pet released thus far. Have the shop be open all year round. 505 gets money…players get the pet they’re missing… It’s a win win.

Well, there are costs involving the art, but we can’t assume much from art alone because… reasons…

I understand your frustrations. There are a lot of holidays coming up and we always endeavour to do nice things for our players, so we are currently focusing on those events and rewards at this point in time.

We have always sent out rewards to our players, and don’t plan to stop doing so. We want to thank you when we can, in the ways that we can, whenever possible. I wanted to be transparent with you all regarding this issue, so now I will take my leave.

Sorry Salty my frustration got me earlier so i do apologize.

I just couldn’t understand how we could get tiny tortes more easier when all event pets came by annually (unless you plan on releasing new ones) at the same time the holiday ones were given out free copies.

I appreciate you doing a brilliant job in a restricted environment by the publishers but dedicated players like me who has spent a long time and money on the game can’t help but feel punished when things like this happen.

…can’t help but feel punished when things like this happen.

It’s really a small thing, so small that denying it to us evokes a sense of pettiness…
Anyway, i hope you daughter gets well soon.

A little easier to get?
Which part am i misunderstanding?

So halloween and christmas etc pets are given out free copies but these holidays come around every 2 years now?

And Halloween and Christmas are every year as far as I’m aware?

@Saltypatra I think what they mean is how it isn’t easier to get the Torte than to get, say, the doll from Halloween. Because, both your guys’ anniversary and something like Halloween come, but once a year. So, how is it easier to get the Torte? Honestly, wouldn’t it be harder, in a way? Because it didn’t come in the mail like the Halloween doll. So, if say, an Xbox player (like myself) wasn’t near their Console during the 24 hrs Torte Rescue, they just completely missed out on it until next year (unless you plan on having it randomly show up for something within the next 11 months). I think that’s what people are upset about (mostly). Am I right, guys?

For the record, Salty, I say this with no anger or anything. Just trying to help

Make a shop where for $1 you can get one copy of every cosmetic pet released thus far.

You know, that brings up something ive wanted to talk about for awhile. Where are the Micro-transactions in GoW? There is nothing below 5 dollars (4.99 US + tax) in the Shop. The only real $10 items are a couple of Avatars, Arnors, and a pack of Guild Keys. But, a lot of stuff is $15 or $25, or $50.

Don’t get me wrong, I understand the need to make money, I just wish everything in the Shop wasn’t so expensive. I’m not even talking about their perceived value (that’s another conversation for another time). I’m just talking about purely what the Shop is asking for. I mean, almost any F2P game I have ever touched had .99/$1 purchases. Some even have $1.99 or $2.99 along with high tickets. But, a lot of GoW seems to be high items, or at least not super small ones, like the name MICRO-Transactions would imply.

But, yeah, @awryan, since you brought up a $1 shop item, I just thought I would mention this as well. I have been meaning to talk about it for awhile.

Thanks Jonathan
That’s exactly what i meant

Anytime. Generally, I try to just keep the peace on here. I like Salty and a lot of the other Devs, I’d prefer they aren’t stressed out by miscommunication.

Honestly, for the record, any time I make a comment talking about how I’m irritated with something about this game (as far as it’s practices), when I say things like: “I hate what ‘they’ are doing”, I usually mean 505. I have no issue with Salty or Kafka or any other Dev on here

The timing of our birthday is a bit unfortunate, in that it falls between A LOT of major holidays. There is a limit to the amount of things we are at liberty to give away, so we can’t do as much for our anniversary as we would like. It falls near Halloween, Thanksgiving, New Years AND Christmas, all of which are major holidays that we like to celebrate in-game.

That sounds weird. Are you saying that if the birthday were in February, you could give out a greater number of gifts throughout the year? What’s keeping you from moving the celebration to that month?

That sounds even weirder. The other special event pets won’t ever repeat, so there won’t be celebrations like Independence Day next year? Sad news.

We could move the Gems of War birthday to later in the year, but then it wouldn’t be our birthday. Call us old fashioned but we like the idea of having it as close as possible to when the game was started.

Tell me about it, sometimes when i try something new it turns out the results are quite the opposite from what i expected…

For example, in my current state i have a… deficiency… when trying to convey some emotions easily perceived by facial features, which i lack, then i spent a lot of time trying to solve this problem and when i went to test my “happy face” people simply screamed and ran away from me. 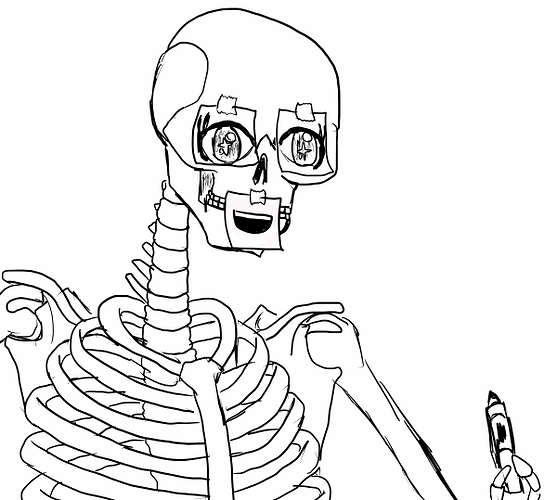 We could move the Gems of War birthday to later in the year, but then it wouldn’t be our birthday. Call us old fashioned but we like the idea of having it as close as possible to when the game was started.

You could leave the Gems of War birthday at the current date, but then you wouldn’t be able to celebrate it. Call us players old fashioned but we like the idea of having a birthday celebration.

Call us old fashioned but it’s our decision to leave our birthday when it is, on the day of our brith.

@Razzagor did you draw this? If so I admire the dedication to your storyline. I love it!

@Razzagor did you draw this? If so I admire the dedication to your storyline. I love it!

Oh i didn’t draw it, i don’t have the proper skills yet. And yes i’m really commited to the joke, and i still have plenty “skeleton memes” to use when an opportunity appears.

Do you store them in the closet?

And that’s another whole other issue for us skeletons, if we are inside a closet, for any reason, there is a pun for it. If we get out of the closet there is also pun for it…

You meaty bastards should check your privileges because only the second pun applies… Unlife is suffering, but i use jokes to cope with it: 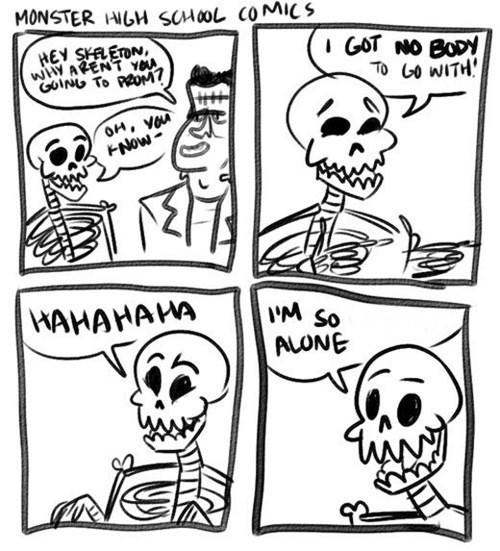