It just got out on FB page: 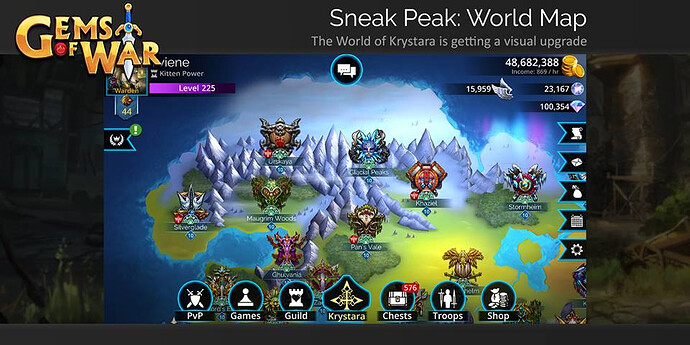 To be fair the new UI was certainly made with MS Paint… So i guess everything will be on the same theme.

The krystara button is weird Maybe if you click on it It will switch to underworld map?

I thought the same thing.

It looks brighter in color, more of fantasy. Which is ok, but I thought they had kinda done away with the fantasy aspect of the game when they changed the UI to black and blue…

I like the Aurora Borealis close to Stormheim, maybe it’s an animation like the passing clouds present on hidden parts of the map but themed for the icy landscape.

That would be interesting, I also like that part!

No more lines on the empty bits so we can’t guess where kingdoms are. Sneaky.

Those have been gone for a while. Around the time Dragon’s Peak came out, IIRC.

To be fair the new UI was certainly made with MS Paint… So i guess everything will be on the same theme.

Y’all are both wrong.
Clearly it was made with… 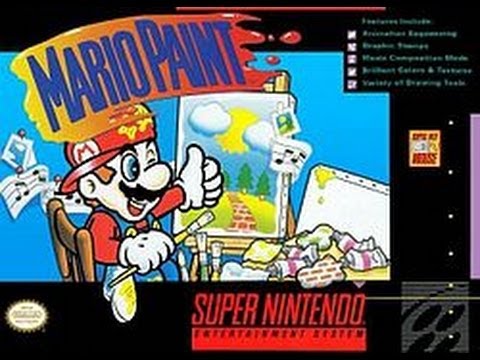 I just thought of something, if Gold is the currency of Krystara, does that mean that there could be another currency for the other Map Underworld?

That would put a lot of people’s souls to use. Btw not a bruh lol I’m a girl

No new currency on the screenshot.

The Krystara button looks like some directional arrows… Not sure if it will be used like that or it’s a symbol to represent Krystara… Maybe different plans that we can go.

Didn’t mean anything by it, just needed to hit 10 characters

Bad stuff: Looks not very great and it definitely gives me vision problems (not enough contrast lineart, it all blends into each other)

Good stuff: It looks like they did away with the black overlay around the edges of the screen, which makes it seem less goth and the area bigger. That is much appreciated.

Sigh…I really don’t mind a map update, seriously, but why does it have to be so difficult for vision-impaired people again? I get that colored lineart is the latest fad, but I just…want to see stuff.

It’s really okay for the mountains, but… the rest is pretty blurry. It’s not a red-green-issue; that is somewhat fine (the yellow part around Whitehelm is pretty bright, but the rest is okay). Just an issue for poor bunnies who are really more than half-blind.

Where the hell is the HERO button?
Maybe in the shop ;p