Correct yeah, you have to find the stairs before the battles. So that’s why some screenshots say level 3 but there are stairs descended on the said screenshot (so the rewards were received for level 2 before the stairs were found and the screenshot just taken at the end of the run) 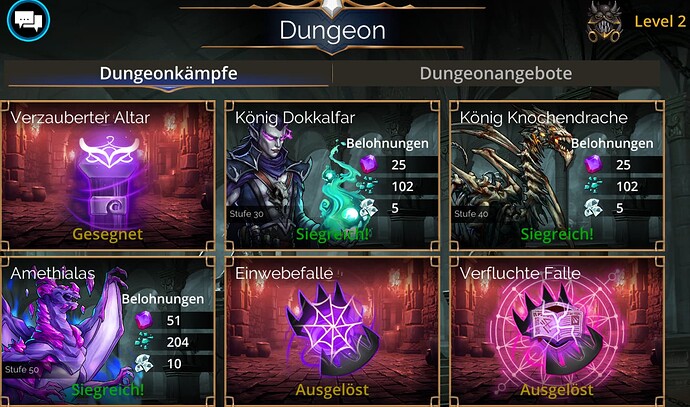 It looks like every day/color has a specific trap which has to do with the bosses or the color (doesn’t matter).

The stairs seem to never be traps since all pictures so far show always 2 traps and 1 stair (in both directions).

If the level increases all rewards, we will end up with 120 Dragonite at level 20 for a perfect run, which doesn’t sound that bad anymore (Increase of 50%)

The estimated level for the rewards can be calculated, if the player keep telling us their order.
I will always go with 1,2,3,4,5,6 since it seems to not matter (unless it matters somehow, what we might figure out in the future (maybe everyone has the same bossrooms each week)

I’m about to put up a bug report. Coloured Jewels are bugged 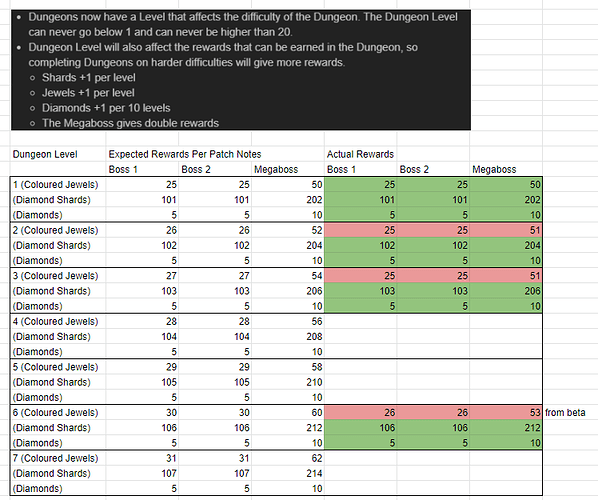 Ok there is that bug , but
there is no Diamonds increase for higher levels ? Ugh
That is intentional ?

Dungeon Level will also affect the rewards that can be earned in the Dungeon, so completing Dungeons on harder difficulties will give more rewards. 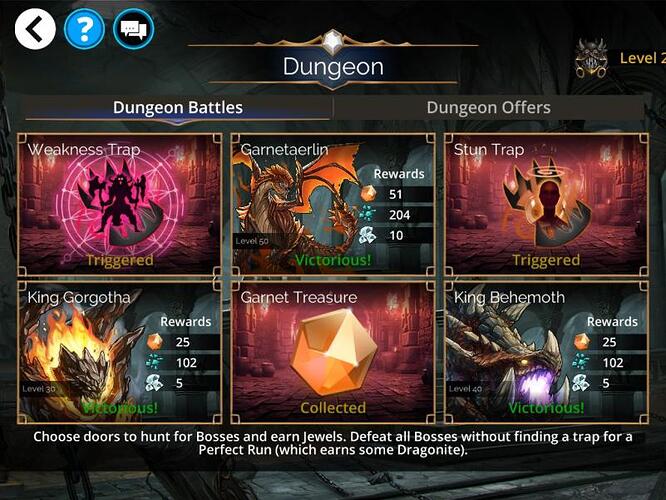 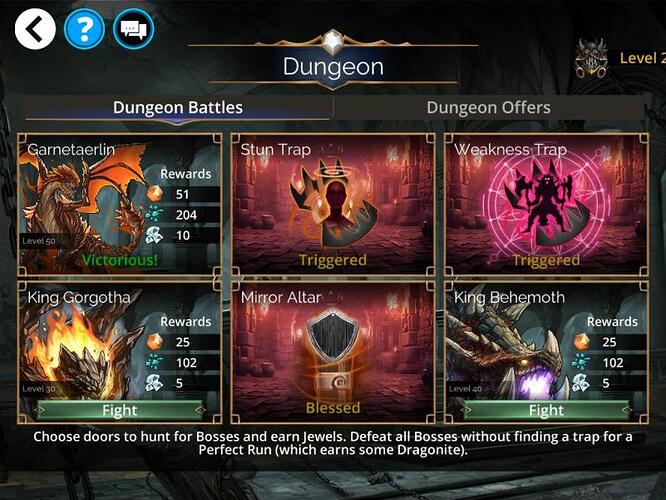 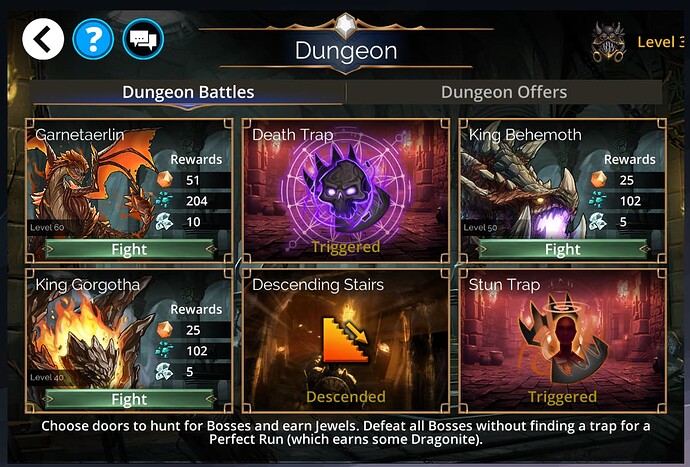 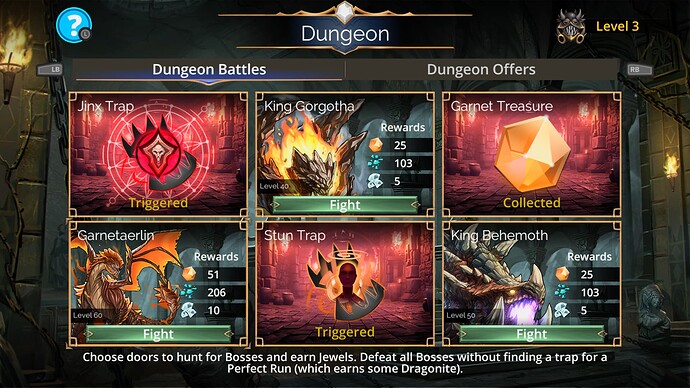 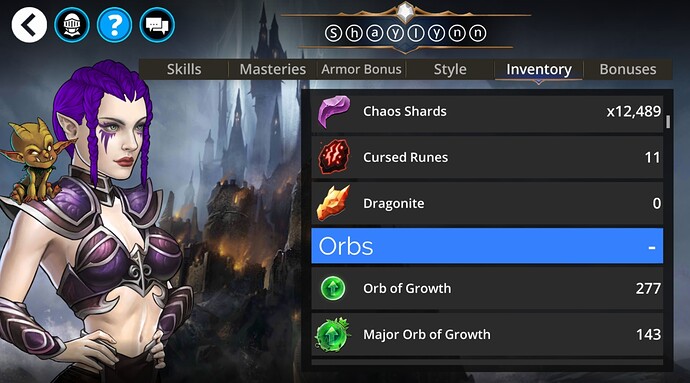 I have lots of s/s, but will just post today’s.

NB 2 accounts are 3 years behind on stuff, actually both don’t even have a single class at 100 or many impervious troops at all, certainly nothing with any team synergy, think Dragon team doing 15 damage with Krystenax on 1 account and 22 damage on the other 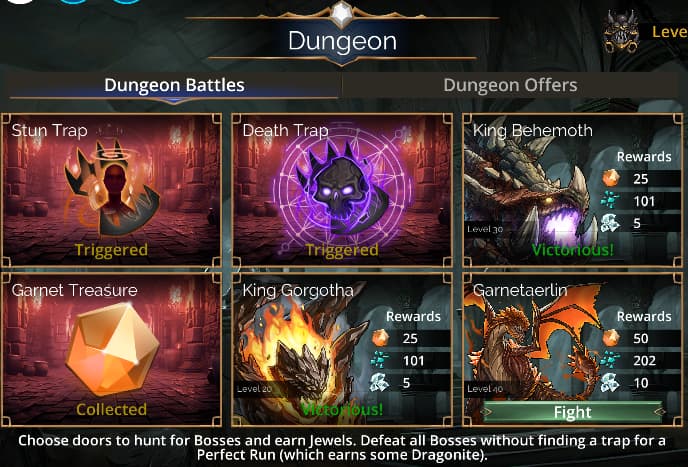 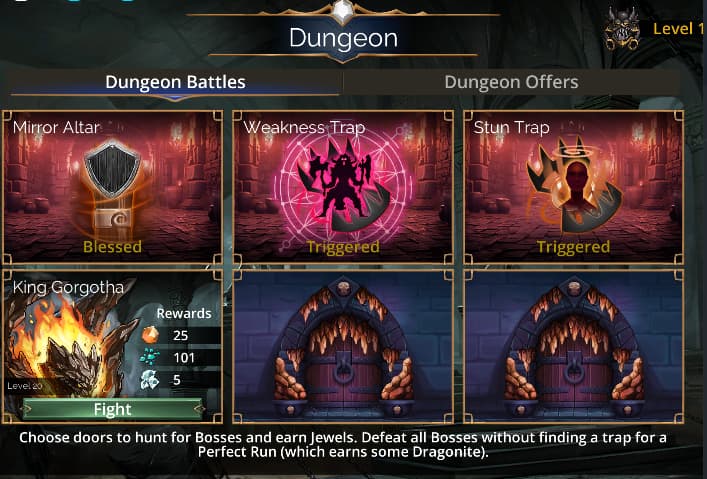 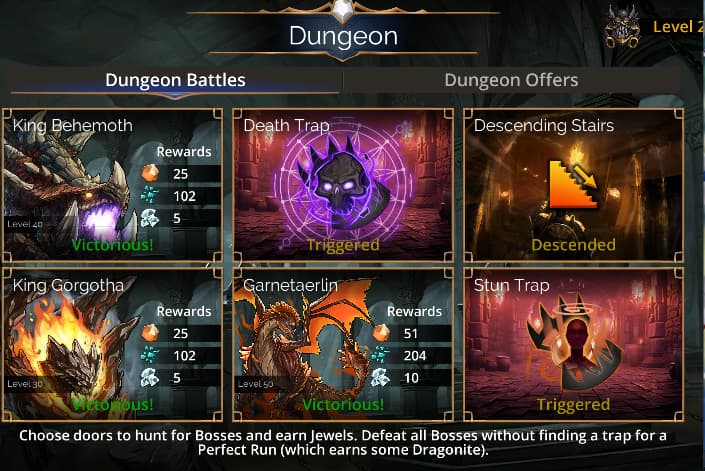 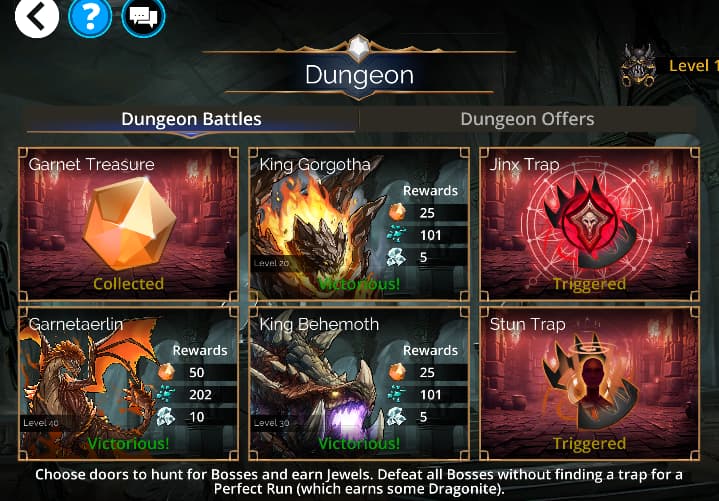 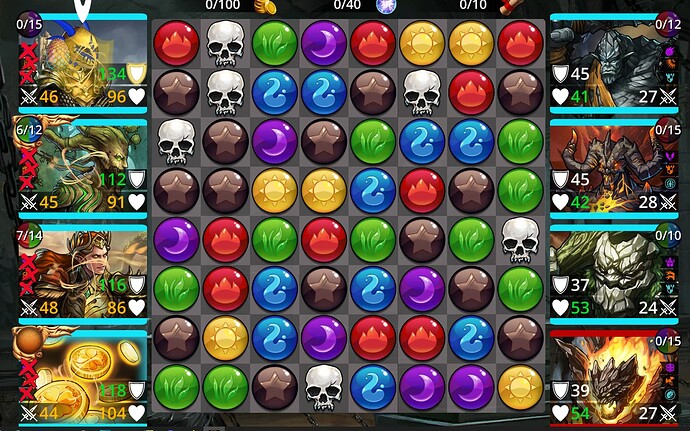 And here my dungeon doors as always 1-6: 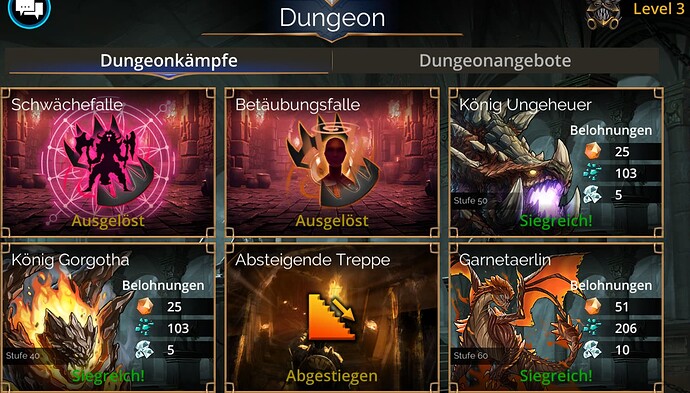 Likely not relevant, but this being IP2 programming, i’ll now start opening 124536 (which incidentally would have meant dragonite on my dungeon today)

0 perfect rngs so far. This is utterly useless mechanic. Could put New Troops behind paywall as well completely without this fantom carrot. 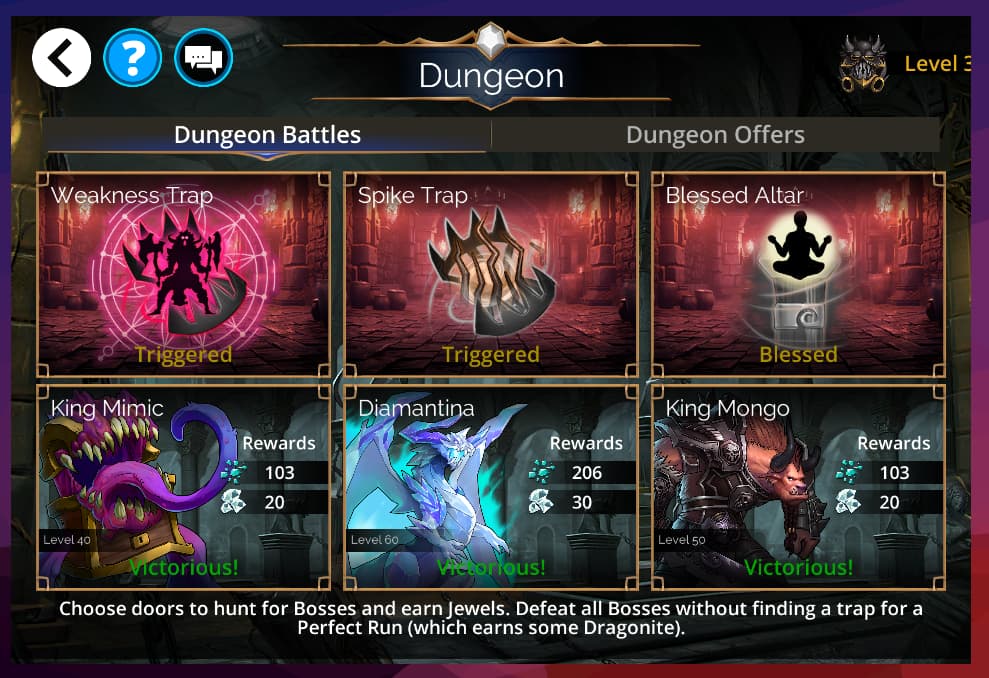 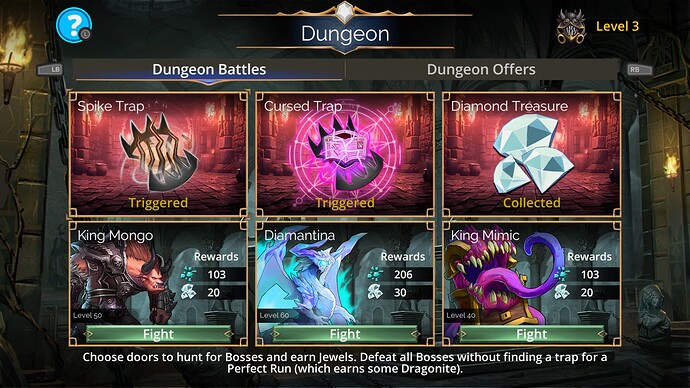 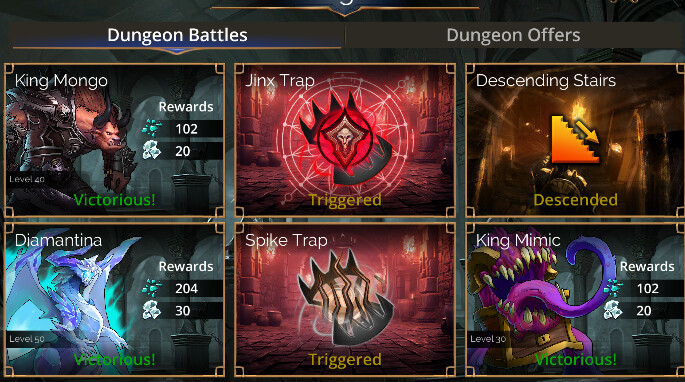 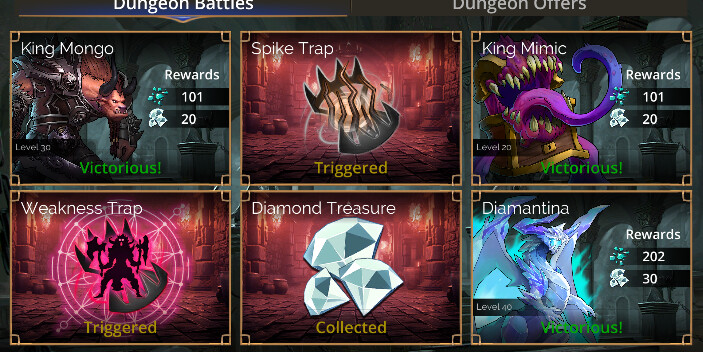 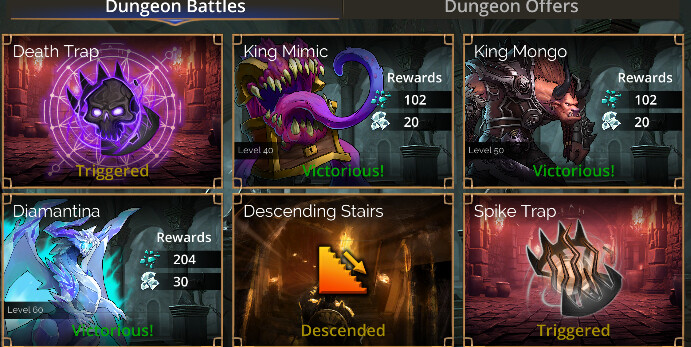 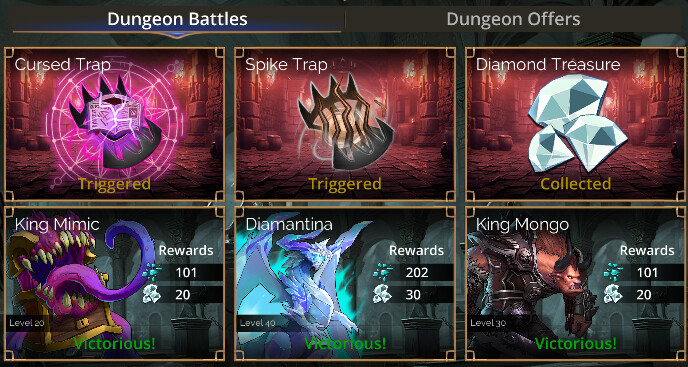