Going off memory, here, before adding the ‘give life to all allies’ part of the spell, I believe Faunessa’s ratio used to read 1:1 to reflect damage:‘enemy attack’.

@EliteMasterEric may have left it unchanged; my Faunessa in-game is reading 3:1 at the moment, as well (so both could be ‘correct’, so to speak, just referring to different things).

My Faunessa’s base amount of life given seems to be at Magic+1, rather than Magic/2, but it could be that @EliteMasterEric hasn’t had time to update it since this:

A small mistake went out with Faunessa. So we’re going to reduce the boost from the “Give Life” part of her spell. We’ll also be reverting her Magic scaling.

Thanks: was wondering if the version we have now is the final one: because yesterday I faced a 1:1, and wanted to know what was going on, and whether the mythic version had a better ration than my epic version. 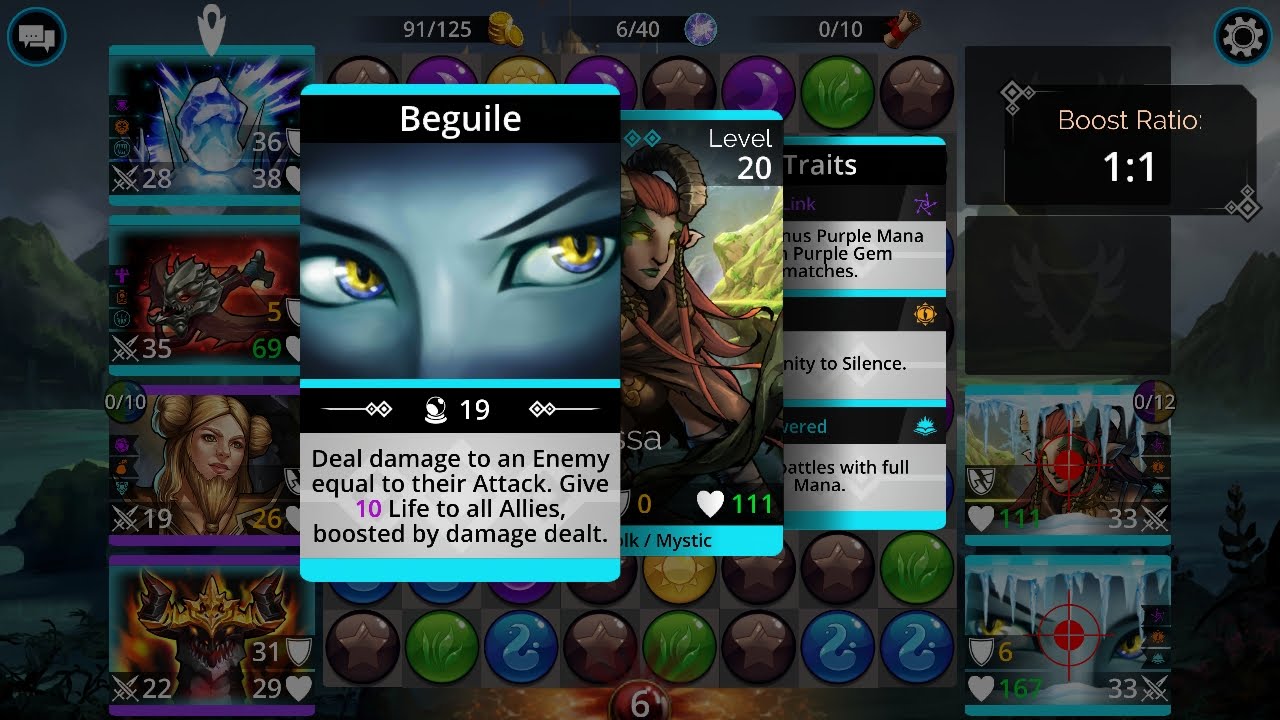 It’s not too uncommon. Bless/Curse existed long before there was even one troop that featured them, you had to use a “random status effect” ability to do either.

It’s quite the exception. I don’t think devs put them so that players could use it through random status effects…

They were more fairly treated than the oft-denigrated Wild Queen, whom basically nobody liked before. And also, QA has been replaced by TPK in so many teams because splosions. Sorry, unicorn fans.