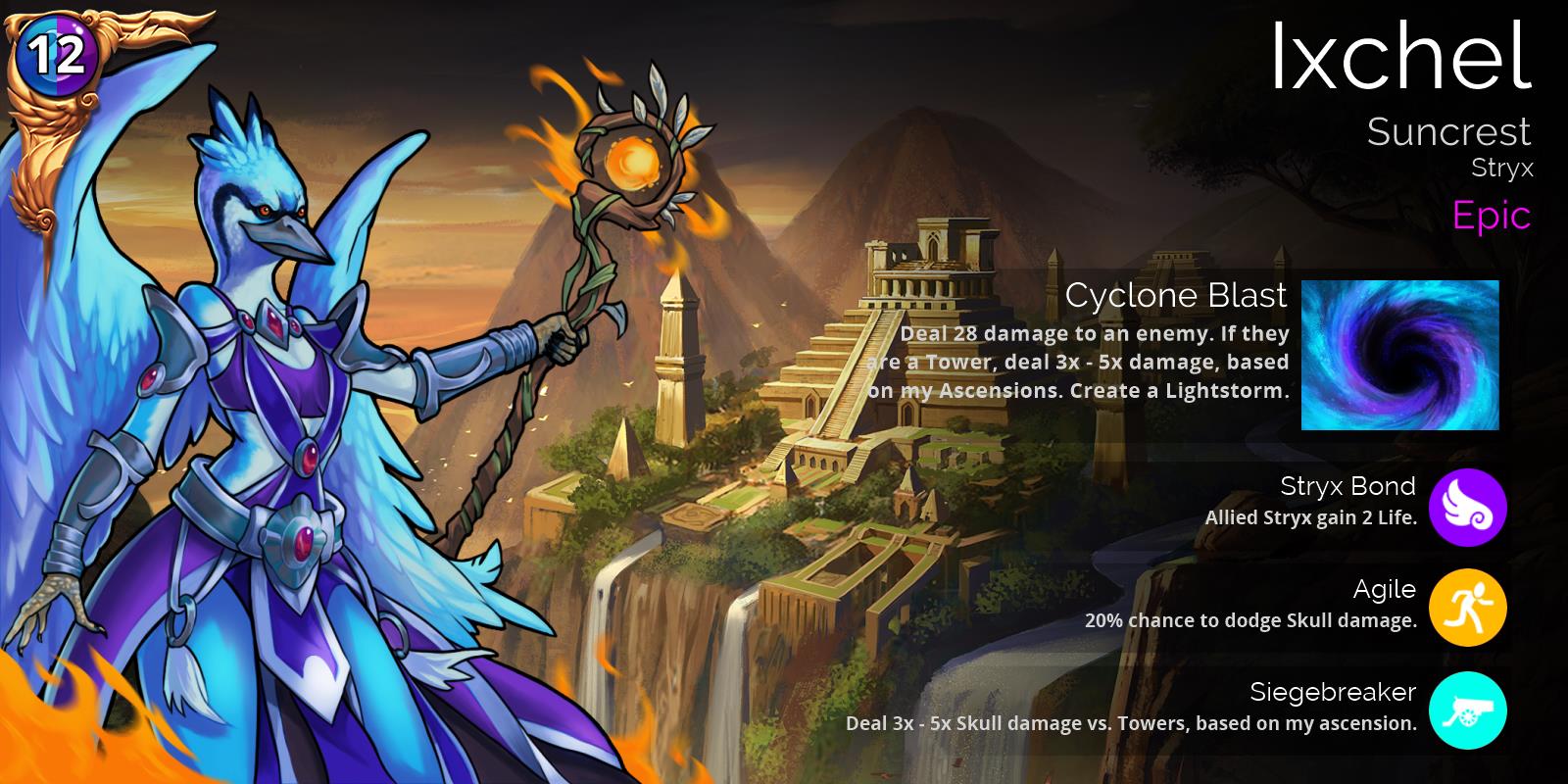 Ixchel has returned to lead Stryx during this weekend’s Invasion. You can get her from the Event shop during this event. 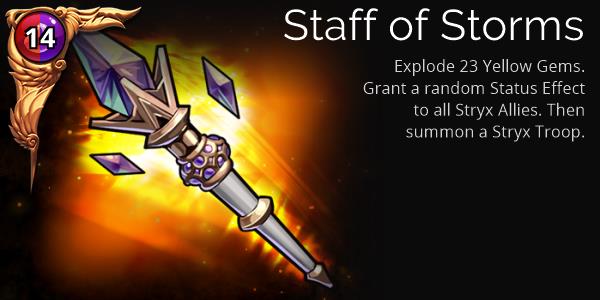 Please note that the Emoji Set and Title collectibles that players can earn from this event were released with another event in the past. This means that some players may already own them.

Weekend’s almost over, but I’ve been generally wrecking shop with Finesse, Stormsinger, and Ixchel. Stormsinger feeds Ixchel Blue Mana (preferably getting extra turns in the process to trigger Finesse’s passive buff) and with basically everybody generating Mana Storms, Finesse’s cast also gives everybody else some mana back for an easier next cast.