If this game was a food, it would be hot dogs

Why’s that? Cause the only thing you can choose from in pvp at lvl 1000+ is whether you want to play vs single, double or triple Famine, combined with deathmark (mostly Death, that well balanced blue common or the newest brilliant invention deathknight… curing cancer by adding more cancer is a smart move) and any form of devour (mostly Kraken and Kerberos).

If the board is in your favor (multiple match 4/5 right from the start) you can stomp the ai with ease. If it is against you (unlucky drops, gems created dont match up) it can be super freakin’ hard).

Guess I’ll be taking a pause from playing for a few weeks and see if eating meatless hot dog buns with or without hot sauce brings any joy after.

Hey, feature request: Let me subscribe to a newsletter so you can inform me when Famine and Kraken get a fix and deathmark is removed entirely and maybe I’ll come back then (ever tried Kraken-Kraken-Giant Spider-Kraken? match 4 ten times -> win) Well wait, BD was fixed when exactly, after 1.5 years? I’ll sure be checking my mails in 2019.

tl;dr: Bring back the meat!

But I feel your pain. GW has made 95% of defense teams include devour and deathmark troops along with Famine. I don’t usually find Famine to be a problem unless he’s getting mana surges 2-3 times in a row for 2 casts in a row, which happens often enough to be noticeable.

And then there’s those games when enemy kerb/krak will devour 2 for 2 and it’s just gg simply due to RNG. In fact, one devour is usually so hard to come back from as it is. So I’ll have a fit of rage and next game I’ll use kerb/kerb/forest guardian team and cast three kerb spells and not get a single devour. SMH GoW needs to do away with “percent chance to instagib” mechanics.

I would say GoW is like a box of chocolates; you never know what you’re gonna get. 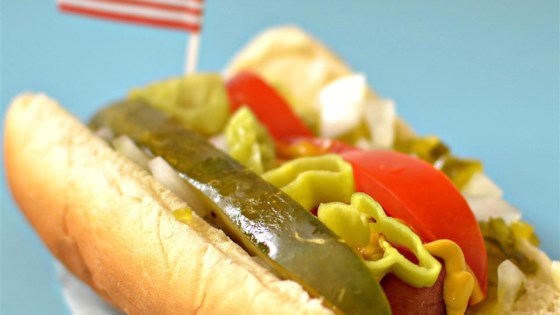 A hot dog without ketchup? Blasphemy.

As for the OP, I’d have to agree with Brandon. GoW is definitely a box of chocolates. Sometimes, you get that yummy one with the gooey caramel and almonds, it’s heavenly and makes you squirmy and happy. (That’s finding the perfect synergy for a whole team. Deckbuilding nirvana.)

On the other hand, you might bite into one of those nasty abominations with a waxy, white center. (This would be pretty much every end-game PVP match against an over-used defense.)

This is offensive. Hot dogs are only intend to be eaten with mustard. Ketchup is an abomination!

Go play chess. No RnG there…

I thought hot dogs were supposed to be smothered with Cincinnati style chili and shredded cheese.

This game is a buffet but when you just learned eating hotdogs in your childhood you wont see all those different dishes!

Think more, win more. No Famine needed. I have all troops and what do I use in GW pvp BROWN day for example?
No Famine

It works wonders against enemys slow drain Famine. All troops get 300+ armor and in one game the enemy got lucky 3 full team drains. And what? Doesnt scratch that troops. Emperina buffs Honors massive stats, Honor keeps the rest alive, Cackatrice drains the enemy and produces brown for Honor. Playing against lots of DK? Take Khorvash for his passive stun in 3rd place. Didnt even cast him once in GW. Cycling, draining until oneshot was more effective. Sideeffect: Honors Armor buff gets boosted by stunned enemies -> instead 32 aoe armor all gain 52 armor in my team…

Same goes to teams in blue with nyx. She drains Famine, fills your Khorvash and Mab.

Whats filled faster in green? A player controlled Forest Guardian that starts at 50% mana or a AI controlled Famine that need 20 mana? Forest guardian -> Spritit Fox Famine -> Hit Famine with Wulfgarok and eat another -> Half enemy team down, while yours is shielded.

@Brakkish ahh but that would be a chili-cheese dog😉

tl;dr: Bring back the meat!

your topic title made me hungry, or rather… hungrier

for me before guild wars gow has been potato chips:

however with the addition to guild wars, gow totally changed into a smoked fish