Ironhawk 3rd trait damage and dust devil damage are the same for newbies and end gamers. They screwed end gamers. So new players, go grind, grab the opportunity to be an end gamer soon. Alt accounts, it is time to shine!

Some of us weren’t even that lucky with RNG. I can craft one GAP, having just gotten a copy of the necessary verse 2 days ago. I had plenty of gnomes the week-long event, but not many Mana Surge gnomes. I don’t think anyone pointed out yet that you’re comparing a week-long event with a weekend one, as well. This feels very blanket-punitive for most players. Gnome-hunting and associated rewards is one of the few remaining areas of the game that is fun. It’s still a gamble in so many ways, though. Will you get Mana Surge gnomes, and if so, which? Will it be enough to craft a GAP? Of course you want to win and do as many battles as possible, thus increasing your chances of rewards. This game is a constant grind, and any rewards are always a gamble. What person plays to lose? Not everyone reaped that many rewards. In fact, in your statement, you said 1% did it too fast. You have already nerfed the numbers of gnomes, now you are nerfing the rewards. This is not good public relations for your business. Please stop punishing us for doing what we are encouraged to do.

The nerf is bad for every player and the funny part is that IP2 doesnt even realizing how much it harms their economy (despite they are claiming that they do so to protect their economy)
And here is why:

For end gamers aka veterans and ancient players they are punished for being efficient. But its those people who are helping the new players, testing out stuffs and even making the game competitive. Without end gamers the game is is less challenging and some players will leave the game of out boredom. (The sole reason why Gw still exist. Think about that aspect for a moment IP2)

How is it for mid gamers? Those arent so competitive but also are punished for because end gamers are efficient. How? The assumption of 6 battle per min is based on optimazed condition with the profound knowledge about the game and even its fine tuning which most mid gamers doesnt possess since they are enjoying the game in a different way than those competitive end gamers. However they provide a lot to the game and your enconomy since those are the ones taking in new players into the guild and helping them to grow.

Lastly the new players aka newbs. Those joining the game and trying to check everything out. And most of them will be overwhelmed by every mechanism the game can offer (which is actually a good thing since it means there is a lot of variety) However not every player possesses the time nor the will to learn everything there is in this game. So they would asks around for help.
But if there is no one around to help them, be it with information or joining a guild then you can be sure that those will leave teh game soon enough. And those are potential consumers

@IP2_and_co If you think that you really protect your income by nerfing everything because it generates too much resource (in your opinion) and even hiding the formula you are using to nerf then i hope that those who are still paying for your game are enough to pay your cost.

And lastly i will assume that after first gnome storm nerf you lost some income. Based on that assumption i will say one thing more. You lost that income not because 0,001% of the top player spree your gnomes over so fast that it generated tons of resource but because the player base are pissed at you and losing trust in your company and your handling of problems. Like second nerf being implemented without even telling us what is too easy or too fast.
Once more end gamers had to use their stuff to find it out.

Sometimes art imitates real life. The original announcement is not unlike your politician blaming the 1% for the state of the economy, 2/3 of the population, including the rich themselves, agreeing the rich should be taxed much higher, but then announcing much higher taxes for everyone, even for those already desperately poor.

“Actually, it was our poor choice of economic policies all along, we just wanted you to direct your anger at [small group of people].”

This is a garbage and mean spirited NERF. I had been spending roughly $10/mo on this game. No more. Not one red cent.

Must be the first time in history where the attendees of a ‘Palooza’ are encouraged to keep it down a bit and not go crazy!

Well, now you definitely feel like a Looza during Gnome-a-Palooza.

Recent game changes have been consistently mean spirited and anti player. I had been spending about $10/mo to support the game and to support my guild. NO MORE. Not one red cent. Your greed maneuvers have lost you my $$.

Speak to them in the only language they understand.

Using 1x Greed/1x Dust Devil/2x Ironhawk to guarantee kills of gnomes during Gnome-A-Palooza, I was able to do a whopping 4 battles in 60 seconds. The minute ended when the 5th battle loaded. It takes about 2 seconds to actually kill the enemies. The rest of the time is spent clicking: 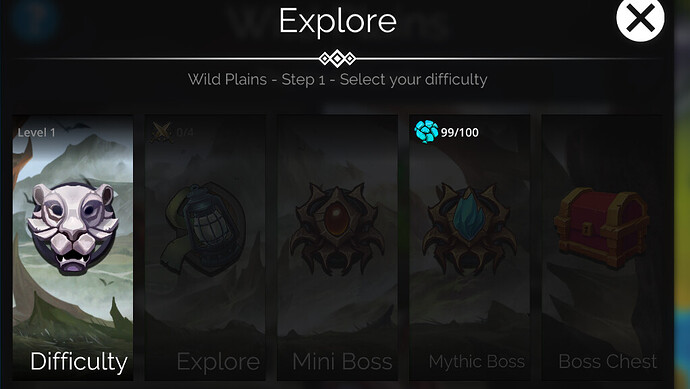 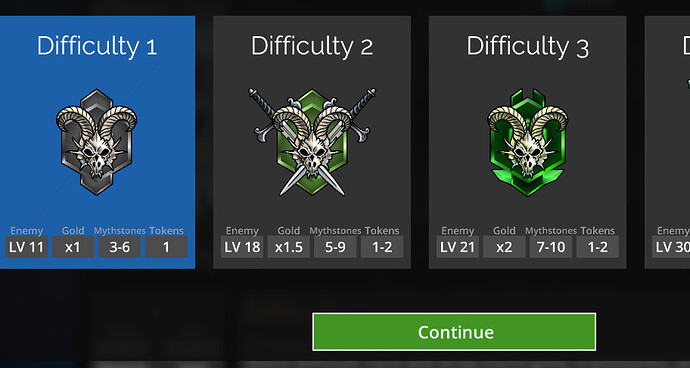 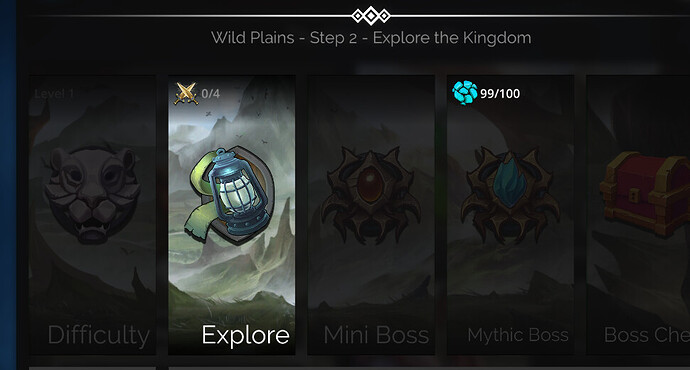 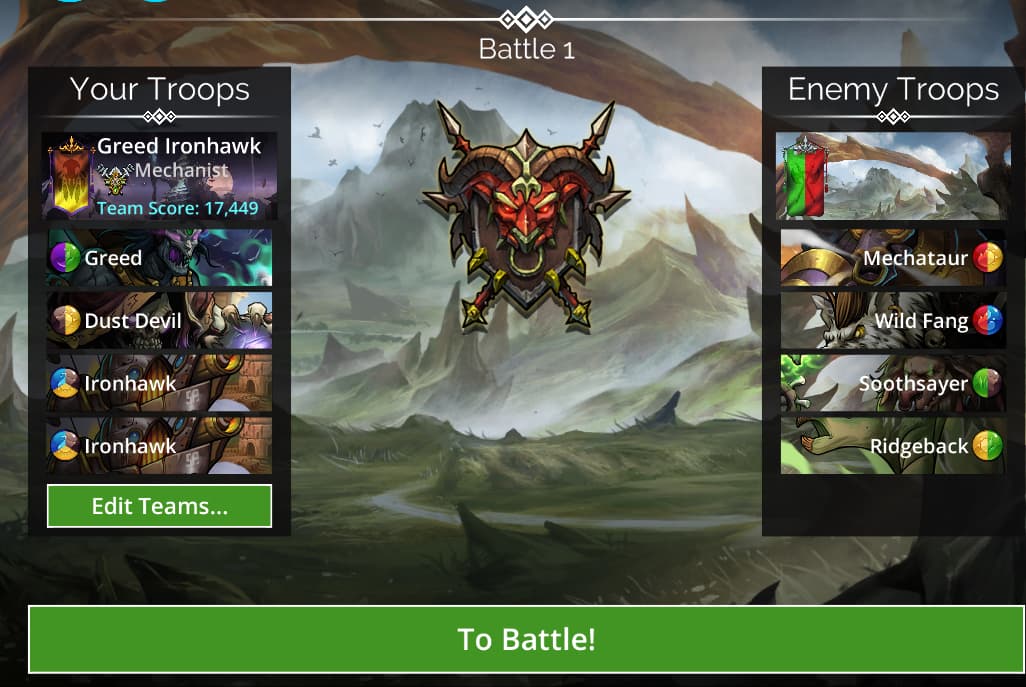 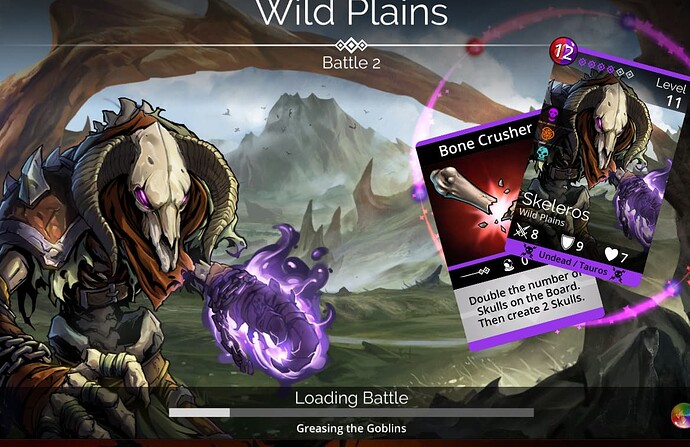 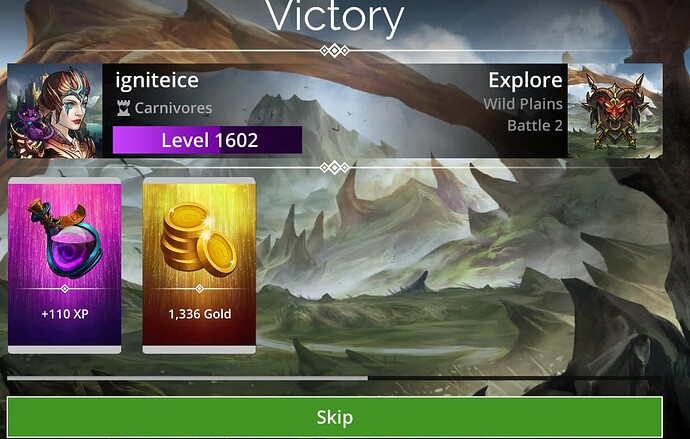 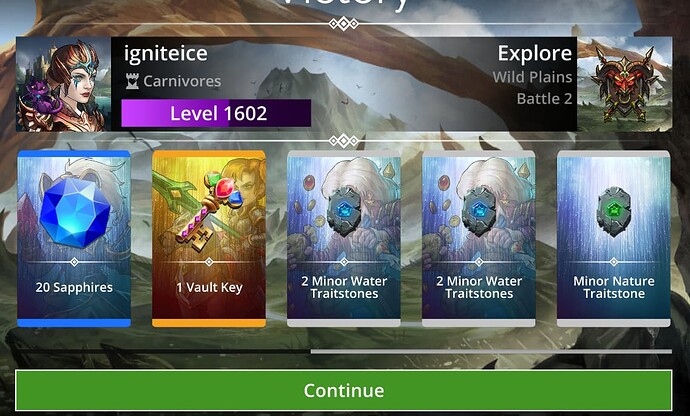 I’m getting 4.8 per minute, so that 6 battle per minute team must be a WOWSER!

Fleg counted 4.72 bpm in a video that was linked earlier. I clocked in at 4.15 bpm today without trying particularly hard.

Loading screens strongly depend on where you are located, the difference is up to several seconds. When you play directly on the game server you are apparently even able to do 6 battles each minute.

There is no way you are doing 4.8 battles per minute during gnome-a-palooza.

Scroll up, there is a video where tacet does exactly 5 battles in a minute. It’s definitely possible, so let’s not argue each other and keep the discussion on what’s really an issue here.

It’s now Saturday in Australia so we are not getting an answer for this event. So pathetic that they can figure all this out and drop it on us 2 days after campaign starts and before the gnome event, but then bounce the second anyone has any real questions.

I’m not finding any video from him. Can you link it? I don’t know why you would want to argue that more battles per minute is possible. Doing that helps devs justify their 6 battle per minute reasoning. They look and say “See, Tacet posted a video showing 5 per minute, so 6 per minute must be possible, so we were right.”

It’s wrong. And the real issue is that the 6 per minute is ridiculously higher than it should be. They should be averaging it on 3-4 battles per minute.

“See, Tacet posted a video showing 5 per minute, so 6 per minute must be possible, so we were right.”

6 is definitely not possible

Here is the video

It’s wrong. And the real issue is that the 6 per minute is ridiculously higher than it should be. They should be averaging it on 3-4 battles per minute.

It’s irrelevant. They aren’t averaging it on 6 battles per minute, or 3-4 battles a minute, they are averaging it on battles taking 50 seconds. If you go twice as fast you get half as much, further reduced for spending time between battles instead of within battles.