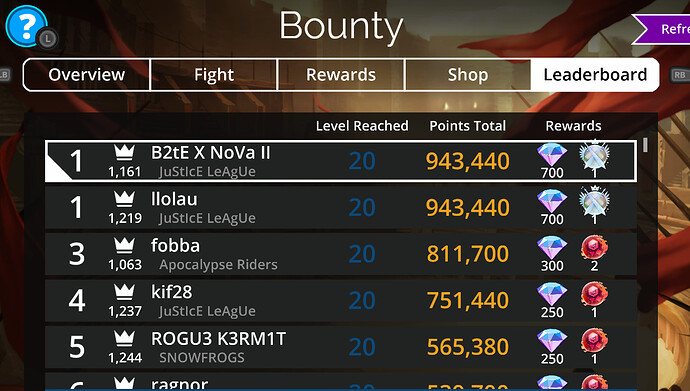 Stop now. You both get the orb! 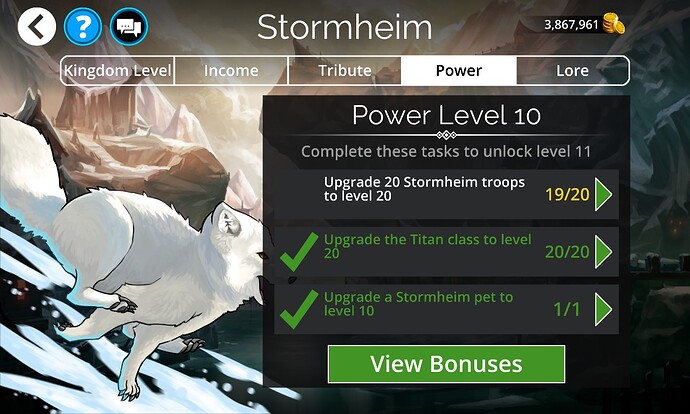 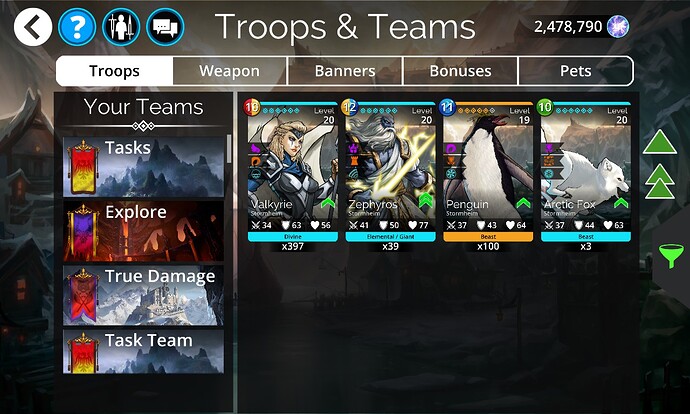 I could get to 11 stars right now if I wanted to spend a dumb amount of Glory and Gems on two troops I would never ever use (outside of the godslayer this week), or I could not and I would be fine too.

I thought about that but the problem is I already bought all the tiers so it’s 500 gems now and I’m down to 13k gems now. Knowing my luck it would cost a couple of thousand gems I only got 2 from all the tiers I bought. Depending on how close I am to being on the leaderboard and how much I spend on the faction even tomorrow I might buy more.

Highest I have ever been on one of these leaderboards. Also highest boss level I’ve ever reached and most damage I’ve ever done 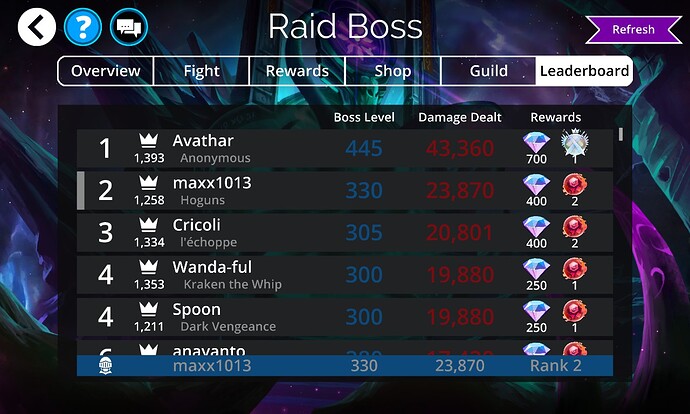 Is that leftover from before the gem nerf? I started after the nerf, so don’t know how good it was. Looks like back in late 2016 legendary tasks sometimes gave 25 to 60 gems. Legendary Task Rewards - #6 by Sirrian

That was all from after the nerf I actually quit playing for a while and spent all my gems before I stopped but came back 4 months ago so all my gems were made in 4 months. For the last few months I was in a guild that didn’t require any guild events so I only bought enough tiers to get the raid/invasion troop and I got really lucky with Suna only costing 1k seals and Arachnaean Weaver costing 7k seals. I was up to 15k without spending any real money on them but I have been spending a lot on the faction events and getting Kit Sith to legendary plus Megavore costing 50 vip chests and now this raid week it’s going down quickly.

the real gem nerf was back when you could finish guild tasks unlimited! not those weak legend tasks xD

Wait, what? After all tasks complete, you start again?

I wonder what i should upgrade next 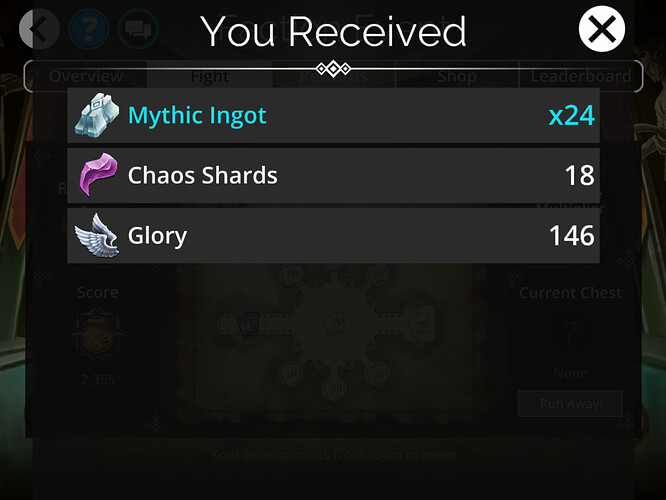 Wait, what? After all tasks complete, you start again?

In the old old days, tasks weren’t set up like they are now. You didn’t have “basic” and “legendary” tasks. There was just a pool of rotating tasks that could be done an unlimited amount of times. The gems flowed like rain if you were in a super active guild.

But not jealous of traiting mythics without wisdom orbs.

Now, I got Cedric to mythic level 20. And no, I have not used an ascension orb. And yes, I don’t have a pet gnome and only a single soul gnome and 3 treasure gnomes. I’m obviously stunned.

Thanks to the recent buff to cedric droprate which was actually a Nerf to vault rewards because every time cedric drops now for you and me and anyone else with him at mythic, it’s like getting 100 souls. Thanks devs for the “buff” to rewards!

They should exclude him from the droptable once you get him to 4x mythics.

One faction done without Orbs: 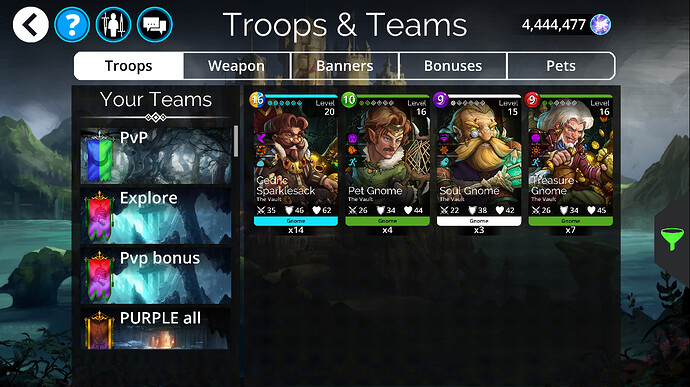