CONSOLE: An Update on the Update!

Compensation for server issues and 2.0.5 Welcome Pack have been sent out.

Welcome Pack is the compensation for the update delay.

Can I assume correctly that Autuminal Imp is not yet in chests?

We get both the packs in those pictures? Wow. You guys really are awesome. I’m actually English by the way so I should normally be a little bit more reserved apparently!
I will be spending a little bit of real money every month now to give something back to you guys. I’m vip 2 and will aim to get to 5 by purchasing the gem / soul subscription packs that pop up now and then.
Thanks again
Ozzzy

Show your appreciation by buying something. Even the $5 weapon pack shows you care.

And yes I just bought some silly hero weapon I’ll never use. Would rather the devs had a tip jar…

I think we should start a Dev appreciation thread where you encourage folks to help them get a bit more dosh! Plus we could tell peeps what we’ve bought etc.

Sorry I took it for granted you were UK, with your username etc

I made that thread over half a year ago, i think. It was when 1.9 come out for pc/mobile and i felt that the devs were getting too much backlash from the community.

@Dan_ozzzy189 @UKresistance
I know you were some what joking, but a few of those $5 Hero weapons are quite good.

Me, no, I have recently purchased the gems and souls every day for 2 weeks bundles

A pleasant surprise to receive that in the mail today. I liked how the Imp responsible was still at it by switching the rewards around. LOL

I think this imp should steal rewards more often

Compensation for server issues and 2.0.5 Welcome Pack have been sent out.

Welcome Pack is the compensation for the update delay. 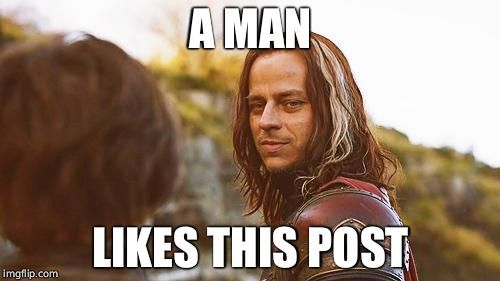 Bought the Death Knight Armor pack to show my support.

I know you were some what joking, but a few of those $5 Hero weapons are quite good.

crescendo for 5$? Why dont we have this on the pc version?

crescendo for 5$? Why dont we have this on the pc version?

You probably had it offered for free at some point on PC. On console we were offered it about 2 months ago for $5. Yes, Its awesome.

Are we close to getting a new update on PS4? The store has been unavailable since the last update

Both consoles are close to getting a new update and there’s been no exact date apart from “mid to late November”.

Sorry, I’m not a developer so my personal knowledge of the situation is non-existent. However, this is what Sirrian had to say on the matter. And thanks for the assist, Verdugo!

The Future of Gems of War on PS4/Xbox

Sure.
We don’t usually like to give out exact timelines, because quite often they get shifted at the last minute… sometimes that’s our fault, sometimes not… But we can share a rough timeline…

Currently the guild update on consoles is planned sometime between mid-November & end of November. We’ll try to announce that a few days beforehand if possible.

As far as catching up to PC/Mobile on content AND features is concerned, the delay in certification caused us to rework the entire schedule, which still has a few unanswered questions in it. My best guess is sometime mid December we might catch up, but I wouldn’t rule out that slipping to mid-January.