Thank you, I will look into the issue for you further.

Thank you for the quick response

So all split damage troops are still broken… Thought this bug was getting fixed with this update?

So we looked at the freeze stun video you’ve posted. To us it looks like it’s working as intended. Is there a specific video or point in that video that you could point us towards that you wanted us to go over?
I noticed that the extra turn was granted while both troops were frozen which has been the cause for confusion amongst players in the past, so I’ll reiterate here. I apologise if you’re already aware, but also just good to have in case anyone else doesn’t know: the Frozen effect only stops extra turns on the colours of a frozen troop. For example, if you have two frozen troops with Red/Yellow and Blue/Brown, then making a 4+ match with Green or Purple gems will still grant an extra turn.

So all split damage troops are still broken… 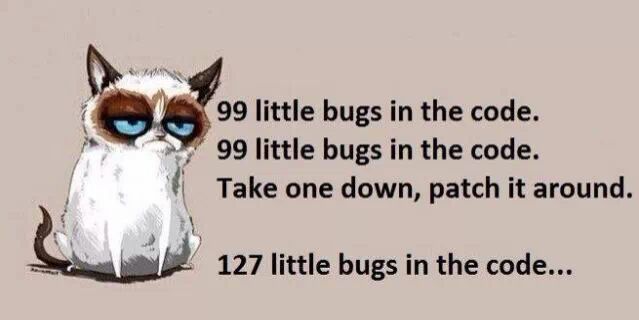 The top posted has been updated to reflect that issue.

So another update to fix broken troops?
4-6weeks then.

I uploaded more for instance goblin doing 4 green while extra turn being frozen …
I will also do vids about the other problems asap but it takes time on xbox.
I will also make clips where I do 4 or 5 and get no extra turn even it was from a color from a not frozen troop.
Need to finish daily tasks and get some sleep first.

This is actually more User Experience than actual bug, but I noticed today that the default chest behavior was not ported from PC/mobile to X1. Xbox One is still defaulting to the highest key in inventory instead of gold keys. According to patch notes, this was changed in 2.2 for mobile/pc.

Chat is still acting up for me and at least one other member in my guild. It’s frozen the game a few times. The game has also frozen and lost reward items for one member in my guild, at least. I’ve nearly lost a gold contribution to a task, it took 6 retry’s before it went. xbox

Any update on the PS4 being able to purchase the new Offers?

We’re on the same patch as PC/mobile, yet they’re still getting troops before we do…

Any chance you’ll fix that?

That is a very long story. The devs have been working on a plan to bring the two versions into alignment for many months and there have been some changes in the plan over that time. Now that we are finally caught up on patches, we’re in the final phase, but they haven’t announced exactly how that will work. I’ve got a thread going where I keep track of the progress which you can follow over here:

As the console versions of GOW are now caught up with the PC/Mobile version, I will no longer be updating this post after today. I will leave the chronological list of all troops released on console since the 1.085 update up, with the last troops being those released on December 4, 2017. Please see the GOW events spreadsheet for current information and ongoing history: https://community.gemsofwar.com/t/gow-events-spreadsheet/29260?u=stan Last update: December 4, 2017 Current Console Version:…

The devs are usually nice enough to update us in that thread as they work out their plans, but after getting burned with multiple delays from Sony & Microsoft before Christmas, they haven’t said a lot about the exact plan beyond this point.

And here’s the last and best explanation of the plan from a dev:

So let me explain what’s going on with console content releases. It became clear with the last update on console versions, we have to take into consideration, and make sure that, we have enough events in reserve for any potential delays from Sony and Microsoft. This allows us to continue putting out new content while you are waiting for the next update. HOWEVER, on PC/Mobile we were planning events only about 4-5 weeks in advance… We knew we would have to modify our approach to planning new co…

Yep. I’m having server issues on Xbox One this afternoon, too

The devs are usually nice enough to update us in that thread as they work out their plans, but after getting burned with multiple delays from Sony & Microsoft before Christmas, they haven’t said a lot about the exact plan beyond this point.

Yeah, back in August Sirrian was VERY specific about their update schedule on console: including being 100% fully caught up (patch and troops) by mid December. Without rehashing I think we will only receive specific dates when they can be assured everything they need is through MS & Sony certification.

EDIT: If it were up to me: I would push things along as its got to be more difficult for the developers to support two version of their game, with two events, etc.

Yes, I agree. I’ve pretty-much stopped making any predictions at this point. I see some perfectly reasonable ways to get caught up again, but I don’t expect it to happen overnight. I guess that’s a prediction…

Yeah make up your mind you stop or you continue? Lol

Presumably addressed to support since the update effectively broke the game and it has not been fixed.

The same errors every day
Freezing chat not working can’t recruit
Chat crashing the gane pvp not paying and freezing.
Guild donations and rewards problems. troop errors etct etc etc .
update has broken game for many people and it is not being sorted because many effects are regional.

there are so many issues they are unsure of cause.

How strange. No such problems at my end.