As for automatic tasks, it would take into account how many troops are available for that race before assigning

I’m uncertain about an earlier comment you made. Are the automated Tasks for Race, Kingdom, or both?

Ah, sorry. The new automated/randomized tasks are for kingdoms in this update. You should be seeing more variety instead of the same 8 kingdoms in those types of tasks. The randomized versions will have slightly different rewards and number of battle requirements as well.

For a future update we’ll add the same thing for Troop Types, and just clarifying that’s one of the factors we’d consider when implementing it.

In case you missed it, a new event system is coming too.

It runs themed events, designed to mix up the meta a little bit
It contains incentives to try both new troops & fun themed teams
It can run events where you get to unlock different prizes every week by doing different things in game (NOT just PvP battles)… if we’re noticing people are short of red traitstones for example, we can run an event ALL about getting a bunch of traitstones!

Important Bug on Xbox:
When opponent have remaining ONLY troops with STEALTHY trait (can be 1, 2, 3 or 4 troops), then using a troop cast that ask to select a specific enemy (like Maw cast) will freeze the game!
Ex: facing a team with 4 Mist stalkers 3 traits dont allow me to use Maw without a freeze.
Ex 2: facing a team that have 1 troop with stealthy trait allow me to use Maw on the 3 others troops without problems but if I kill the 3 other troops with other methods (skulls,…) and have remaining only the troop with stealthy trait, then using Maw cast on this troop will freeze the game.
When game freeze, retreat option is still available.

The person with that team knows that it will freeze your game.

The developers know about the problem. It should be fixed in the new update.

We just sent out the update for submission last night.

Say it isn’t so

@anon43026234 @Athrillskr
Yeah, I think I saw that team yesterday 3x Mist Stalkers + ?. It looked odd, that when I recalled the Stealthily bug = game freeze. I was careful and won. Obviously, we can not determine if they are purposely exploiting the game crash bug or not… (but 3 Stalkers?)

The team I was referring to has 4 mist stalkers. The person is on the forums and the bug is well known.

So, that person probably knows he’s freezing game on purpose for defence wins.
if it were me I’d message him on forum to tell him to change or I’d message devs that he’s bug exploiting.

just dont use target spell agaisnt him and destroy him every occasion you got, it is the only way he will stop using it

No offence taken. I agree that even if he had some reservations about Dragons and Daemons specifically (which I could kind of understand), there was no reason not to at least include Wildfolk, Fey, Elves and Marauders at that time.

Now everything i say in guild chat is censored

Probably because of the “hell” part.

Hell isn’t a swear word anymore. This isn’t the 1950s. In what world is it expected that hell is censored in a video game?

Would you two stop swearing so much? It’s really upsetting my delicate sensibilities…

sound seems to play up at alot of parts In the game mainly for me during fights when alot of gems have cascaded and sometimes during magics, any idea on when update be released?

if it isn’t approved by Ms Sony it won’t be until next week due to thanksgiving.

Would you two stop swearing so much? It’s really upsetting my delicate sensibilities… 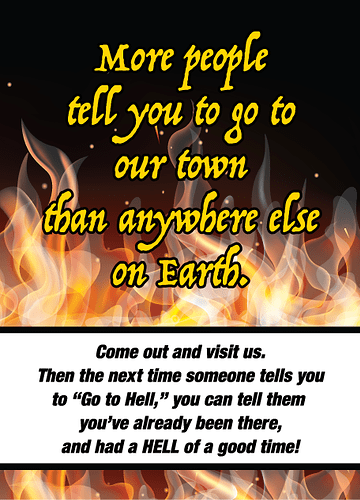 Sometime when i buy a glory bundle and immediately go in troop menu, the game freeze and need to wait couple minutes to be able to do something

This is similar as the bug we had when we were switching team before 2.0 update

Edit: it is only happenning since this event started i had no problem before

i just killed gorghota and he summoned 2 ancient horror

Edit: there is the video