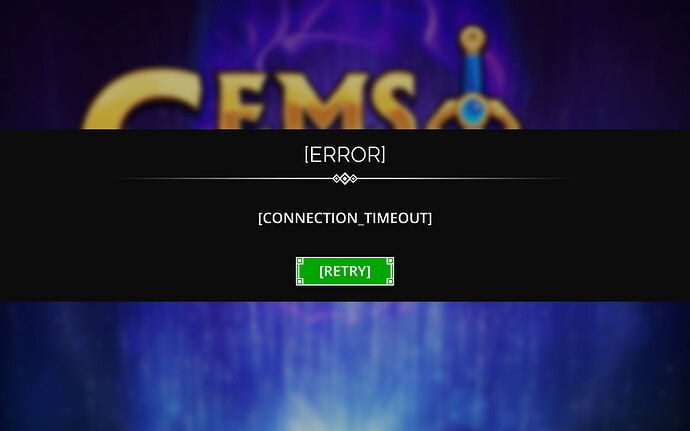 I’m getting the same screen too

so do i
steam time out
android cannot open

I’m changing this to support thread.
Are there other people having this problem?

After I finish a match, the game just hangs, Mises mymmplayer icon and name in the top left corner, but nothuung happens. I have to force close the game.

Any progress? I’m still waiting for a response on support ticket. If anyone figured out how to resolve this plz let me know

Sidiusai PC version? if so, you try to press (screen green button) [RETRY] in succession.
Press until the game is running. I did so.
Phone version still no T.T

Holy crap that worked. Thanx!
@Ozball Here’s something for you guys to work with, see if this helps.

We should have a fix coming for this in the next update. I’ve updated the Known Issues thread with the issue as well. It appears to be tied to devices that have their system language as Chinese, Korean, or Japanese. If you’re experiencing this issue on a device that’s not using one of the aforementioned languages please let us know

Oh hey.
Also when I switch my device’s language setting to English, the game works again…