so the only Red/Blue dragon is Visk and well…he is first of all a Epic secondly he is not that good. I love dragons I use them almost exclusively and cried tears of joy when they finally dropped a class for it. I have noticed there is no Legendary dragon for that color combo at all. We have a legendary for every other color combo but that one and I would like to see that changed.

Any ideas are welcome and of coarse I am going to share mine.

“Vaporis” Dragon/elemental ( that combo does not exist either ) It would be the games first Elemental Dragon and it would be made of vapor and have the shape of a dragon.

I would put his natural magic score to 7 on level 18 and what ever scale would be best up to mythic.

Also, think the spell is a tad super.

There are already many powerful dragons and plenty of viable dragon teams so I’d rather see new troops, especially legendary and mythic ones, added to troop types that are more limited.

On your idea: a spell removing two colours is probably a very dangerous place for the game to go - that’s going to simplify the board too much leaving too much control. The spell also is way too strong, unless you double the mana cost.

Perhaps; then again, double-converters (IK, Sekhma, FG) are able to not only remove two colors but also replace them with another color and Skulls, and they seem to fit fine.

I agree that we already have plenty of strong Dragons, so while I wouldn’t necessarily be against a strong Blue/Red one showing up, I’d personally get more excited about other troop types.

On the other hand some dragons are stupid weak, also useless. Some are just stupid. Visk is not the worst of the lot, by a long shot. It’s a rather unbalanced lot.

You see the same 3-4 dragons that is not a good thing. There are very limited dragons used for PvE play or high power level PvP. The reason being is like Court said there are a lot of dragons that just aren’t worth using because they eat up color slots other dragons just make better use of. Having a viable R/B dragon opens up WAY MORE combinations for dragon teams. There are so many Red color mana dragons its ridiculous so having one with blue in the mix eases the pain of mixing and matching dragons. Also if you really look at dragons they could still use some love.

@Jainus So removing two colors is some how OP and doubling a color and adding 5 more is not? the game is already in a dangerous place look at the meta and the kraken days. You complain so many things are un-fun because they reduce and take away from fun. So I tried adding something on par with the meta and what you see in high level teams. I know you can’t make everyone happy but every time I see you post you only seem to like your own ideas.

Welcome to the forums

So removing two colors is some how OP and doubling a color and adding 5 more is not?

Actually, trolls only double and add 3, because higher values were found to be overpowered. They also don’t have any additional side effects, like damaging the whole opponent team and armoring up the whole own team. That’s quite an important balance aspect, you can set up full troll teams that will loop a lot, they just aren’t scary because it’s all show, no harm done.

I know you can’t make everyone happy but every time I see you post you only seem to like your own ideas.

I’m inclined to agree with Jainus on this one. Entirely removing two colors from the board will likely leave the remaining gems set up for multiple extra turns. Gut feeling only, mostly based on getting good value out of Krystenax single color removal.

On average a color is only 10-12 stacked on manipulation they float around 16-18 if your super lucky you might get a 20-22. So lets say 20/4 enemies=5 damage and he is maxed out so add 7. That is 12 to each enemy on the way above average damage chance. I will admit 12 armor to each ally might be high but that is also on a very high end chance. Compared to the self made looping meta and all the other fun teams being played I feel this is right on par or below it on what we see currently. I would agree to taking away magic bonus on the armor distribution and make it strictly blue gems removed divided equally

Vaporize/Condense
Deal damage to all enemies based on red gems. Give armor to all allies based on blue gems. Then choose one:

I agree that Dragons are pretty good atm, but do want to weigh in on the spell discussion:

A powerful ability, but people seem to be forgetting that he is also crippling himself, by removing the very colors he needs. It is REMOVE and NOT Destroy, a very important distinction, imho.

Compared to the self made looping meta and all the other fun teams being played I feel this is right on par or below it on what we see currently.

Ah, no, I don’t think you’ve realized yet the full extent of what Jainus pointed out. If you entirely remove two colors at once from the board, the remaining colors will form clusters. It’s hard to tell the full impact without actually testing this in some kind of sandbox, the assumption is that you will very likely be able to follow up with multiple 4/5-matches, due to the severely restricted color diversity. Area damage and team stat gain would probably be okay, it’s the huge mana battery attached that’s likely going to be an issue.

A dragon made of vapor… Interesting concept.

I have a “Cloud Dragon” lore/concept of benevolent ones who tenders places in need of rain and some bad/angry unleashing storms (and thunder) to raze kingdoms. (Also “corrupted ones” that rain acid over poluted cities.)

Since i glimpsed Shetang i felt they have a great opportunity to introduce Twin-Dragons with aspects of Yin and Yang simbolism. And borrowing mechanics similar to Werewolf/Villager and Nosferatu/Bat Swarm/Umberwolf the spells could be named as “Dance of ___________” where each dragon summons his twin to take his place (transforms) with one twin causing positive effects to allies and the other twin causing negative to enemies.

Duality can be vastly explored in many ways.

Off-topic note: Now i’m wondering how Salad Dragon (Sylvanimora) would look if he was made of Cherry Blossoms. If we ever get variant arts of troops i bet this one certainly deserves a go.

Just to share also @Shinnanigens I did really like the concept idea and theme of your dragon.

We just got a legendary and mythic dragon, might take 3 years before we see another high rarity dragon. If I am wrong, oh well…

There’s at least one more Legendary Dragon in the works, for the unreleased kingdom, Bright Forest.

@Ivar i absolutely love that concept! I get extremely aggravated fighting troops that transform, but i still think that would be a really cool idea. I do like the idea of a red/blue dragon in the OP, however i’m not too keen on the mechanics of the spell proposed. I just love using dragons, they’re fun. Since i nailed down a good team that i really enjoy playing i’m actually doing a ton of pvp and have been top 30 past few weeks. If it wasn’t for my dragon team i wouldn’t play nearly as much.

Many of the concepts we already have in the game are amazing from the “lore perspective”, what is needed sometimes is a gently nudge to improve value and viability. The concept of the Twin-Dragons could also be explored in another fashion: Chinese Dancing Dragon. 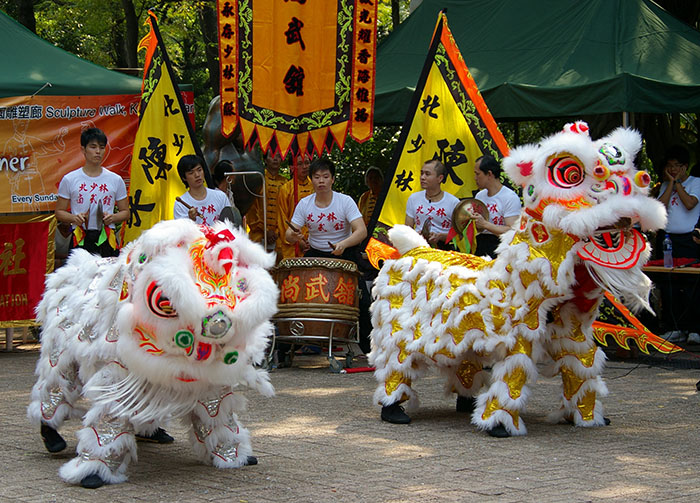 In this version, it would please those who think we already have enough Dragons, as the dancers would be the twins (Human/Divine in one form for buffs/support and Human/Mystic in another for debuffs/damage) and the transformation of their magical costume is regulated by the nature of each twin controlling the head changing places with each other. Turn it into a cerimonial form of magical combat for the lore of the kingdom and i think it’s done.

There’s at least one more Legendary Dragon in the works, for the unreleased kingdom, Bright Forest.

I have the vague impression, or hope, that sooner or later all Kingdoms will have a King, a queen, a prince/princess and a Dragon.