Exactly that for me too.

Had 3 drop while I was still collecting the battlecrashers. Then they’ve dried up.

Getting 10+ normal Gnomes before I’ve seen one right now. This is just normal drop rng not a boosted rate.

after 2,5 hours,over 400 explore battle1,found 0 cursed gnome
yesterday 6 hours only 1 cursed gnome
for me is a joke

Did over an hour of explore got 1 but it was a F vault key. 3rd time that has happened, Off the game now. Lost interest!!!

Can we make it so that cursed gnomes don’t give vault keys, please? @Nimhain

They are extremely hard to get, and if the runes get replaced by a key, that’s a total disappointment in that case. 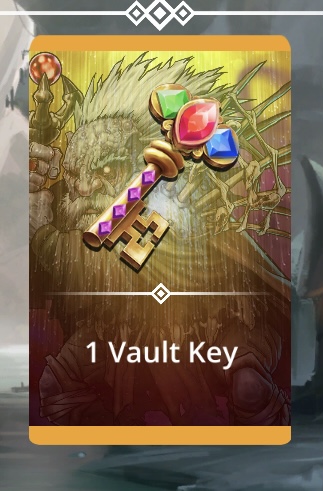 The only Cursed Gnomes I got were during GAPs, I got exactly 0 cursed gnomes both yesterday and today during normal gameplay (without GAP boost). ZERO. Not even one pity cursed gnome made an appearance.

To celebrate the release of the 6.1 Update, we will be temporarily increasing the chance to encounter the Cursed Gnome in Explores (outside of Gnome-a-Palooza) for the next 7 Days starting this Thursday

You know you can’t just say this shit right? You actually have to adjust the drop chances.

I found 2 cursed gnomes yesterday during 30 minutes of play.

I wonder how rare cursed gnomes will be after the vault event finishes? Ridiculous.

It is obvious, they knew a lot of end game players would blow 6K Gems to complete the forge, thus leaving the lower lvl players or those with a lack of Gems to “wish” for new gnome drops!

As of right now, the only free way to get cursed runes is from cursed gnomes. That’s different from any other gnome in the game. Even, to a degree, pet gnomes get 24 hour events for free at least weekly. So 100% a cursed rune is better than a vault key. It’s the exact ratio as 0 cursed runes after going to the trouble of finding a cursed gnome.

This way a dev can see it. I know the devs trauma therapists advised them to avoid reading anything about Arachnaean Weaver. But in this case it was from a AW thread that’s bleeding into the design principals of Cursed Gnomes.

As in, cursed runes are being advertised to drop exclusively from cursed gnomes (outside of paying for them). But even getting a cursed gnome, and winning the match could still result in 0 runes because of getting a vault key instead or bankers math.

Either way, just like Arachnaean Weaver in event chests, it’s 100% a bait and switch and is illegal AF in most countries save for the home country of Gems of War developers.

I wonder how rare cursed gnomes will be after the vault event finishes? Ridiculous.

About as rare as a dev interacting on here without blaming us for their failure to communicate properly.

I bet this is the EVK debacle repeating itself. They forgot to increase EVK during vault events so they were just as rare as during non vault events. I reckon they did the same thing with cursed gnomes. They have been given same appearance rate whether or not there is a vault event happening.

We are supposedly having increased cursed gnome appearance rate today and a vault weekend on top. (it might be that vault weekend is bugging cursed gnomes out?! wouldnt suprise me considering past experiences)

If this is working as intended, the appearance rate of the cursed gnome in normal circumstances (no vault weekend, no increased appearance chance) will be less than the chance to pull a orb of power from major chaos orbs.

Guys, youre bullshitting us, at least be honest about it and give us the expected spawn chances so we know what were dealing with. The only reason I’m not more pissed is that i wanted to farm verses anyway, at least band gnomes are appearing xD

To celebrate the release of the 6.1 Update, we will be temporarily increasing the chance to encounter the Cursed Gnome in Explores (outside of Gnome-a-Palooza) for the next 7 Days starting this Thursday.

ahh, increased chances. Glad to see this verbal jujitsu is being employed consistently, both here and in PQ3.

It is still possible to get the cursed gnomes. I got lucky and got 100 runes after 3 hours of explore.

An update: after 3+ hours of explores - 0 (ZERO) cursed gnomes.
Thank you.

The encounter rate of these guys does seem incredibly low, especially if it’s only going to decrease after the vault event and ‘bonus week’ finish.

We have added Cursed Gnome Bait that players will be able to purchase from flash offers, to get a Baited Cursed Gnome in either PvP or Explore battles.

Imagine paying for the bait, and then getting a vault key.