EDIT: Got my first two gnomes in explore. 3 Celestials and 3 Event Keys. These guys are generous! Definitely appreciating that!

All seems good aside the WE shops and the Valraven… in short the additional Sigils.

So the top players in the new Leaderboard will be the ones:

Thanks for the suggestions. I am likely going to hold off on posting a ltitle here unless there are specific questions to answer or misinformation to clarify, so that discussion can be free-flowing and the top suggestions identified accordingly 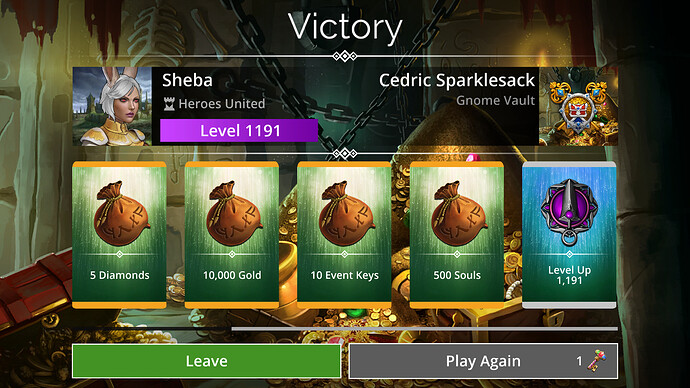 I have one question:

Each Tier can be purchased with Gems

We can unlock Tier only with gems?

Congrats, I don’t want to get off the game. Must find more Treasure gnomes. well done.

I have more… But want to test/enjoy the update, but so far its great.

I… I am not complaining, but are you guys really knowing what you are doing to the economy because what is this?! 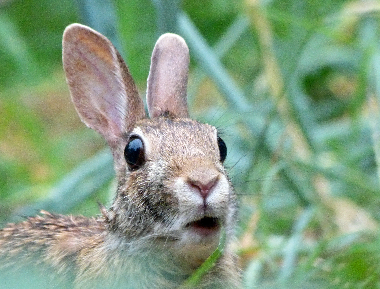 Its best just to enjoy it. They’re releasing more everything to compensate.

I know, right? And those rewards aren’t even changed by difficulty, so nothing wrong with 1-shotting everything in the vault with a single Sunbird cast just like in explore.
If this keeps up I’m going to marry Cedric, I swear. He’s not much bigger than a bunny anyway.

I’m getting very irritated with the lack of attention to how unbalanced the four horsemen are while cards that are not a problem get inexplicably nerfed. Cards like Khorvash and the Dragon Soul are the only way to compete with a team in the 8 and 9000 range, something that you HAVE to do if you participate in Guild Wars. Seeing cards I need to use getting the axe while War gets powered up is very frustrating.

I being doing that, but i didn’t had luck with vault keys so far. Wish you better luck.

Anariel immune to Mana Drain and Silence. This… could not be worse. This is a nightmare. Not sure why she wasn’t nerfed along with Nyx - glad Nyx happened, though - but wow she wrecks everything even more now.

I wasn’t sure if you would notice that, i was expecting to make a (nasty) surprise for you…

You can still assemble a Devouring team with Maw and get hid of her to get your revenge for all the frustration she brought to you.

Played in top 4 brackets in GWon PC/Mobile for a few months now, and I never see War used.

I will continue to never use Maw just to be different.

(No really, I never used Maw even once.)

Though really, I suppose Mana Drain immunity is my least favourite thing in the patch in general - or, to be more precise, how widespread it is, especially on gem spawners like Anariel and Diviner who also fill really, really fast. I guess I’m not a fan of the new stuff of the elves in general; feels too overpowered (especially on the already-powerful Shentang troops). But I know I’m one of the only people who didn’t want drain immunity, so…

@Sheba wow you are lucky I haven’t seen a single gnome yet on PS4 where are you farming explore to find yours?

I’ve seen like eight so far. Location doesn’t matter - currently in Whitehelm - since Sunbird/Moneylender/Firebomb/Forest Guardian on normal difficulty basically takes care on everything on turn 2 anyway, no matter where. I do around three battles per minute.

That said, though, I had 10 (!!!) Celestials drop in Whitehelm in like 30 minutes. Not sure what’s up there right now, maybe they’re having a patch party and giving them out for free or something.

Well, they can still change it after some observation of what will happen from this point.

Am I missing something here?

War and Death are quite bad/overcosted.
Famine just got toned down due to Mana Shield counters.
Plague isn’t that great (except people want to consider it great now with humility/lady anariel/plague setups)

Like… I’d love if Death could get a 1:1 boost that matches Sunbird. Right now Sunbird > Death.