Good news, our hot fix has been approved and is currently going out on Mobile + PC.

Fear not console players, we will be starting to pushing the hotfix out to you guys in a few hours.

Board is suppppper brighter , but thanks for this

I wish the 8x8 board had a neutral color and the background did not shine through at all. I must be honest and say that my eyes still burns looking at this, I will hopefully adapt to it.

Your forget about Treasure Hunt

I don’t see the difference with before…

Dungeon still getting stuck after victory.

What is your iPad model and what are your graphics settings set to? Also, do you have issues on other screens where traitstones don’t appear?

I have (mostly) different troops in my GW Defence Teams, only 3 of them have “duplicates” (being my Hero), but I’ve just noticed at the bottom of the screen it says “Currrent bonus points earned from using 4 different troops 2000” and then tells me that the “Potential bonus” is 12000.

Are the bonus points only listed for the current day or is something wrong here?

It will tell you your bonus points for the day, eg 2000 with 4 troops. Then it will cycle and tell you the potential bonus using those teams for the entire week

Nice update! However, the board is still transparent and it is really hard to see the tiles. It is slightly better compared to the previous version but really, the board transparency should be adjustable. A button to turn it off or adjust is desperately needed if you are too stubborn to remove it completely. It is hard to adjust to various backgrounds, hurts the eyes. And treasure hunt is still quite a nightmare. I’m on PC with maximal graphical settings.

I wish the 8x8 board had a neutral color and the background did not shine through at all.

Agree 100%. It’s nice to see some nice, quick adjustments, and it definitely helps, but it’s not there yet. Plus there are lots of other areas that still need polish.

Just got the hotfix for PS4 the aspect ratio is broken.

Is it release on console yet?

On xbox When you go in GW defense tab, if you select defense day 4 you can see the cursor is there but the page doesn’t follow 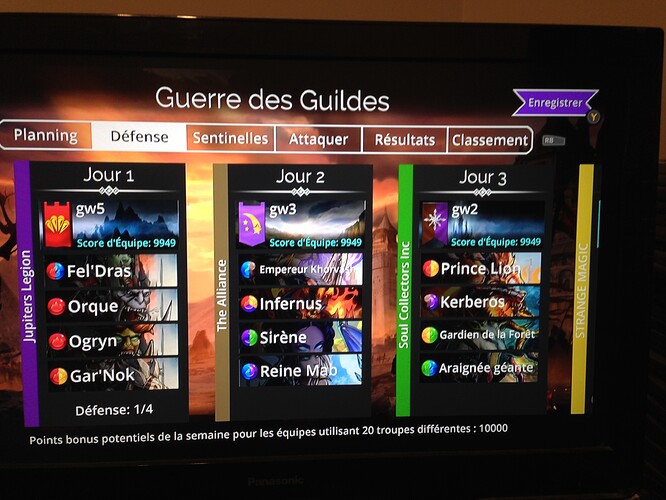