This has only been happening when the dying troop insta-fills it’s slot with the summon. For instance, if War kills the drake rider and the drake fills another empty slot, war will get the extra turn.

Horror troop shows an indicator of number of blue gems while its spell doesn’t use gems at all.

I’m pretty sure I have seen a troop that uses gems and didn’t show it, but forgot to save its name

hmm. i will test some more with what i’ve been seeing this happen with.

We’re currently investigating how tributes work in depth in the hopes to fix everything at once.

I have a very intense spreadsheet.

At first I just thought it was bad booking on my part. Now I know something is up with Unity.

Yesterday I went through my troops ALL of them update the spreadsheet. And updated 2 of the last 5 legendary troops to get them to 19th level.

Today went to finish the last 3 of the Legendary troops and found Frost Lizard is back at 10th level and I know he was at 19th yesterday.

Today I have only 7 mythics left to get to 20th level. I will monitor this, but it is bugging me that I’m seeing this. 4.5k worth of souls and real no way to prove this is happening.

UPDATE 7/22 - I found a pattern. If I do the leveling on the mobile, the use the PC later - that troop doesn’t stay leveled.

I am going to do some more testing next time I get someone who can be leveled up to see if that is the case, but it happened with Corrupted Urska .

No way for you to prove this is happening. Depending on how complete the developer logs are, there may be records of you spending the souls (maybe even on which troop!), in which case it would be easy to check that you’ve spent souls on several occasions with nothing to show for it.

I wonder if this is related to the “team changes do not stick” bug someone else complained about earlier. Did you do PVP or otherwise interact with the server at all after you upgraded your troops?

PVP or otherwise interact with the server at all after you upgraded your troops?

But I couldn’t tell you exactly how and when.

If you have screen recording software, turn that on next time you go through a leveling session. That way you’ll have documentation of your soul totals before and after leveling so you can both show that you did level the troops and have confirmation as to whether or not the souls were actually lost or it was a “changes not saved” issue.

My Elemaugrim has just missed any matches with 18, freaking EIGHTEEN, purple gems on the board, creating a ton of extra turns for the enemy.
That’s unfair. This “bad luck”, anti-cluster algorithm is unfair. Adjust the spell if you don’t like it but bring back the true RNG!

And if my “bad luck” is artificial in battle, where else can’t I trust the game? Is there a bad luck algorithm with tributes? Mana surges? Traitstones? Is there an artificial bad luck code when I open chests? Does the game count how many good cards I get and then goes like “sorry, you’ve hit you limit for this week, here, have all those ultra-rares you don’t need”?

Because right now I don’t trust the game at all!

I don’t want any artificial bad luck for me OR for my enemy. I want a fair fight! What happened to the “spirit of the game”?

True RNG for the win!!

you have just convinced me

Using multiple copies of troops with one time casts(maw), once the spell is used all copies lose the ability to cast.

Take ‘before’ and ‘after’ screenshots of the troops (Souls automatically are captured on screen too). Easy to do and would definitely prove to support that you are owed the upgrades/souls.

Furthermore the developers would have something concrete to patch.

Edit: I guess I should have read the entire thread before posting @Mithran suggested this too.

That is functioning as intended. Mostly to stop Maw abuse since so few of the other oneshots see play.

My Elemaugrim has just missed any matches with 18, freaking EIGHTEEN, purple gems on the board, creating a ton of extra turns for the enemy.

Here’s another example. Now with screenshots.

Bring back the true RNG!

I don’t know if this is reported yet, having a hard time finding something regarding it.

Recently, I linked my account from Mobile to PC as did my husband. Both of the accounts seem to have issues but they share the following. No matter if we compete in war on our PC or mobile account, the points get added to the team’s total, but on the scoring screen, it shows 0/0 attacks.

On my account, my player profile shows as having logged on recently, but when I go into the guild info and check the roster, it says I haven’t been logged on for around 8 days.

I also can’t collect quest rewards on the PC version without the game losing its connection to the server. The quests do work fine on the mobile version though.

All of these issues started once I linked the accounts. Is this a known issue and is there any sort of fix for it? Thank you.

Since we haven’t heard anything about a patch, I’m assuming nothing has changed?

Hero bonuses also different in PC and mobile. But it only affected 3 classes: Archer, Sorcerer, and Deathknight 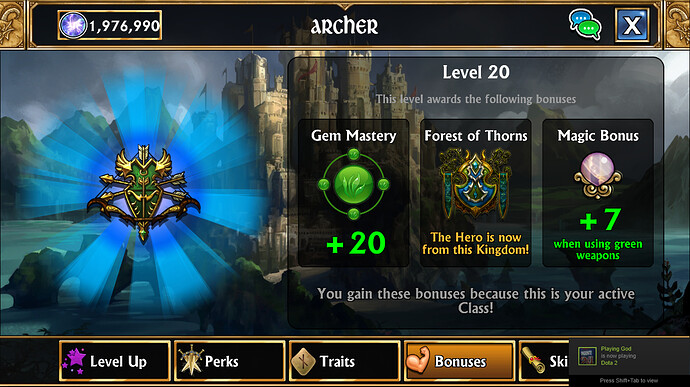 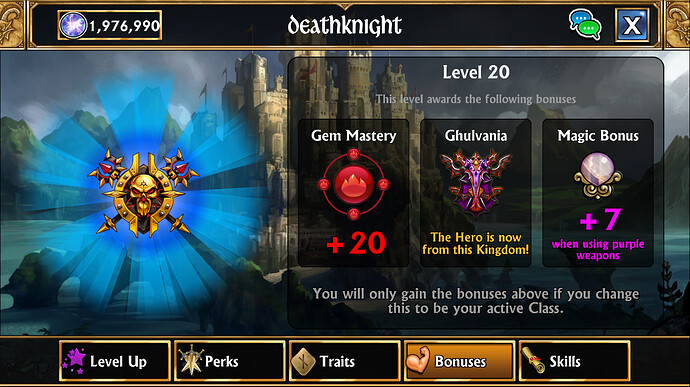 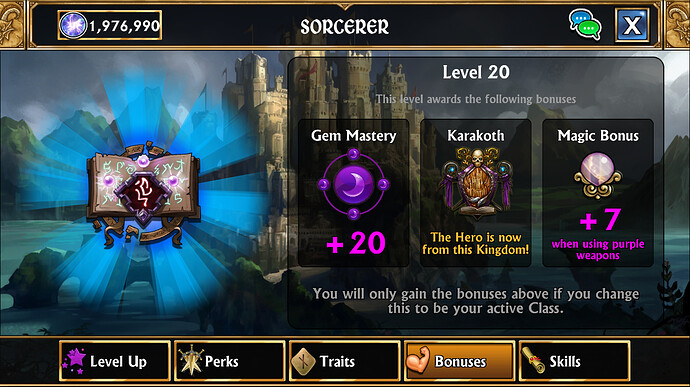 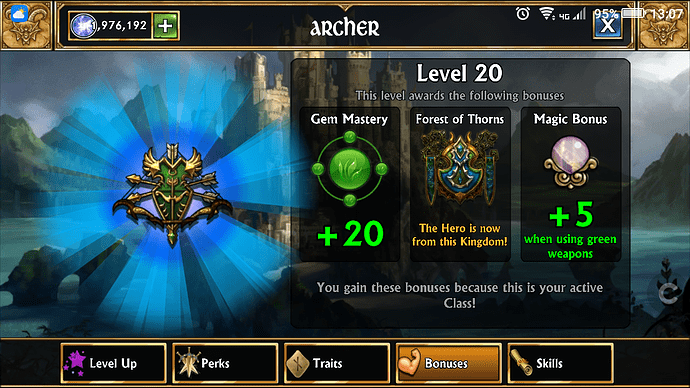 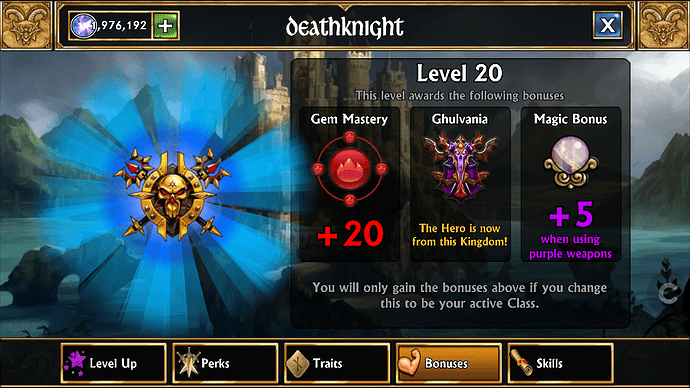 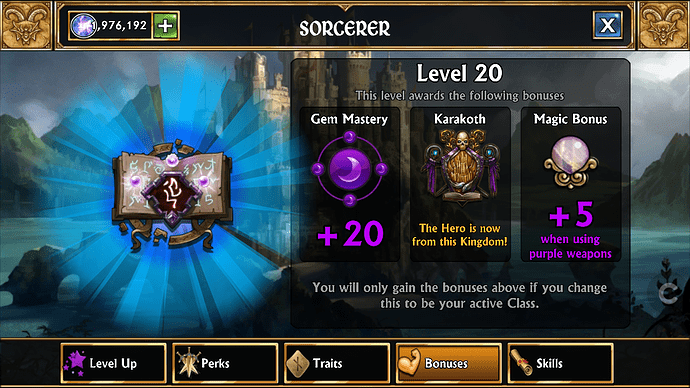 Something is DEFINITELY wrong with my mana surges. My masteries are all at 60% yet I hardly surge once in 4-5 times. And, no, my opponents don’t have jinx.
Is there a “bad luck” algorithm here as well?

Has anyone else noticed anything similar?

Meanwhile in Arena… apparently my hero can perform Kage Bunshin 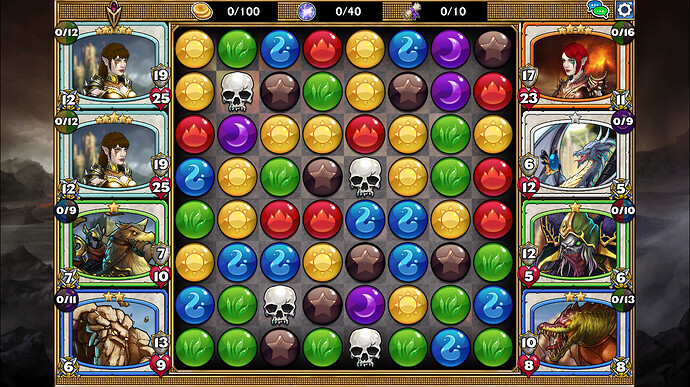