That one is already in the list as “Being able to add the hero four times in Arena”. You should really try harder if you’re only able to add two.

Ah thanks. I must’ve missed it.

I mean I didn’t even know how this hero clone could appear there, lol.

Ok. I seen if it would do it to all four and it did… I havent played a match like that and i wont because it feels a little cheaty to me… [image]

Il just dump this on the end here - cos I’m not quite sure where else to put it: to those of you that play on pc; do you guys have the capability to pm random users/guild members.

Nope. It’s an oft requested feature, but it’s not something that is currently ingame.

Thanks for the reply.

That seems like a bit of an oversight. We can do it on the ps4, and I imagine on xbox too.

I run a (young) guild on mobile and the lack of easy communication is becoming hugely problematic.

I can understand (in terms of written abuse) why they wouldn’t implement pm’s willy-nily, but direct pm’s between guild members would be seriously bloody handy.

We’re still working on it!

Thank you for the response!

Any info on this?

I’m sure someone has reported this, but one of our lower level guild member lost a GW battle even though they had one troop left. Apparently they were a summoned troop. A there an ETA on this one ? Guild Wars is pretty big and losing points can mean moving up or down a bracket. 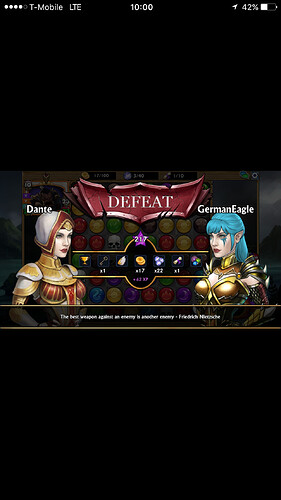 The phantom troop thing is still happening. That Dryad died alright but the card was still there after the batter was over. And it wasn’t a summoned unit or anything. The image just stayed in place after I’d done the last bit of damage. 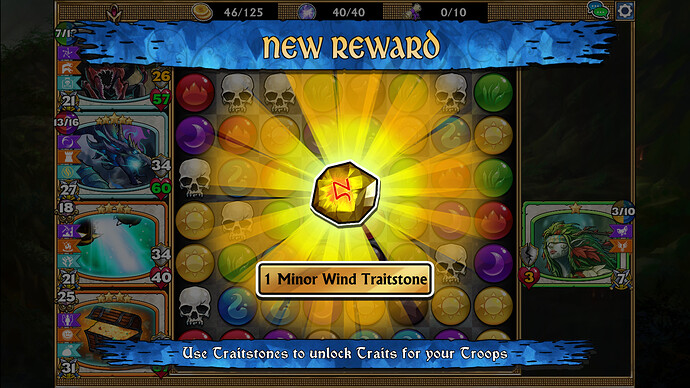 Garnok can cause this if his spell kills himself. I reported it up the thread although it doesn’t look like it’s on the issue tracker yet.

Edit sorry not in this thread but when Garnok was announced

Garnok’s spell will end the game if he is the last troop and it causes him to die. This is despite the fact that he summons a troop. It’s similar to the Elspeth bug that was supposed to have been fixed. In the background of the below you can see that I won the game from Garnok killing himself despite him having summoned Fel’dras [image] Edit: and yes I was testing @mraider94 's team against my own defence

Hero bonuses also different in PC and mobile. But it only affected 3 classes: Archer, Sorcerer, and Deathknight

Yeah, I saw this too. I’ll bet that those 3 classes are set to +2 Magic under “Perks” for you. Unless they intended to change the design, I’d expect the +2 Magic from Perks to apply regardless of the weapon color.

This is still a bug on Mobile, though it is fixed in the Unity version.

Garnok can cause this if his spell kills himself. I reported it up the thread although it doesn’t look like it’s on the issue tracker yet.

Edit sorry not in this thread but when Garnok was announced

I assume this case was on Unity and not mobile?

Sorry if I have missed it, but I don’t remember having seen that issue on the forum.
I have played my 5 daily GW battles as usual and I have lost the 3rd one (the huge stats of the opponents on PC don’t help…).
However here is how my attack screen looks: 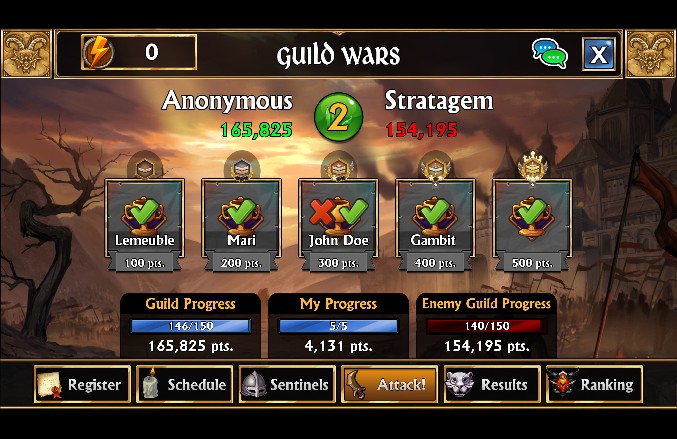 It has happened twice to one of my guilmates last week.
The first time the 6th battle that has been added to him was a defeat that turned his score of the day into 4/1 instead of 5/0.
On both occasion, he has been allowed to play only 4 battles the following day.

Of course I have just submitted a ticket, hoping I will be able to play 5 battles tomorrow and not only 4.
But it is very annoying in a context where the victory for the week often depends of 1-2K points of difference.

Edit : Another of my guildmates has the same problem today. 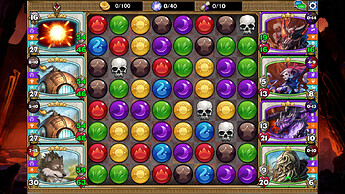 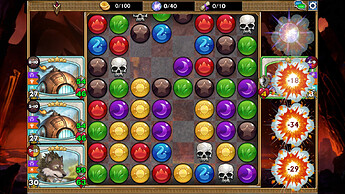 Is this on Mobile or PC/Unity?

Mobile only. It looks like it has been fixed on PC.