Wasn’t sure if that was pre or post patch…

The GW difficulty bug was - what was fixed in today’s patch.

The troop team difference in total is still present after the patch. Mobile is still showing troop team totals (for exact troop and or team) less than PC.

PC is currently calculating team power differently than Mobile, which is why you are seeing a difference. However, this has no effect on your troops and how strong they are, it is just a difference in calculation/ because of this, you won’t see any difference in your fights. We are currently working on a fix for this issue so that PC and mobile calculate the same score.

We are currently looking into the stat differences.

@Saltypatra is surges on 4x matches a bug?

No. That it was not appearing on PC/Mobile was actually the bug. it is meant to happen.

Here are the pictures: 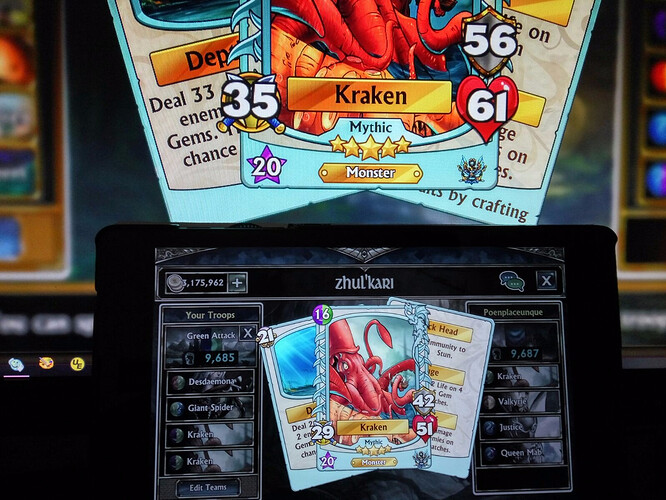 And here is my kraken: 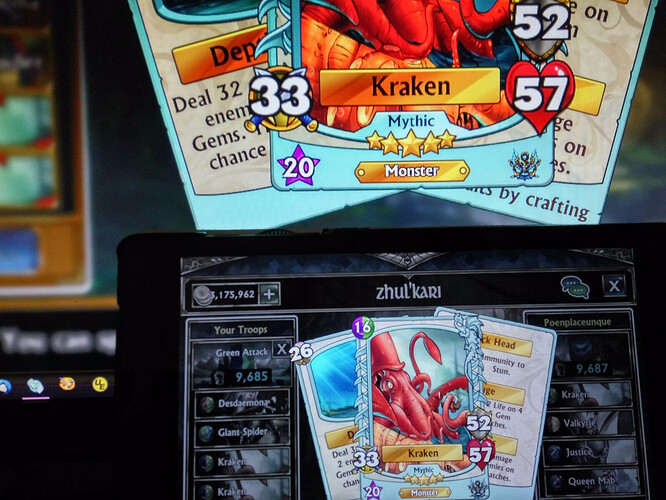 Are you showing a 1 magic difference becasue I am.

However, this has no effect on your troops and how strong they are

Not to disagree with you Salty - but it appeared that the damage was not the same on the mobile when I used any of the troops… Normally TDS does 14 on PC…and in Explore mode with nothing removing any points it was doing 12 on Android… for the same team.

This is due to the stat difference.

We are currently looking into the stat differences.

I’m saying that the team power score calculation might be wrong but doesn’t effect your team’s power. This doesn’t refer to the stats. That is a separate issue.

This doesn’t refer to the stats.

Oh two bugs for the price of one report

I hope it get fixed today… can’t do guild wars on tablet, because it keeps crashing…
Can’t do GW on pc, as I have a huge disadvantage.

(Just be aware that it is nearly EOD Friday here in Australia. There might be a fix out over the weekend, but it’s much more likely to happen on Monday.)

Now Epic to Legendary and Legendary to Mythic adds to sacrifice 1 at a time.

If you press back on the button it will auto show you the highest ascension.

Not sure what you mean but I can’t get anything but 'adding 1 at a time sacrifice at a time with either arrow. (Legendary to Mythic the same…can you imaging clicking 100 times???) 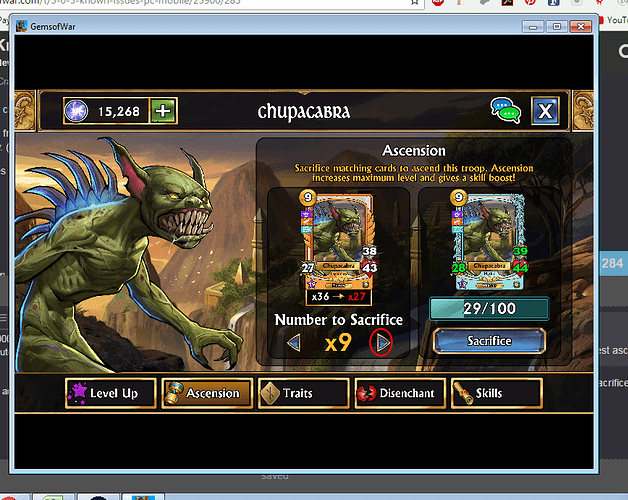