I’m torn. I want pets to be offered even if they are not exclusively blocking, because I cannot easily control when I will get a chance to acquire more copies via the normal (pet gnome) way. However, it’s quite easy for me to gather class XP, and I do so whenever I notice that a kingdom is blocked that way. I don’t want to see those offers, except maybe as a notification that I should go level a class up a bit.

My knight it at 71, he’s not blocking advancement - troops are so its not attainable.

As shown in the screengrab from my account, the required level to not have the Knight class favor task be offered is currently 80. The fact that the required number of troops is not yet available is not relevant to the Class Favor daily deal being offered. 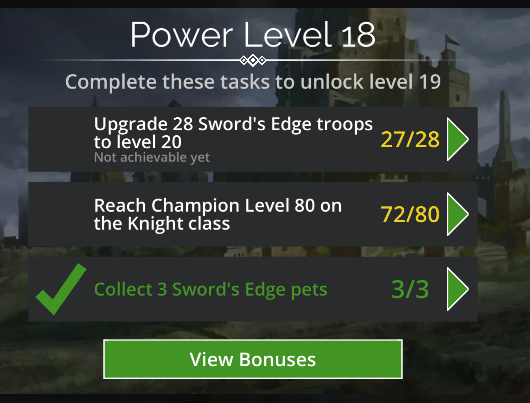 It’ll make sense to you once you stop mythicing event troops during events, or a new pet gets released. It’s just hero xp is never a good deal.

That’s how the system is coded. Each Power requirement is an independent check regardless of the relationship between the the Power task requirements.

Is the first task completed? No. Is it possible to complete the task? No, there aren’t 28 troops available. Skip this requirement and move on.

The system is no more complicated than that.

That’s how the system is coded. Each Power requirement is an independent check regardless of the relationship between the the Power task requirements.

That is pretty much exactly how I suspect it works. Seems to fit with what we are seeing.

Out of curiosity, how much does VIP 6 cost? (Axe’ing for a friend)

In olden times, 800 Microsoft points was 10 money, until it was decreed that Orcs like myself were too easily deceived by false currency, and MS pts were banished from the land.

Out of curiosity, how much does VIP 6 cost? (Axe’ing for a friend) 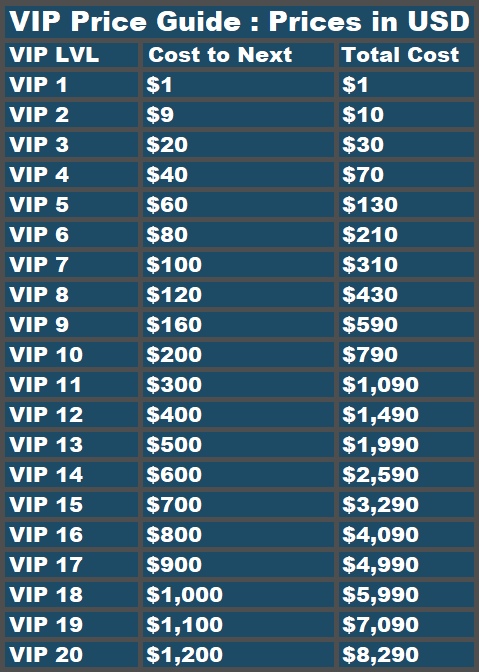 I picked up Steam Puppy for $5 on sale and it got me to VIP3, that was the best progression I got thus far in-game. It also gave pet tiers up to the orb.

They’ve removed the $5 traitstone bundle that counted as a $25-30 purchase as well on mobile but that was worthwhile for VIP tiers.

The flash offers for old event weapons are a great deal if you want the weapon, but I can’t remember offhand how many VIP points it gives you. Not a lot, but it stacks up and I was able to grab a Doomed Blade off of one and effectively save myself a year of waiting for it to show up in the forge (it still hasn’t shown up since I started playing, here’s hoping Monday’s offer is the Doomed Scythe so I have the full collection). I also usually pick up the vault keys, not a lot of points but they also add up and are decent little gem/growth orb bundles. 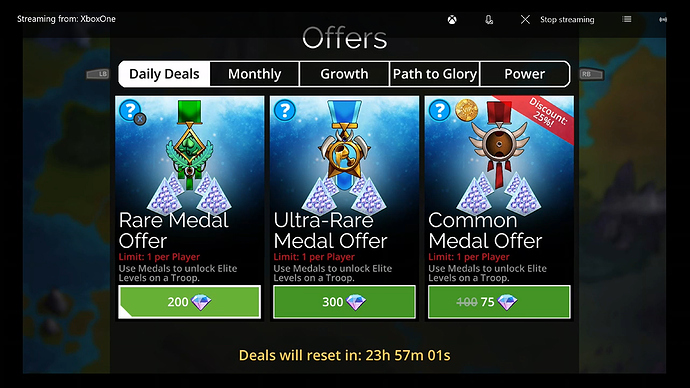 kinda boring. A reroll function would be swell.

They are trying to tell you to medal more of your troops.

I got 1 more Shymera today. 6 more, plus some more Brown/White foods, and I can mythic it. At least it doesn’t eat Blue… 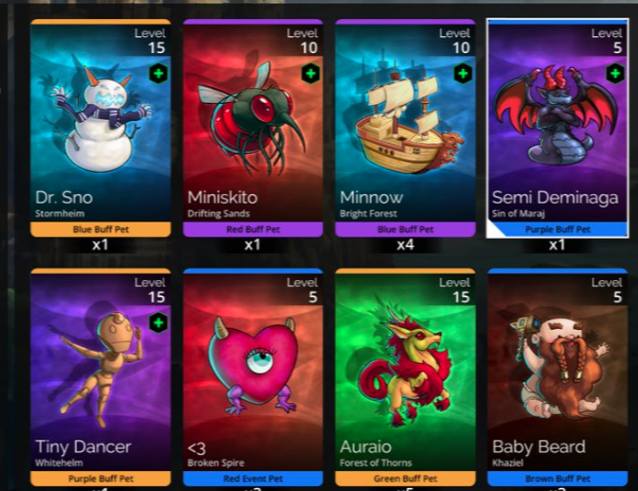 Thank you all for the VIP info. I’ll keep an eye out for those deals.

funny enough, I did upgrade all 48 remaining commons into Bronze Elite yesterday…

Still, wish it’d sell me the Anu Medal. You know, the one that costs the most. I’m like the only person that would buy it.

Don’t do it! It’s so not worthwhile getting that.

The pets and the imperial deeds seem to be the best bang for your buck since those can’t be gotten reliably, the rest are iffy at best.

I can’t even get pets! The 2 I need don’t block progress at the moment lol. I’d buy Imperials as well, but I’ve only seen it once so far. 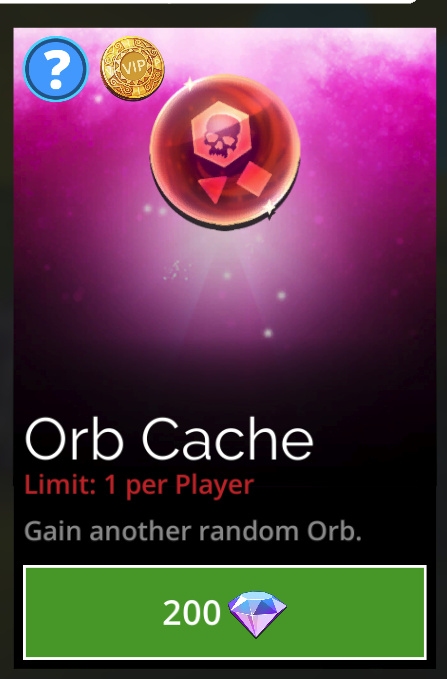 Lol… you got Legion Booster with a discount. I just got offered it for the first time at FULL PRICE! 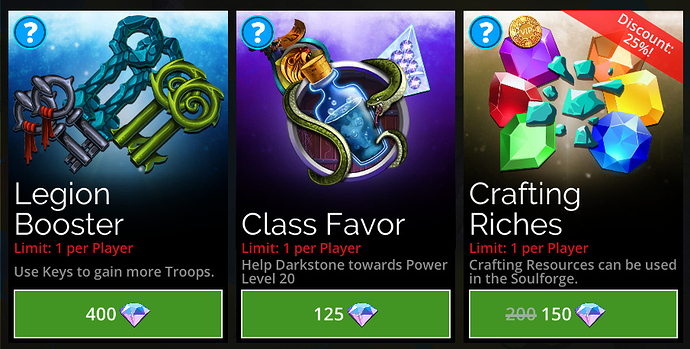 At full price, you’re saving 100 gems. With the discount, you’re saving 200 gems. Is it a good deal either way? Not really. It’s just offering things that already cost gems at a slightly lower price. Yawn.