Here are my daily deals for today. The class XP one is particularly intriguing. 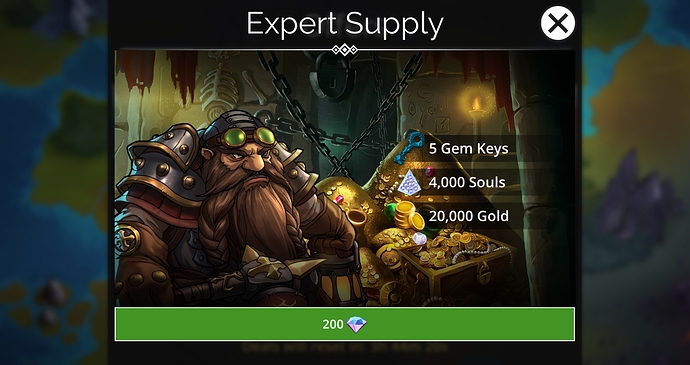 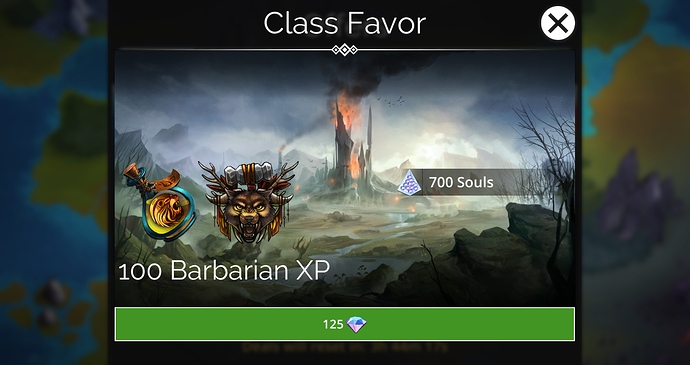 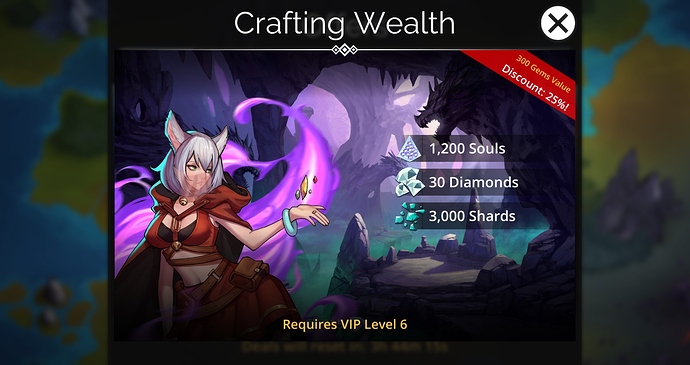 Here’s my constructive feedback for the dev team, after thinking it over for a couple hours:

I thought the point of the update was to provide a tempting daily gem sink that would slowly drain gem reserves. This would increase the versatility (value) of gems, and players would eventually need to spend money if they wanted to keep up with the daily deals and buy tier 4 in all events. I totally support this; it’s a decent way to increase monetization without making any specific part of the game P2W. You choose where to spend your gems, or you make occasional purchases so that you can “do everything.”

The current array of daily deals doesn’t achieve this. Most offer resources that are worthless to lategame players, and many seem to offer very poor gem value. I might buy a Yasmine medal or some deeds, but I need to wait to be randomly offered them. If they’re locked behind VIP 6, I can’t purchase them - which is nuts, because the way to convince me to earn VIP 6 is to drain my gems so that I need to spend money on the game. (Or start selling retroactive Death Knight armor, with scaling gold/souls based on your current level.)

One solution might be to allow players to veto a small number of deal categories. Not enough to guarantee daily deed purchases, but 2-3 would be reasonable. I will never want to buy jewels through a daily deal (I have tens of thousands), so please offer me something else that I might spend gems on. That way I get resources I care about, and you get my gems.

I hope that the team can work out a way to make the game more profitable. A lot of people want to spend small amounts of real money on the game, but it’s hard to find anything worth buying.

Maybe the daily deals are more attractive for early-midgame players, but they seem to miss the mark for endgame players.

But at least 5 different ads.

Ones I have that you dont,

Providing a Magic Trove example below. If you need them I can probably go find the rest but it will take a while. 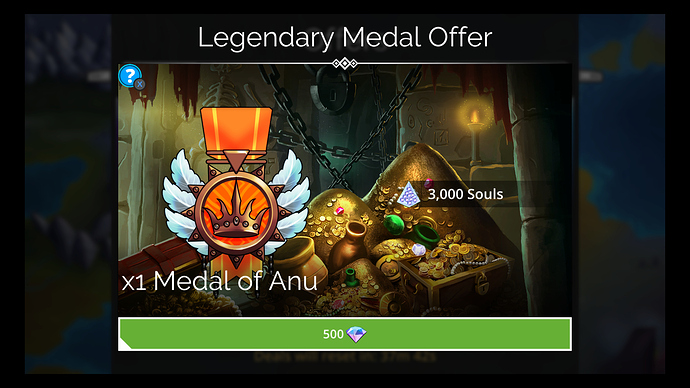 Nice find. I hadnt seen a new one in 4+ hours

Glad to break the dry streak.

All useless to me. 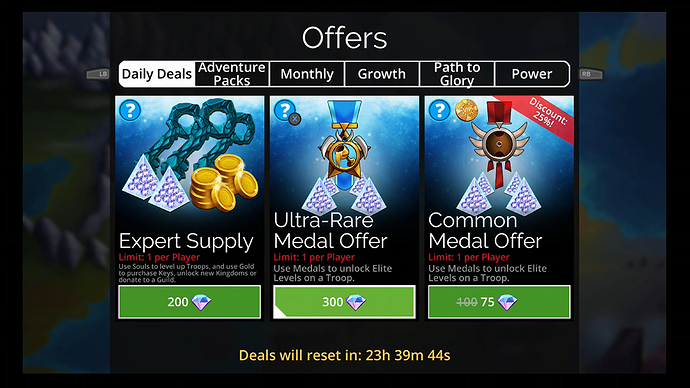 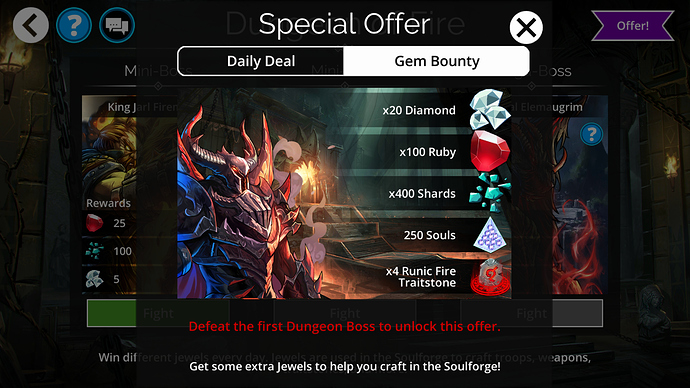 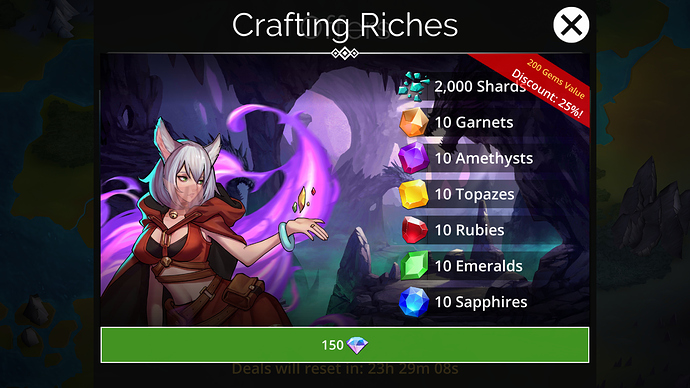 Pinged Kafka in the 4.9 thread but I assume this is a bug. No VIP Discount for the Orb Bounty. If anyone else sees it let me know please. 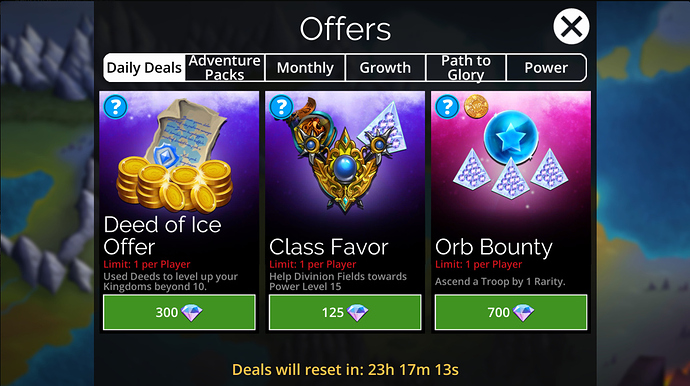 No discount on Wisdom Orbs either 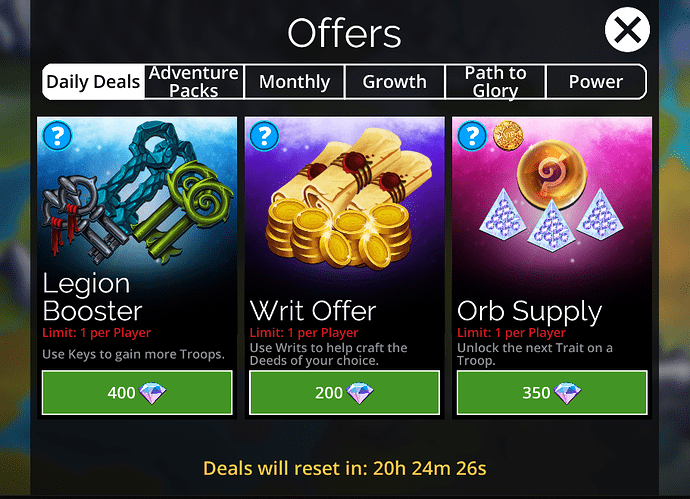 Interesting. We will need to track these VIP only offers as well I guess.

Edit - It appears all 4 orb deals I have info on are VIP only.

I can confirm Orb Cache, Clan Offer, Orb Supply, and Orb Bounty are VIP only and not discounted at the moment.

Oh, that is some fantastic math right there. Lmao

Do anyone outside of the first month or so of play actually need more ingots? 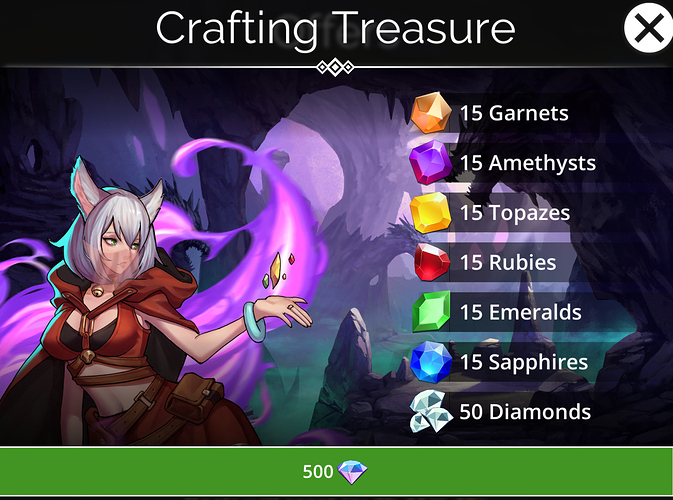 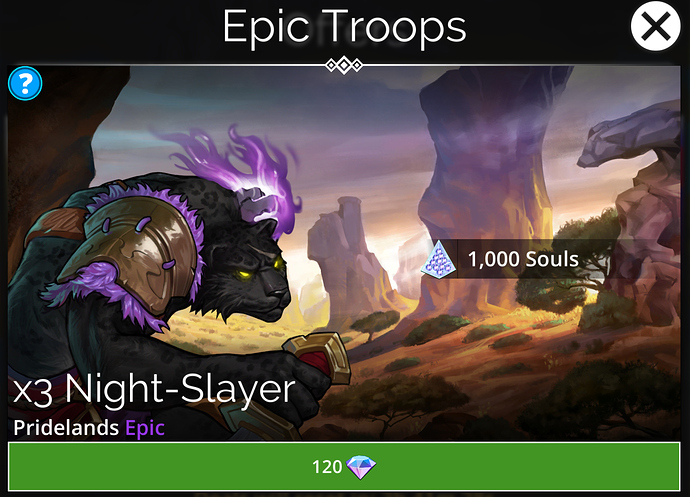 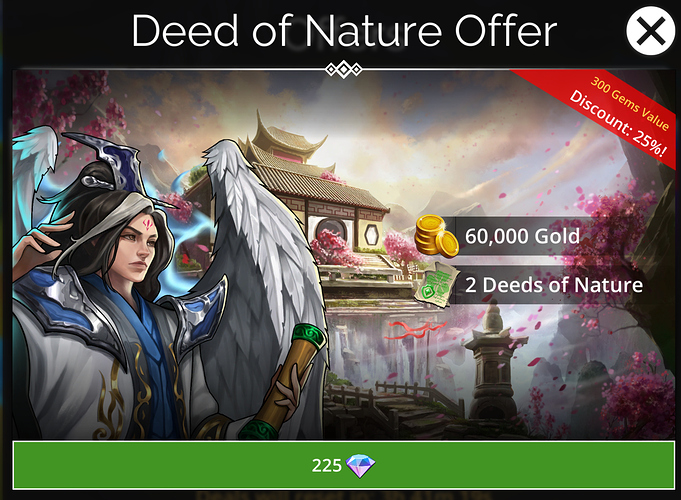 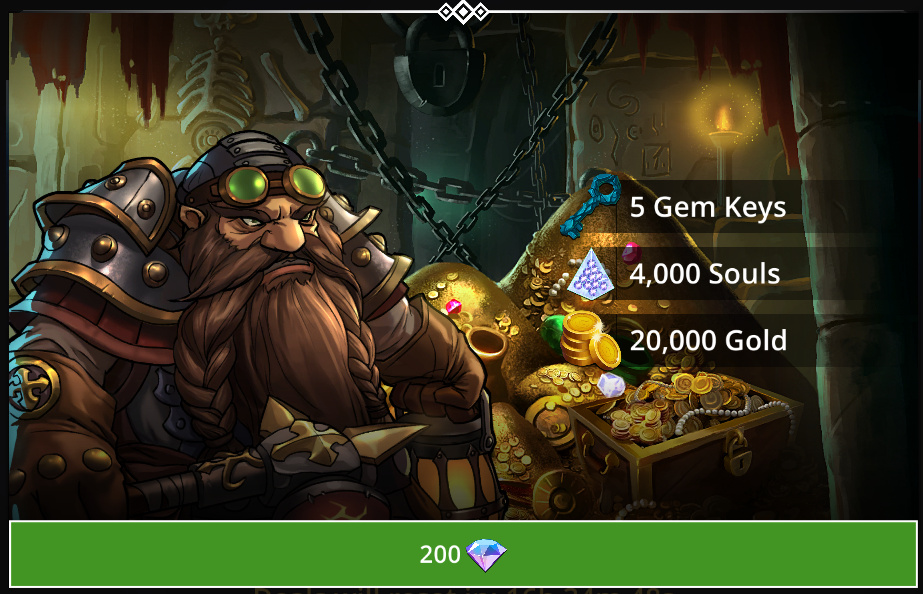 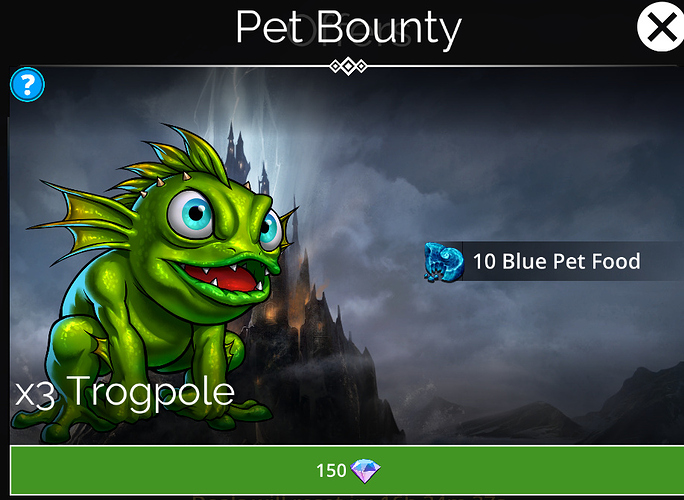 image919×671 200 KB
(intriguing actually, given that I need 1 more to get this pet to mythic and pets are becoming more and more rare as people play less PvP – and as more pets come out, pets become diluted – I’ll probably grab this one, even though I only need ONE of him since I have 15 and need 16 to upgrade to level 20, and I already have 151 blue pet food… but it also allowed me to upgrade Darkstone to power level 17) 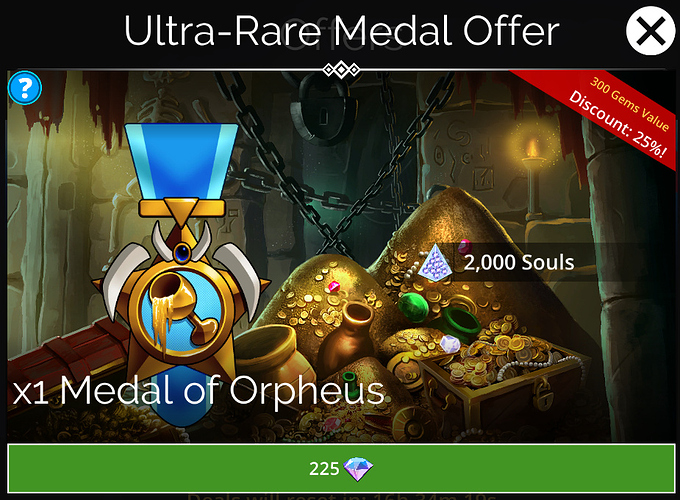 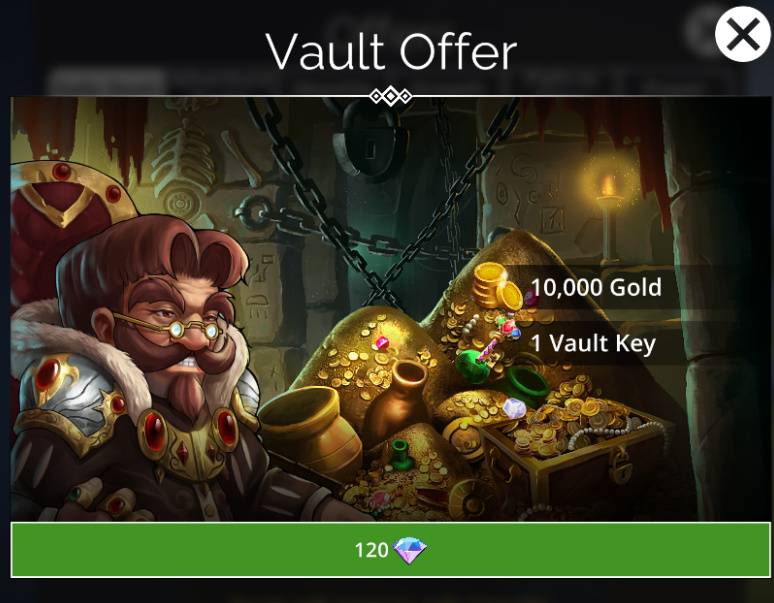 Thanks to Angi at Hoguns for sharing that.

Thanks to Angi at Hoguns for sharing that.

Thanks! Added to the OP.

Only a couple deals left to find now, mainly ones for newer accounts.