What is this garbage? (Compensation)

It is about the time wasted playing the game trying to get the 10th. It is an insult for a duplicated bug from last Kingdom Pass. You would have thought it would have been fixed by now.

I played vault weekend. I would have regardless.

I agree that it should have been fixed last time.

If you are endgame as you say, you should have all your pets maxed. No gems there. You should have had all your doom weapons maxed when it was more often than once every 11 weeks.

I started playing two years ago and am fairly endgame. I still need two more kingdom mythics and all but 1 of the apocalypse ones.

Personally I still need diamonds, however the compensation is to buy the level we’re missing and nothing but that.

I also don’t have all Doomed weapons maxed as I’ve started “too late” for that to happen. Bummer.

And no one can have all pets maxed when new ones are being released all the time. Like today.

I don’t even have all pets as we haven’t found the Shadow-Hunter pet yet, and I’m not going to pay for the new one. I also didn’t get to max all cosmetic pets. If you don’t do it right away chances are slim you’ll ever be able to again, and for the longest time I didn’t have the gems.

I am an end gamer. I need gems to buy all the new pets that pop up. No need for diamonds.

This is where my diamonds go…Can you tell? 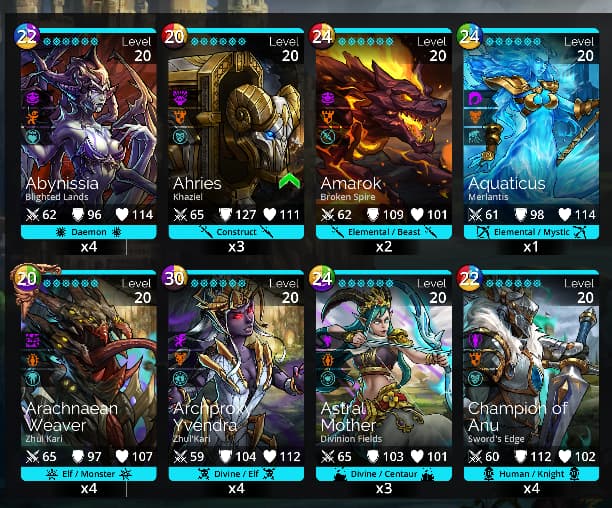 Processing issues with compensation and people’s reaction to it, and my own attitudes over in my head (and putting aside obvious nonsense like 5 lost crowns or 3 lost rewards levels or 5 lost reward levels when I can’t even start to imagine how people come up with this stuff or ideas of wasted time chasing battlecrashers on weekend when people spend more than usual time chasing gnomes) here is what I came up with.

We’re looking at the prospect of one reward tier fewer than ideal and 100 gems given to buy this missing tier right now and reach max point.
We can roughly divide players into three groups:

Now, the question in my mind is - are the bonus reward that would/will be missed worth 100 gems? less? more?
I’m not sure on which one the event ends (that would be what one misses ultimately), so I’ll give my personal opinion about all of them.

Summing it up, everybody gets more than they potentially lost, except for group 2a - players who actually use 100 gem compensation to buy one reward tier.

Given that the first level is a freebie, collecting all 350 crowns would be a total of 71 levels for paid players who don’t spend gems to skip levels. The final level would give 2 Orpheus tokens in that instance. So the 100 gems compensation would far outweigh the value of the 2 Orpheus tokens paid players would miss out on by missing 3 crowns due to the bug. Therefore, I feel that the compensation is more than fair. But that doesn’t change the fact that this bug needs to be fixed, or at least make sure not to have a Vault event overlap with a Kingdom Pass.

Gems way more important than diamonds and devs know it.

They also are going to likely at a guess, change the currency of diamonds. Why?

I don’t even bother with dungeons any more. Don’t bother with faction assaults, pvp, arena, class stuff, farming delves, even AB, except if gems or deed resources. Don’t need souls either, enough for 1400 troops to gold. Just need medals and no longer bothered about those so much.

Sadly I’ve now decided that our dear devs are having no more gems for pets either. Nor another penny until they roll back the greed!

I’ll manage just fine. I’m not a collector - I didn’t start from day one and I’m extremely glad.

Sorry devs I’m no longer bothered about books, keep them as is and drive 90% of player base away. If someone pays £1000 for +1 magic, that’s on them.

Here’s a novel concept, how about they do better testing, which should cut down on the bugs that affect us and then they only need to worry about compensation for the occasional bug that squeaks through??? I expect that the playerbase will be much more open to whatever the compensation is when we aren’t constantly being pummeled with bugs (especially bugs that were reported in the previous event). The playerbase is NOT your beta testing/QA dept. Stop treating us as such.

Processing issues with compensation and people’s reaction to it, and my own attitudes over in my head

This forum recently has me thinking I’m the one taking crazy pills with the sheer entitlement that players are displaying.
Keep thinking I’m missing some huge obvious point to all this outrage.

Thanks Dust_Angel for laying it all out in plain terms.

For the average player who doesnt pay for “subscriptions” like campaign etc, gems are more important than diamonds because most mythics aren’t worth crafting. The opinions of whales aren’t exactly pertinent in terms of the majority of players. All weapons maxed? I simply don’t believe that you have maxed all forge scroll weapons.

Here’s a novel concept, how about they do better testing, which should cut down on the bugs that affect us and then they only need to worry about compensation for the occasional bug that squeaks through??? I expect that the playerbase will be much more open to whatever the compensation is when we aren’t constantly being pummeled with bugs (especially bugs that were reported in the previous event). The playerbase is NOT your beta testing/QA dept. Stop treating us as such.

You have the post of the year! It is sad when we keep talking about compensation. Proper testing would eliminate this. I am a software developer. We make sure all new functionality was tested thoroughly before it was releases. Not saying there may be a small bug, but knowing a bug was reported xx months ago and not fixing. Brutal.

Bingo. I am CEI and systems. I would be out of a job if I delivered untested designs. And probably unemployable in the field

But I think that this weekend with as follows the crab campaign tasks and the 3rd event running who lurking on real money has reach by the players the border of what is acceptable.

If I look, how many new topics are now active by all great input of gamers who want the best for this game and see also nice reaction of the game makers corner who give me the proof that we as gamers can help the team with making this game a pleasure for maker and customers then it was it worth to be critic!

There will always be people who ask for much more than is fair, but therefore we also here to let them know stay realistic…

But what disturb me pretty bad is the fact that very many players who have play this game and deal with the dev’s corner has taken for granted
Dont bother people, we get a compensation when they are back

Gems are in my eyes the pay income 100 gems we speak I think over so €25 to €30 that x all players is an insane high price!
If I then think out loud from the side of the makers, they can ask lower prices of products if they take us serious and solve issues so they dont have to compensate all gamers over and over

I think a win-win situation

Why is 100 gems not enough when the fact is at 2 levels per day you should be done with plenty of extra days to spare regardless of the lack of crasher ten. I’ll happily take your 100 of your that unhappy with it. Atm there are still 17 days left in event…that gets you 34/50 levels right there…if you can’t finish event because of three days of missing one crasher that’s on you.

Why is 100 gems not enough when the fact is at 2 levels per day you should be done with plenty of extra days to spare regardless of the lack of crasher ten. I’ll happily take your 100 of your that unhappy with it. Atm there are still 17 days left in event…that gets you 34/50 levels right there…if you can’t finish event because of three days of missing one crasher that’s on you.

The problem was this was a known issue, and it was assumed it was fixed. You never know when the 10th crasher appears. It can take many hours of play before the 10th pops. So, people kept playing and playing when they did not have to. Thus, it’s more about the time people feel wasted.

Tbh what would you have done instead?
Seriously. Would you have turned off your device during a vault event weekend and quit playing after getting the 10th BC?

If Yes, you probably dont care anymore about orbs, gems, diamonds and the other loot from a vault event. And so you shouldn’t care about the one missing reward of that kingdom event neither.

If No, why do you even complain about your time beeing wasted? You would have done explore or pvp anyways and that’s were those BCs appear.

Yes, this issue should have been fixed several weeks ago, but you already made your point. Repeating it billion times won’t make any differrence beside the fact, that everyone got a refund worth more then 100% of what we were missing.

I love people who are such stubborn that they can’t acknowledge their own… No, I’m not gonna say this

Could we please let this go. Everything has been said. Time to move on

Move on knowing that even “fixed” bugs may happen again, maybe check the forums to see if they show up again.

Ok thats totally fair…time being worth money and what not…I’m still cool with the comp but like I said I still managed to get two levels everyday so I wasn’t affected in the same way…looking at it like you pointed out I respectfully agree and recind my objections lol…the thought of playing for many hours without that last one is just mind numbing… especially with how fast the first nine dropped lol. Luck out there!