Having daily quests will help get people doing a little bit of everything as long as rewards are reasonable. I have put a couple of images together to give an idea of what I am thinking. I understand rewards would vary weekly and may not be as good as i made them, but we need something to make arena, treasure hunt, and explore worth doing for people that are high level. This would also help new players grow stronger.

probably best location for quest icon would be under settings button. 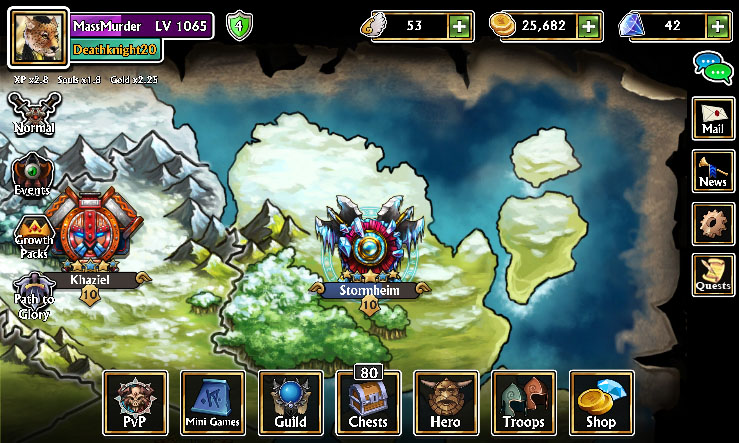 images, quests, and payout could change weekly this is just an idea to get it started hopefully 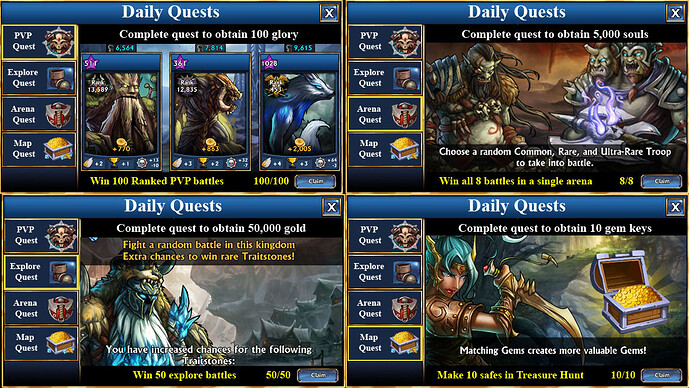 This is actually been confirmed. As in coming soon™ to PC/Mobile

sweet, i know this has been brought up before i just wanted to throw my idea out there

On Console it’s already there. The Import to PC is taking time

This is confirmed to come, and will be reworked greatly compared to how it currently is on Console.

do you know where i can find an image or video of daily quests on console? i cant find it in forums and youtube videos only show battle screens for console

I’ll send a pic in a few minutes… 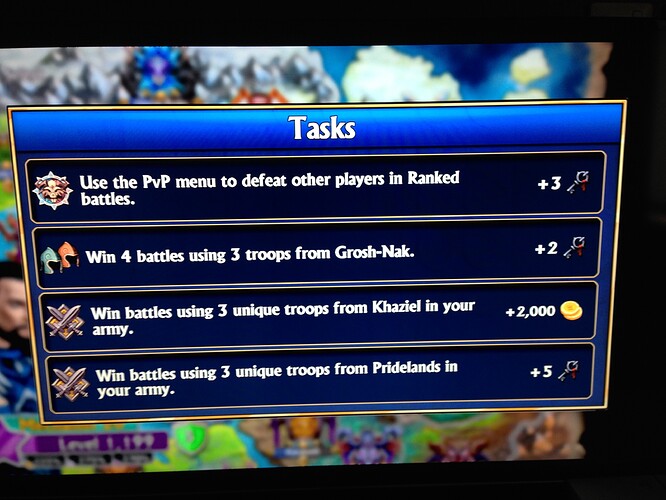 Hi all, We’ve been having some discussions recently about some of the Console version quirks and the differences between the versions. In response to that, I’m planning to try streaming some gameplay for the first time this weekend from my PS4, with the intent being to demonstrate some of the features that are available on console that aren’t available on PC/Mobile. I have a couple ideas of my own, but thought I would throw out the question to see if anyone has additional ideas that I haven’t…

I made a not-very-good video to show the system. It’s not great, but it at least shows you how things work. It is the first video in that post.

I am planning to do something like this again if I can get a good set of tasks on a day where I have time to stream.

thank you @Verdugo it looks interesting, i just hope they incorporate arena, maps, and explore when it comes to pc/mobile

Oh i can’t wait for this to come! I love doing quests.

There is a pretty wide variety. Most of the options are battle related and you can complete them in most modes, but there are tasks that are specific to PvP, arena, explore and even treasure hunt.

Nice work, though I expect that the daily tasks we get will be smaller in scale.

Yes. Aside from the Arena task, which is pretty much an exact copy of a current console task, the others are considerably larger in scale than what would be reasonable for a daily task. For example, the console treasure hunt daily task is just to use 5 treasure maps. That can be done in a few minutes if you just want to blow through them, or could take an hour or so if you’re really trying. Making 10 vaults could take hours, at best, and some players might NEVER be able to complete it. Even 50 explore battles would be a lot for a single day for a lot of players. If I get the win 75 battles of any type, I’m usually spreading it out over 2 or 3 days. For the sake of completion, win 10 ranked PVP battles is an actual task, versus the 100 in the OP.

I like the small, bite-sized tasks that can be completed in anywhere from a few minutes to an hour or two, and don’t mind some of the larger ones as long as they complete naturally through regular gameplay.

I don’t think the system needs a dramatic overhaul, but just some rebalancing and review of the task lists to ensure that there is an appropriate variety of task types and rewards (mostly so @strat doesn’t keep getting “Win 15 battles with constructs” 3-5 times per week). If they wanted to upgrade the interface a little bit, that would be fine, but I like the ‘quick reference’ style of the existing setup where I don’t have to click through another series of menus and screens to see what I need to do.

Before Guild War, I would agree that we need daily quests.
But now, honestly, I’m not that looking forward to having another agenda to check off everyday.
So yea, a much smaller scale would be appreciated.

(mostly so @strat doesn’t keep getting “Win 15 battles with constructs” 3-5 times per week). 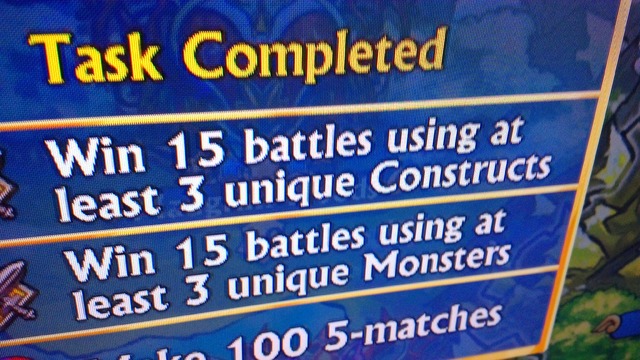 Just want to be sure.
Do the tasks refresh everyday? Or do you have a whole week to complete them?

@Sidousai
Current console version:
Task A Refreshes automatically daily if its completed or not.
Task B,C, and D never automatically refreshes until the day after you complete it.