I apologise for merging a few things together, but I’m simply too busy this week to do things properly.

There seem to be a number of visual alignment/size problems on my iPad6 (running the most recent version of iOS). The screen size is 2048 x 1536, but I’ve shrunk the following screenshot to 50%. As you can see, the spell images have been shrunk in battle; this does not affect the troop images when they’re not at full mana. There’s also big alignment problems with the Troop Filter, but I forgot to screenshot that. Honestly, I think you need one of your internal testers to check every possible screen under this iOS configuration.

Also, when Salty showed us the new battle-information screen on Twitch, I knew there was something I didn’t like about it. Having now watched Tacet trying to use it, I understand what the problems are. I strongly urge you to revisit a couple of aspects of this screen ASAP (and you might as well make all the changes at the same time – it’s a lot more efficient than coming back to the same screen/code multiple times). Specifically:

The following are missing and really should be added: a) elapsed time of the battle (an obvious omission, now that we can see it during the battle, but not after); b) progress towards the next Class Level, preferably both visual and with an x/y text overlay, eg: 5/75 (this is desperately needed, since it takes so many steps to find this information); c) total tally of each resource gained from the battle (when I find the Arcane Traitstone I’ve been looking for, I really want to know how many of them I now have, in total); d) the ability to view your opponent’s details and/or the team you just fought in PvP/GW. There’s probably more, but that’s the obvious and important stuff.

I apologise for my somewhat unforgiving tone, here. I’m feeling a lot of frustration that such simple and obvious things have made it through the QA process. As for the Victory screen, I feel we’ve all been suffering without some obvious stuff for a very long time.

I certainly do appreciate the positive changes that have been made, both this patch (eg: adding the battle information screen at all!) and in the past (eg: changing the backgrounds of some cards so we know which Gnome is giving us which reward), but it’s really hard to focus on the positive when such obvious mistakes have been released to the public.

Anyway, I hope this helps.

Naturally, I forgot another bug.

I reported this last bug separately. You can dismiss it by bringing up any other menu feature while the tab ought to be minimized.

Here’s another one for the pile. Did you know that the tabs at the right hand side of the screen (for mail, events, etc.) have individual names?

I am not sure if I should post this here or not, but there’s another related issue with the interface.

Here’s the screenshot, which is pretty much self-explanatory. 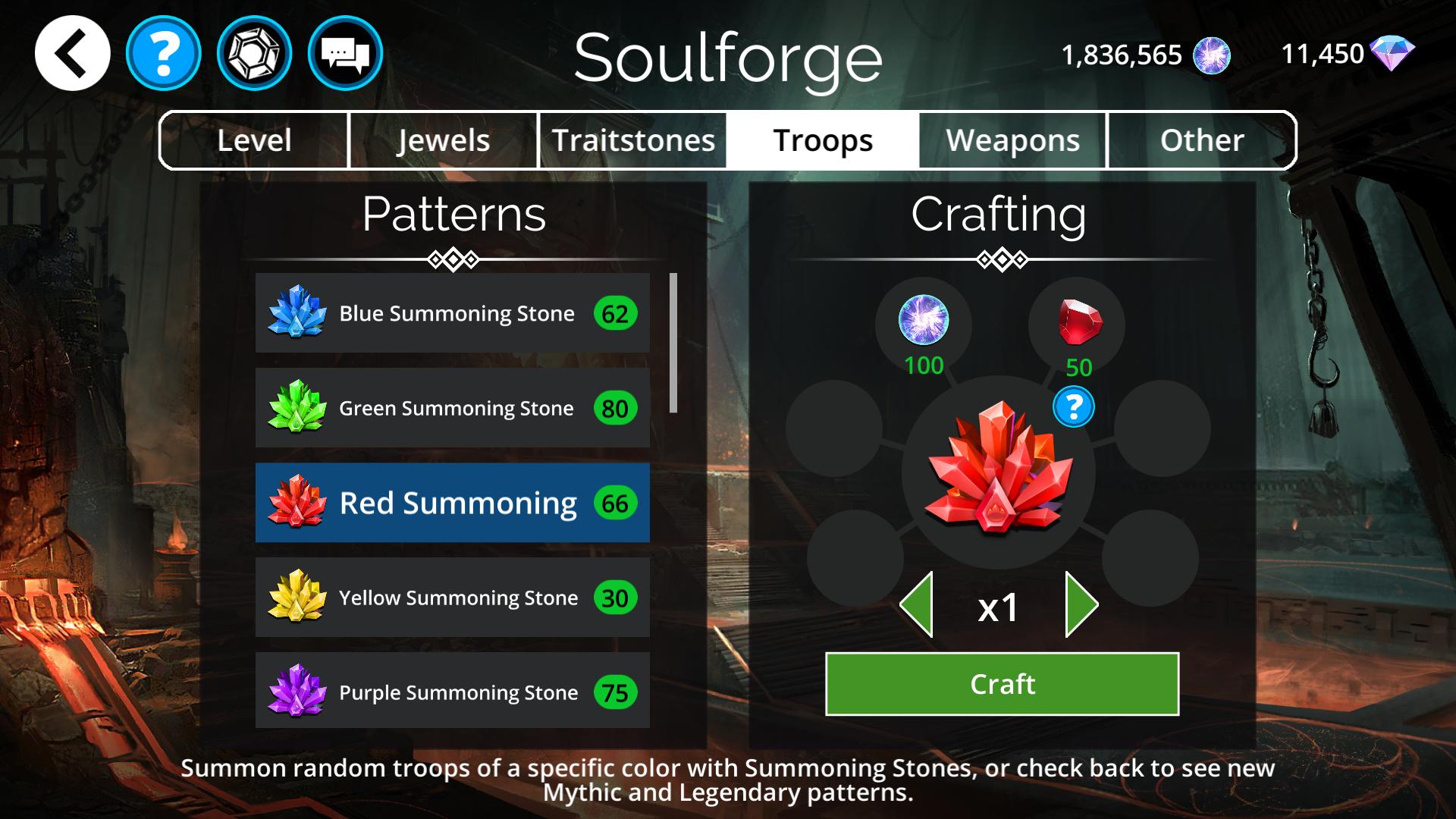 For the record, this image from another thread is pretty much what I’m seeing on my iPad with the Filter:

I’m not getting any mobile notifications since the 4.3.5 update
sometimes had issues with them before with them being delayed or whatnot
but I havn’t gotten a single one since the update

Critical issue: Battles or purchases are often not updated in real-time in most cases Bug Reports

Platform: PC, Steam client Game version: 4.3.5.04 (bug was introduced since 4.3.0.07 update) Game language: English Operating system: Windows 7 (64-bit) Home Premium Service Pack 1 What happened? This is an old issue that only started happening since the 4.3.0.07 update was first released. Game progress is not properly recorded in real-time. You often must switch or click on another part of the interface and then return back to it to see the change that should have happened automatically. …

Yep. No Android notifications here, either. Only ones I have on are Pet Rescue and Tribute, but I’m getting nothing since the update. Note that notifications are off on iPad and PC, which is where I actually play – I only use Android for the notifications, and to collect tribute when I’m out.

To add insult to injury, game version 4.3.5 did not fix the missing tags for Revenge battles/Rival thing.
Often when I re-entered the PvP screen, then I see that tag. I guess I’ll have to wait for 4.4 or 4.5 or 5.0.

That’s pretty much how I use my notifications, really sucks to not get the pet rescue ones

I also wanted to add that I too am using Android (v. 8.1.0) and have not gotten notifications since the new update. I have confirmed with some guildmates as well that use Android. Do the devs know? @Saltypatra @Cyrup @Ozball

Don’t forget to check the Known Issues list if you’re experiencing an issue and not sure what to do:

Alerts not sending on Android

Select 'follow' in the top right-hand corner to be notified of any updates to this issue. Status Under investigation by the game team.   The issue: After installing game version 4.3.5, no Alerts (p...

We also mentioned quite some time ago on the Known Issues list it wasn’t possible to fix the Rival/Revenge tags in PVP until 4.4.

Unfortunately we were too far into production for 4.3.5 to slot it into that update.

This is an issue I posted as a bug report:

Platform, device version and operating system: iOS whatever’s current on an iPhone 7 What you were expecting to happen, and what actually happened: When I start Gems of War and I am listening to music on my headphones, I would like for the music to continue playing. Instead, my music stops playing and I have to restart it. How often does this happen? When did it begin happening? This only happens if I start GoW from a “quit” state. For example, if I background the game and come back later i…

Thank you for your reply on both the Android Alert and Rival/Revenge issues.

I’m afraid there are two reasons I do not normally check the “Known Issues List”:

Nonetheless, I will try to remember that it exists, in future.

In the meantime, I would strongly recommend that you remove the “Win 3 Revenge Battles” quest (and any others that are similar) from the potential list of Daily Quests, until the bug is fixed. It should be easy to do as part of a content update.

Another screen bug, not necessarily visual. Not seen anything on this one, apologies if replicated.

Since the last few days, on Pc Steam I am unable to click on my own profile in PVP to look at my stats/wins/streaks. I can do this for all other players in Top 100.

After messing around for a while, I found a workaround. To fix you have to mess around clicking on casual, stats, defenders and it will randomly work as normal. It used to work just fine before. Moving in and out of PVP does not fix it.

So apparently, there is still a way to identify Revenge battles: the projected Glory rewards are higher than they would otherwise be!

I found this out from a veteran player.

I cannot imagine why it wasn’t the first thing the devs told us to look for, as a temporary work-around until patch 4.4 (when it will hopefully be fixed).

Little downgrade in 4.3.5 its not possible anymore to change sound volume during a battle.

It may still be possible, but you have to click through two levels of menu, with icons at opposite extremes of the screen. I don’t understand this kind of UI design.

Anyway, try clicking the top-right cog to open the battle info screen, then click the top-left cog to get to settings. If adjusting volume doesn’t work at that point (eg: slider won’t move or gets ignored until after battle ends), I suggest posting a separate bug report.