NOTE: This is a community-drive category. A developer may not respond to your post. If you need help with Gems of War please contact support here. To report a bug go here.

Describe your issue:
I have recently returned to the game and I’m not able to change the difficulty before battles. 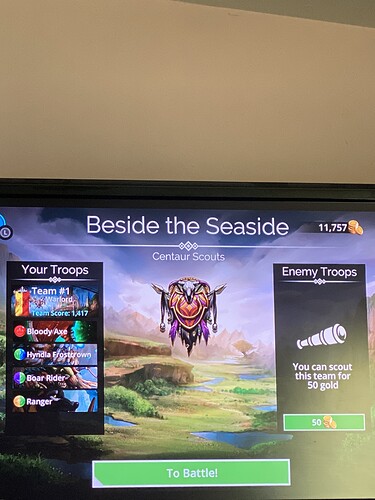 Difficulty settings and their benefits

Certain game modes allow you to select the difficulty settings. Setting them high will not only make the opposing team more difficult to defeat but it will also apply reward bonuses. The following ...

I have seen this article already. If you look at my image you can see that the option isn’t there to change difficulty.

What game mode is that?

The option to change difficulty levels in certain game modes was removed quite a while back.

It’s the kingdom quests. As I’m coming back to the game after some time, I was wondering if it was removed. The link explaining difficultly them needs to be updated?

The link I posted doesn’t mention kingdom quests as one of the game modes that has a difficulty level setting. Only Explore, Casual PvP and Vault.

You can not change the Difficulty on Kingdom Quests.

The article is up to date, listing;

As Game modes with the option to change difficulty. Difficulty options in Kingdom Quests was removed I believe at least 2 years ago.

Just to clarify a bit → difficulty setting can still be set for Explore and Vault, but it’s not from battle screen anymore:

But other than that, there’s no difficulty setting that gems used to had.