[To be hotfixed] Screen Flashes Red after Collecting Battle Rewards

What you were expecting to happen, and what actually happened:
After collecting rewards from winning a battle, the screen flashes red for a split second.

How often does this happen? When did it begin happening?
It started happening today and happens after every Battle.

Steps to make it happen again
Win a battle and collect rewards.

I forgot a picture. The initial flash is so quick that it’s hard to capture, but this sometimes happens. 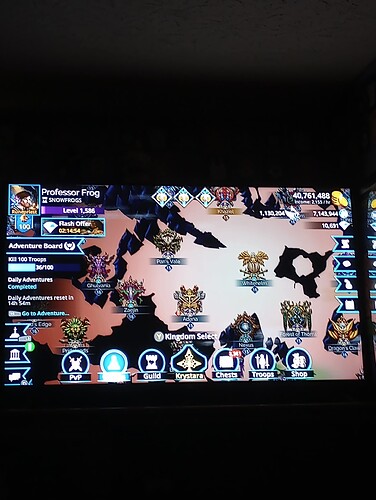 On steam red flash exiting battles screens to main menu. Here is a gif of it. Happens on Explore, World Lore event and Adventure Board. I can’t check legends reborn till the next phase. I haven’t seen it happen on pets or delves. On steam I already verified files and all checked out ok. So far its happened after ever one of these battles all the time since patch.

I’m getting this on PS4 too.

um thats a xbox one bud not a ps4. @thejaz180 thats cool though. I’m getting a xbox one in December I’m hoping I don’t have this issue with mine.

Don’t understand your comment. If you meant I should’ve posted the problem I’m having with the red flashes in a PS4 thread then, my fault.

I could see how it could be mistaken. This red flash thing needs to go. It’s messing with my eyes.

I suspect, the red world map will be part of the event next week. Who wants to bet, that the regular map will flash up briefly then instead?

Clearly a placeholder for a future system that, if approved, will project ads onto the world map between battles.

This battle in Whitehelm was brought to you by NordVPN. Skip ad in 15s >>.

No. 30 seconds. This Guild Wars was brought to you by Raid Shadow Legends

Here same problem on PS5
After every fight is the screen red. 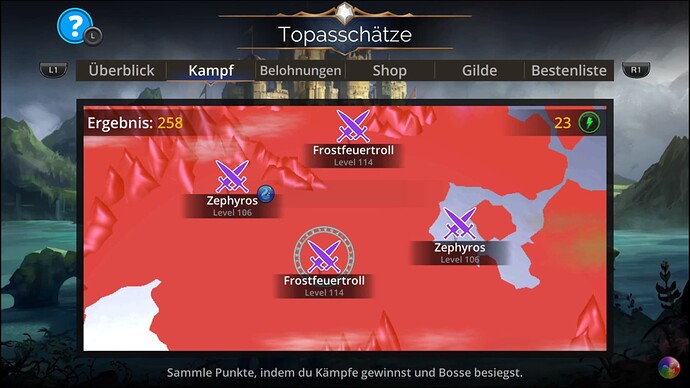 lol both you and @Darkscythe are funny. Great job on the advertisements btw.

Hi all, we have plans for a hotfix, I’ve posted the details here:

Hi Adventurers, We have some issues in version 6.6 we’re going to try to do a hotfix for. The issues are: On mobile if you “download all assets” from the graphics settings menu in game, the download will freeze. The map flashes red when returning to it, and occasionally appears very dark or black The settings, chat and game speed buttons are off screen and can’t be used inside battles on some tablets and squarer screen/window resolutions. We are aware that there are issues with the…

Welp I’m now getting it after I just updated the game on switch. After I left gnome vault battle I briefly saw the red screen on the world map.

.If go to underworld and back,everything is back to normal.

On Switch the same.

My underworld is going pitch black for almost 2 whole minutes when opening it and closing it.