This is really nothing - Sneak Peak

Well it’s slightly better than “nothing” but… 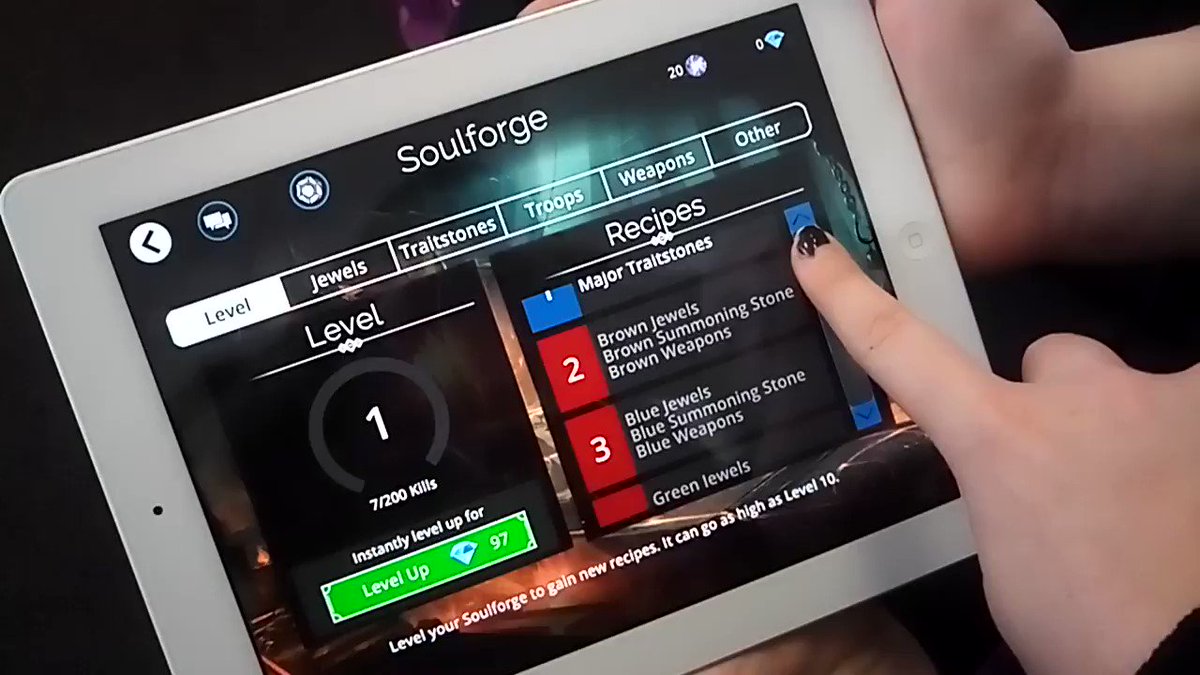 So you can scroll…

You’re right, it says “Instantly level up for”

At level 9, in the craftable resources, there are “Diamonds” and not "Gems"
So will there be a new resource? Are those 97 Diamonds and not Gems?

I don’t think so.

Yep, but let’s hope to have a 100% chance to obtain diamonds from dungeons and not only 5 or 10%, because that would be another RNG based mode

If level 1 requires 200 kills, with 3 dungeons (guessing that you win all of them) per day you need over 2 months only for first upgrade

Yeah I’m not a big fan of the % of dropping diamonds…
Moreover, we surely can do only one time the dungeon by day…
https://community.gemsofwar.com/uploads/short-url/eMl2Bpd0wChzDsVm7xlswuvjEFM.jpg
We could certainly buy them with dollars so maybe it’s their buisness plan

I don’t think it’s kills only in dungeon. It should be like the Hero’s class: overall kill in all modes. 200 for the 1st level it’s already a lot. I can’t imagine how many kills we will need for the level 10.

Nope, not details! Just obscure boomerangs on our social channels, just the way I like it.

Still on track to be live with 3.1 by end of August including consoles?

I have some shiny Mabs laying around, and some of them are shiny. Let me know if you have some info.

Nope, not details! Just obscure boomerangs on our social channels, just the way I like it.

Also, for no related reason a random tought appears: I just imagined a “Fidget Spinner Boomerang”…

I’m going to make him do the next one.

Lol, I said that one Facebook. 'Wow, someone has really sexy hands, is it Sirrian? '
And it was saltypatra?
Well salty, you do indeed have beautiful hands! I didn’t even think that was a thing. Lol.