So much variety in PvP right now

I wonder what my next fight will be 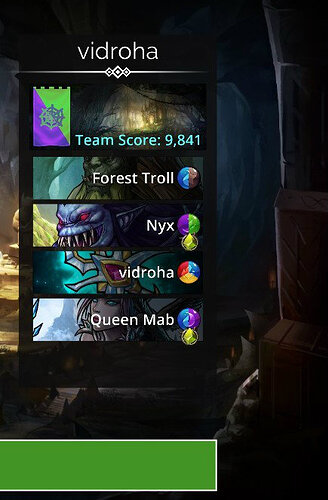 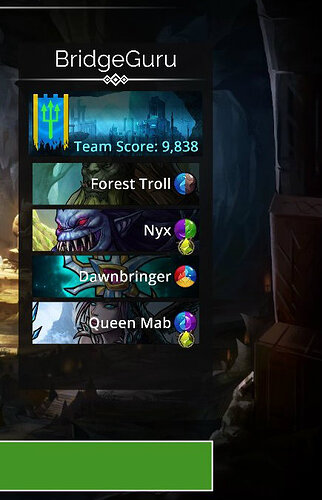 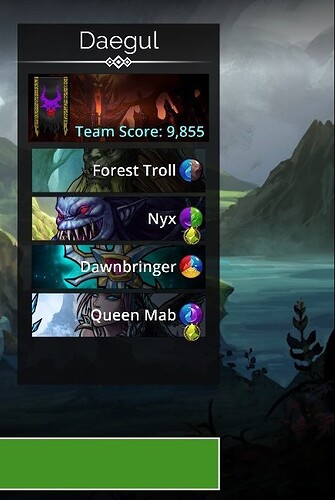 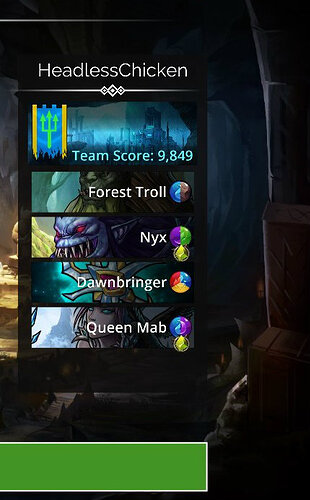 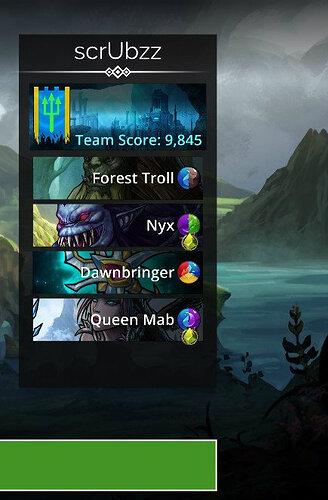 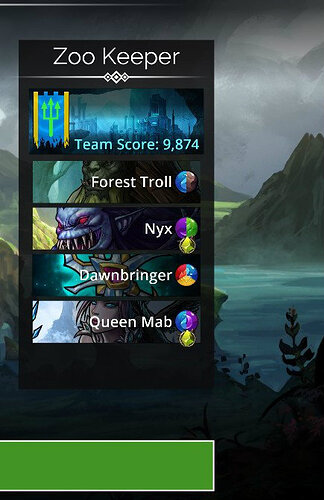 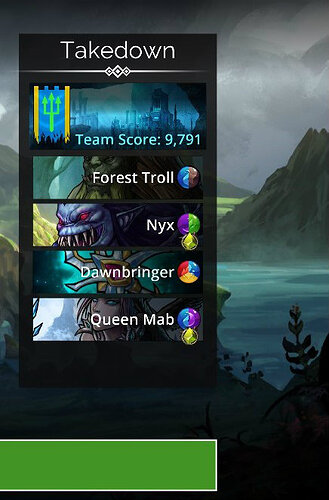 They could have at least tossed in Kraken instead of DB to help out with the event.

As a side note why are those scores so low?

Because PvP defense teams show scores using the old Adobe calculation, while team scores in every other location use the Unity calculation. I did a much longer post on this somewhere explaining the specifics.

You are cherry picking… I am only seeing this team 10 percent of the time.

Meta is actually in a pretty good state and 3.3 will nerf this and psion based teams which will improve further

Its not a nerf; they’re merely adding counters to mana drain.

AI Nyx will still hit something with a lot of Mana collected, which won’t always be your troop with Mana Shield.

Same with Psion, if you’re not using 1st slot Mana Shield… the only thing Mana Shield would protect against is the the -7 mana skill cast for that one troop alone.

It does hamper Famine a bit though, although it should still hurt a lot in most cases.

You are very lucky then I am seeing this team in around 75 to 80% of my battles sometimes it’s my 3 and 2 trophy fight.

Aside from this post, we can always expect a long one from you…

Don’t mind me, i’m pulling your leg, rest assured your posts are appreciated.

If anyone struggles against this composition: Deal with Nyx and the team is dead on it’s tracks. The Kraken variation, instead of Dawnbringer, can at least put some fight after losing Nyx.

Aside from this post, we can always expect a long one frm you…

@Mithran only posted two lines in reply, for a moment I thought his account was hacked.

They’re such helpful lines, though. I can’t help but send a

I’m seeing this Troll Nyx build a lot this week… keeping a log: so far 45 out of 86 matches

Yeah this seems to be the new Meta for 3T after level 1000 ranked PvP on PS4 as well. I’m seeing it ton this week and prior to this I don’t ever remember seeing it. It’s still not as prevalent as Famine, Ragnagord, Psion meta (yet).

I always set whatever the event troops are for the week to help with snotstones, I’m never going to be remotely arsed to get near the top 100 pvp

I’m lazy and can’t be arsed with setting a pvp defense each week. One set and then that is that, time for a change soon though.

Yawn. Not going to change so long as the only reason to change your defense team is “I figured out an even more consistent team for the AI.”

Within 3 posts someone’s going to say “You’re just a n00b who can’t figure out how to beat it, quit whining”. The REAL meta’s the community that believes “I’m still in the top tiers” is what “healthy meta” means.

Spreading the cancer that is psion… So pleased he’s about to be consigned to the also-rans.
I’m sure you have twenty seconds to come up with something other than psion ragnagord famine and whatever else is flavour of the month! Don’t be lazy Marc, put some variety into pvp!

Haha there is only one answer: 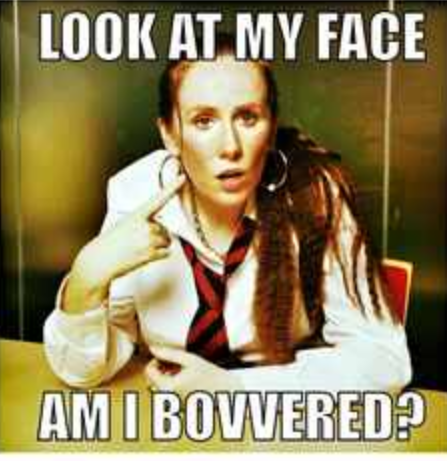 I’ve just been honest with my answer. I have no interest in setting a defense each week. I don’t have an issue playing against it but others do so why not set it? I agree it is lazy but PvP shouldn’t be easy. If people don’t like certain defenses then they can always pass them up. I’m testing out some new things as I’d like to change it up as it’s been a while