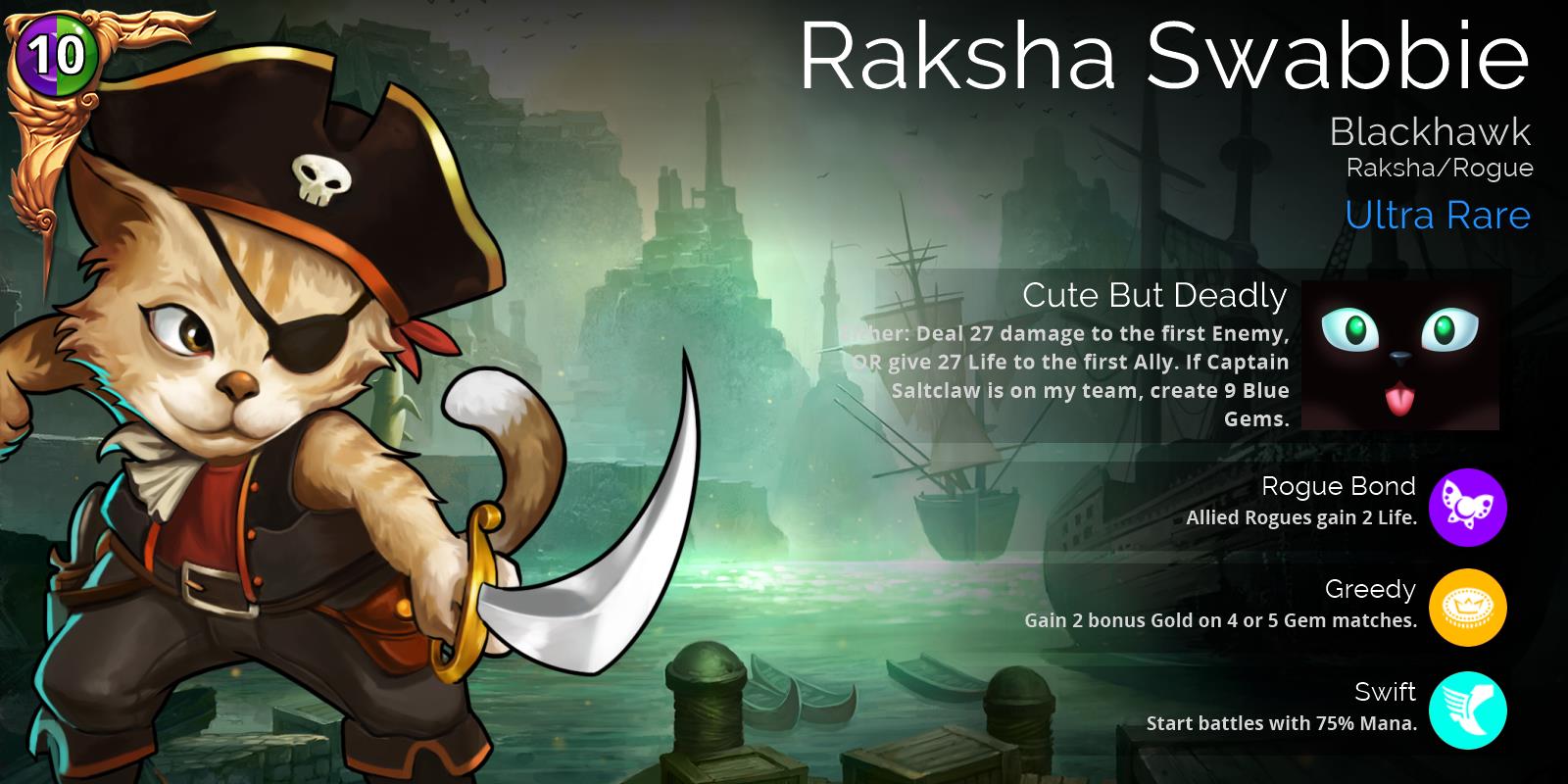 The Raksha Swabbie will be available this week for 300 Glory in the shop as well as in Event Chests, and will appear in Glory, Gem, and Guild chests in 3-4 weeks’ time. 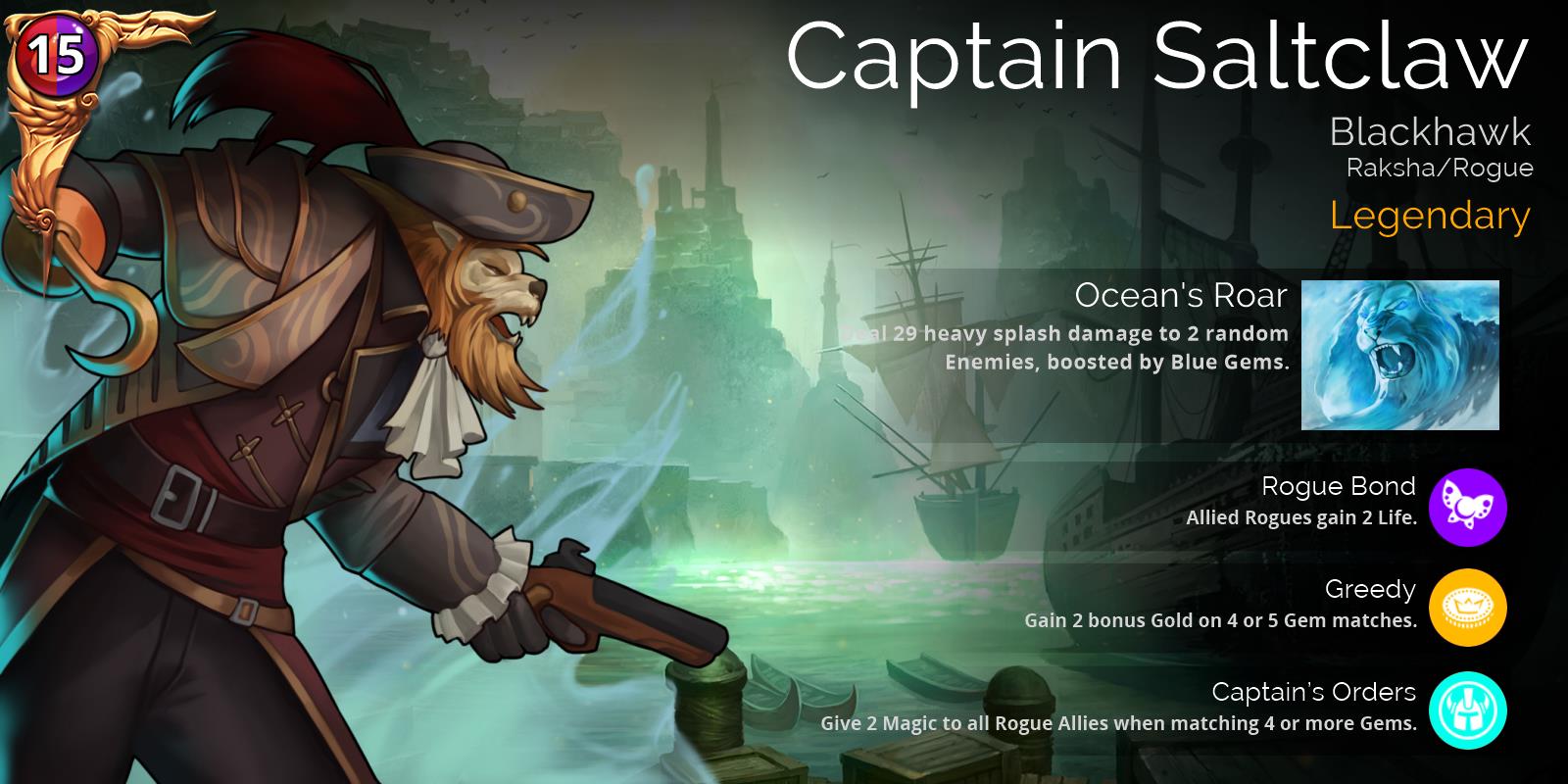 Captain Saltclaw will be available exclusively in Event Chests this week, and will make his way to Glory, Gem, Guild, and VIP chests in the usual 3-4 weeks. 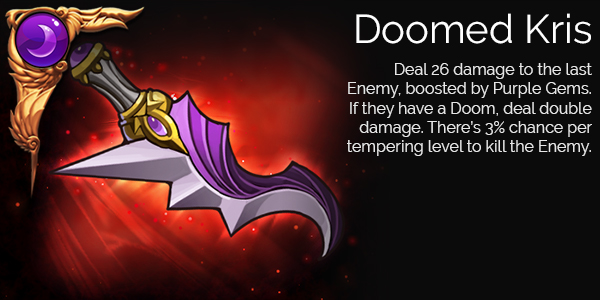 This week it will be available in both the Tower of Doom shop, and in the Soulforge.

Known Issue: The Tower of Doom event shop may display as empty for some players
Some players may have an empty tower of Doom Shop when they first view the event. This is a known issue which we have a hotfix planned to prevent from happening again in future. There is no need to contact support for assistance as it may take a few hours for your Shop to display correctly but it will resolve itself after some time.

Please be aware that the Tower of Doom event shop will be empty for some players at the start of the event after the weekly reset later.

Select 'follow' in the top right-hand corner to be notified of any updates to this issue Status We have a hotfix planned to go out for this issue soon. The Issue When accessing the Tower of Doom Ev...

I assume the same is true of the Weekly Event shop, which is missing again for me (Steam/Android, US west).

It is perhaps fitting that the game picks its own anniversary event to completely self-destruct the QA. I feel nostalgic for the days when the game was only on Steam and only had 15 kingdoms, and events lasted two weeks.

After I saw minfernus in the Kingdom Pass rewards (instead of a new pet), I decided not pay for it. And want share my thoughts but there is no topic.

Does anyone notice, that weekly resets and new events always happen on monday 7 am UCT?
And not, let’s say, within 72-96 hours from friday morning?
Even though the team may not even be in office at that time?

I wonder, which kind of magic makes this possible. But also prevents it for planned troop releases. I’m all excited for your response, Jeto.

How long will this take to fix?

I decided not pay for it. And want share my thoughts but there is no topic.

No ToD shop, no glory troop, and NO battlecrashers to be seen! >_<