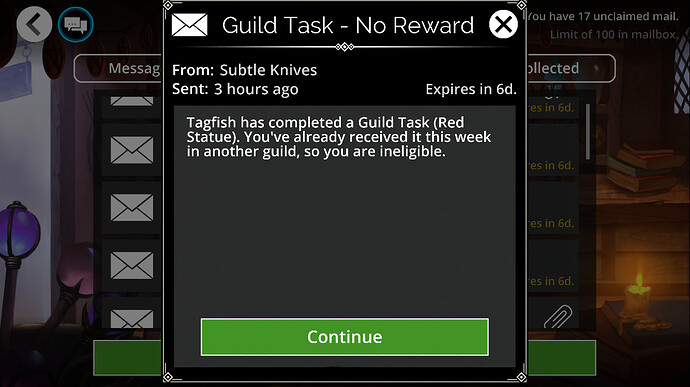 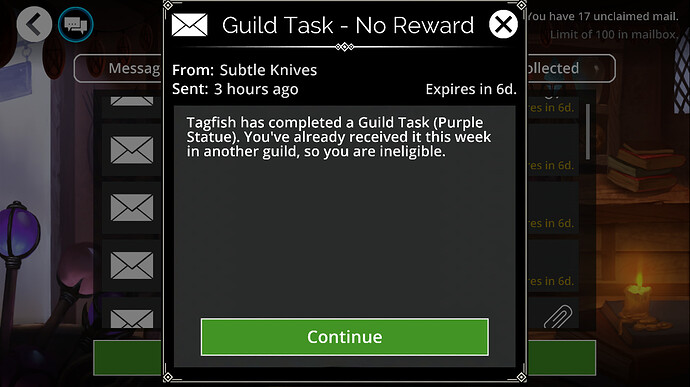 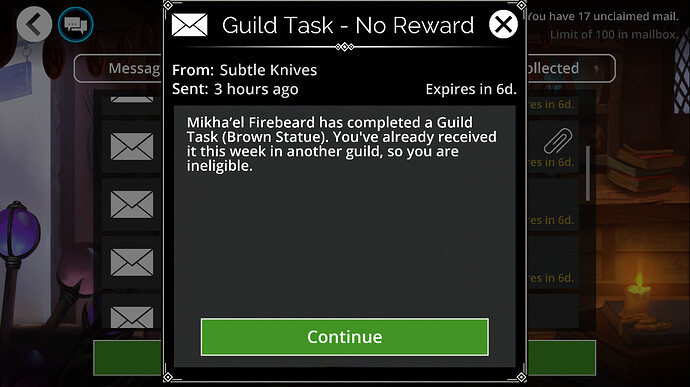 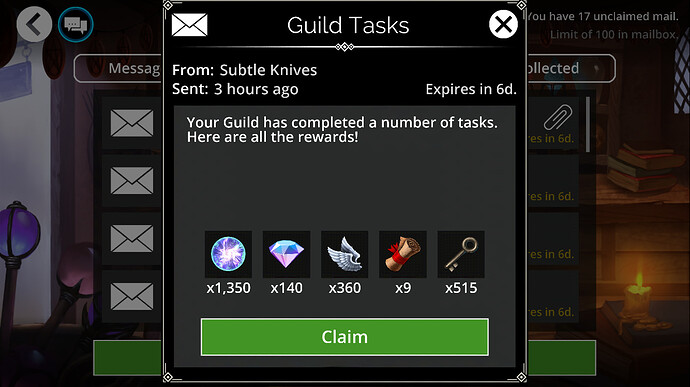 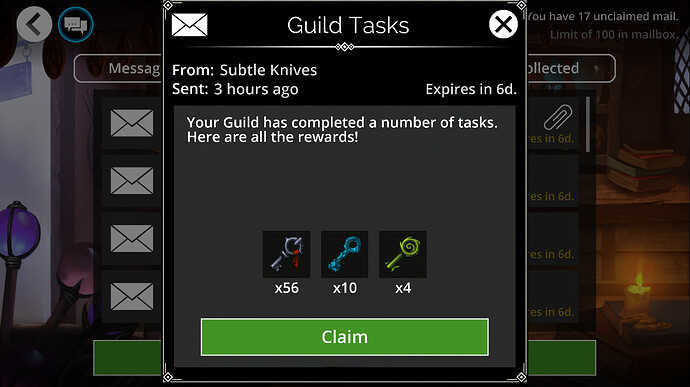 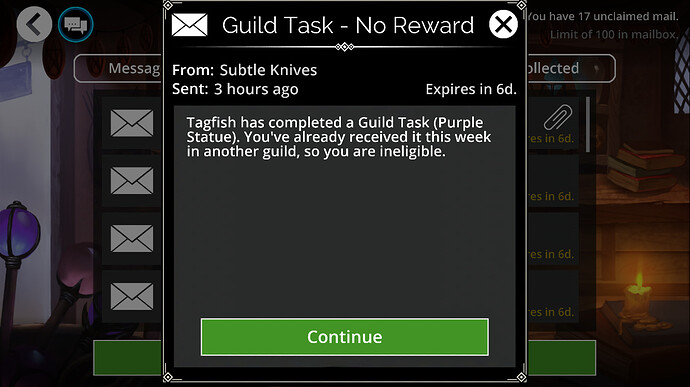 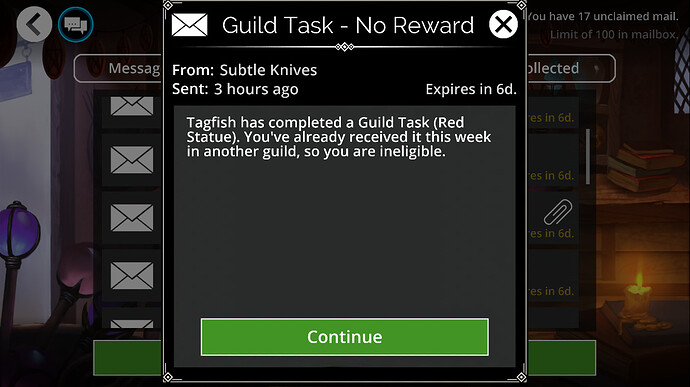 What you were expecting to happen, and what actually happened:
This morning, I checked my mail, expecting to collect the rewards for the tasks my guild mates finished, which is usually one piece of mail that says “your guild has completed a number of tasks” or something to that effect. I received that piece of mail, but also a several pieces that say my guild member had completed a task but I could not collect the reward because I already had in another guild. I haven’t switched guilds so this doesn’t make any sense, I’ve been in this guild for checks GoW 35 days.

How often does this happen? When did it begin happening?
It has only happened one thus far, at 6:30am EST.

We’ve had that happen in our guild as well. It’s the second week in a row now.

I had this happen too, I jus tposted about it here: I was claming Guild Tasks Rewards, but was told that I had already received the reward in another Guild. (I’ve not changed Guilds!)

Hi there @Eirian sorry this happened

I’ve resent the rewards to your mail