[Reported] Vash'Dagon devouring itself and summoning a troop?

What you were expecting to happen, and what actually happened:
The enemy team had the Vash’Dagon troop.
It got cursed and the only troop left in the end. It devoured itself and summoned a demon.
Impervious got lost due to the cursed effect but it makes no sense that an enemy would kill “eat himself” in the process. I am not sure if this is possible when the player is controlling this troop instead of the AI.

How often does this happen? When did it begin happening?
Every time. Probably since the troop got introduced.

Curse removes immunities, so Vash is no longer immune to devour if he is cursed.

Did the summoned demons have the devoured stats? That would probably be a bug, if so. 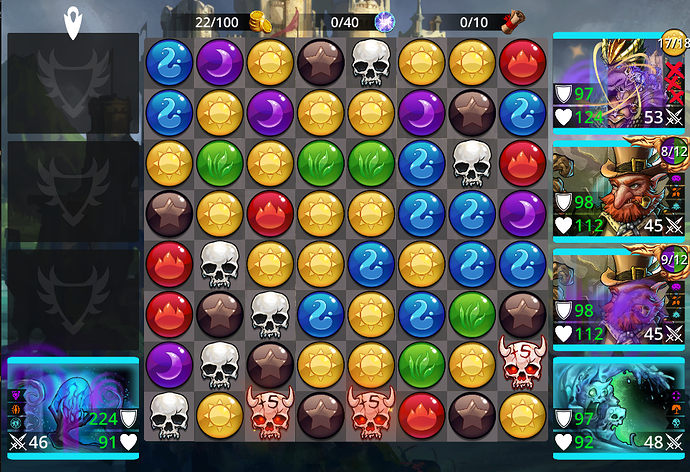 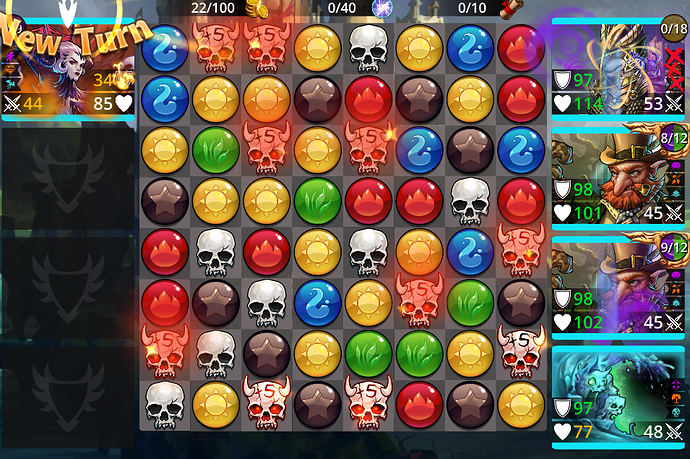 If this is a bug it effects multiple troops and seems inconsistent.

Vash’Dagon can devour itself and summons after if cursed to negate trait. (tested and confirmed) 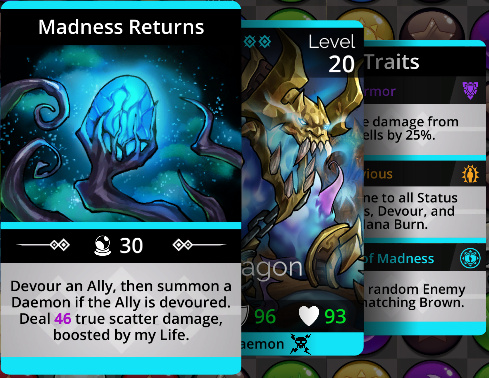 Black Beast can NOT devour itself even if last troop. (tested and confirmed) 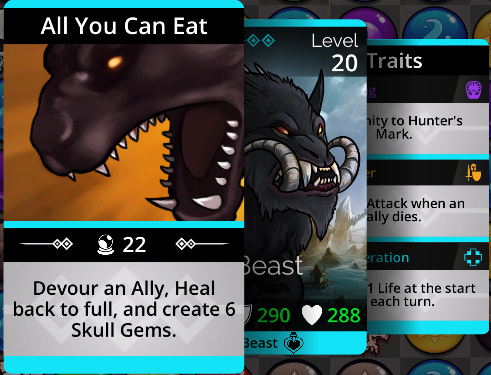 Sacrificial Priest can sacrifice itself at any point and then has a chance to summon an Aborath. (tested and confirmed) 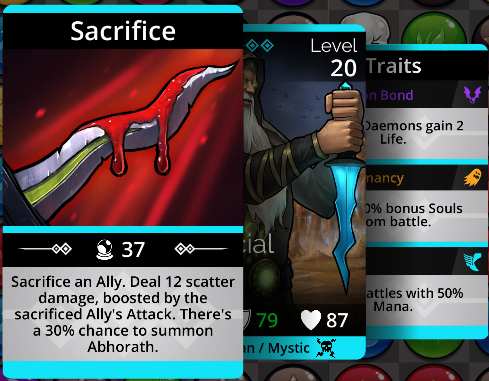 The Widow Queen can NOT sacrifice herself. If the last troop she instead sacrifices no troop at all. (tested and confirmed) 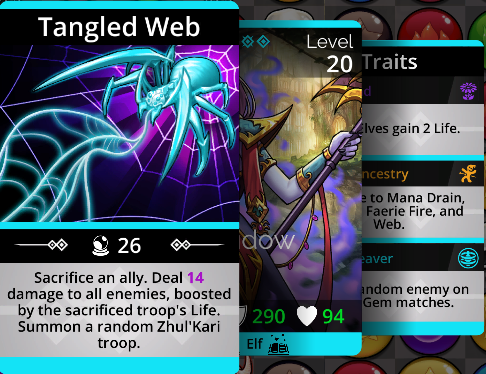 There may be some specific reason for allowing things like this on some but not others. It just seems inconsistent.

I am not sure, but if they do get increased stats, it’s a bug.
This and what is written above, should be all extensively tested.

I think black beast spell description changed, it used to rule out self as target.

Currently, I’m under the impression that there are multiple sources programming these troops. It would explain why the same troops have different wordings for the same effect (50% traits) or behave differently than their intended wording. (whether on launch (Gate of Souls) or just in general)

Vash’Dagon definitely seems like it was programmed differently from Black Beast on launch (original design concept), so it wouldn’t surprise me if it didnt have any of the curent Black Beast safeguards built in.

If I remember correctly, Vash’Dagon’s release was pushed back several times, probably to work out problems in the coding…

Have you ever seen a man eat his own head?

Until you hit the part of the brain that stops you from functioning you could eat a decent amount of your head.

I feel that we need some official feedback this time.

@Kafka, @Saltypatra, can you explain and elaborate the above examples in more details?
We should have some consistent behavior.

This could also explain why the game is crashing with Vash’Dagon in the group.
The bug with Vash’Dagon devours and crashes is still pretty much unresolved and could be related to this issue.

you didn’t test Sacrifice, the guardian troop? and Elspeth?

Vash devouring itself instead of another troop is a poor move most of the time, because all that sweet attack, armor and hp are wasted.

Also in the very beginning of 1 battle when there were 4 troops, Vash devoured itself and didn’t summon a troop and that was awesome for me and horrible for the defender.

The Troops aren’t programmed individually (hoo boy that would be madness).

The Troops behave differently due to 2 main reasons:

I’ll put in a QoL request for Troops that devour or sacrifice allies to be reviewed for how their spells actually work and/or the way the spells are worded, but they’re currently all working as intended (apart from the fact the game freezes sometimes especially with Vash’Dagon in the mix).