I’m categorizing this under bug reports but I don’t think it’s actually a bug. I think it’s just lazy coding. When the campaign task was made the individual didn’t consider the various ways glory can be earned and therefore they just tied it to pvp. Instead of any type of glory earned after a battle. I would love to be fortunate enough to find a glory gnome when the task was presented but perhaps those that actually make the game and could simulate the situation easily could do it instead. 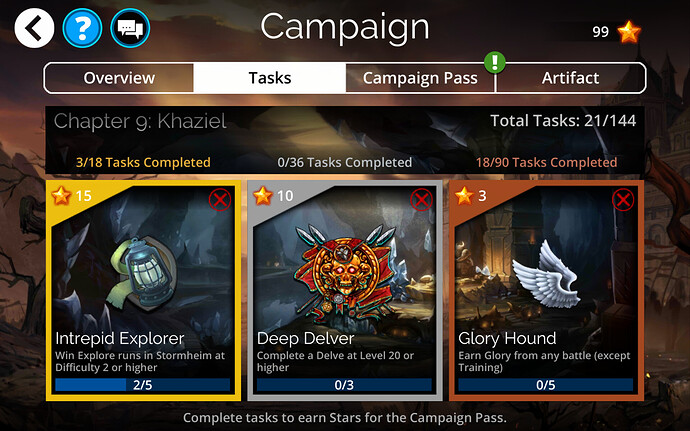 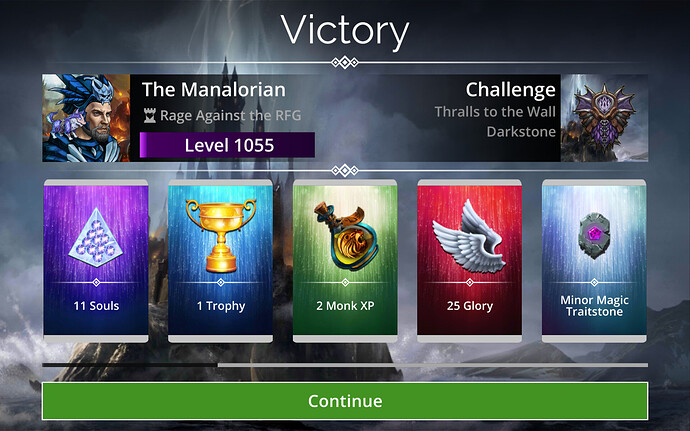 If you’re not going to bother to recode it to be an accurate campaign task. Please update the task to read “earn 5 glory in pvp”.

Glory from delve runs (individual battles and the boss chest), glory from LT’s, glory from the adventure board and glory from any key opening isn’t considered either.
And I think casual pvp doesn’t give any glory?

Casual PvP does give glory and that does count toward the task.

I’ve passed this on to the team. Thank you!

5 months later, glory earned from challenges still doesn’t count towards campaign tasks. And still the task says glory can be earned from any battle except training.

Technically the challenges prizes are considered a reward after battle and not a spoil from the battle directly. At least about the gold you mentioned, I don’t remember if we get glory from any challenge battle.

This was “reported” 6 months ago.
@Jeto (sorry I tagged the wrong new dev originally) any word on whether or not this is fixed?

I see this week we were presented a new glory based task with the same possibly misleading text.