[Reported] Power unlimited achievement didn't pop on xbox for me 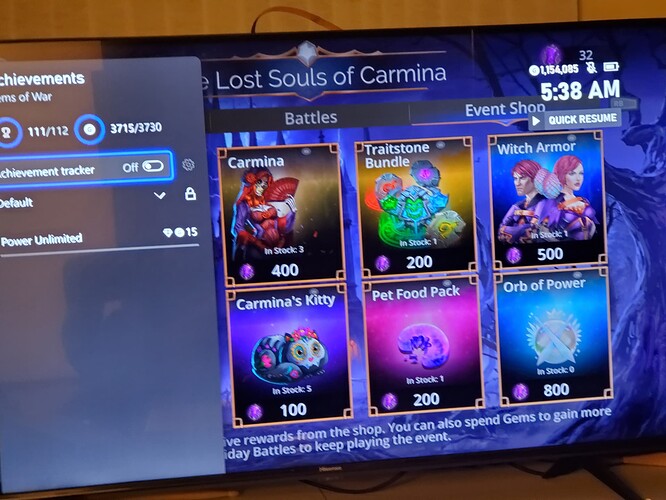 What you were expecting to happen, and what actually happened:
Bought the power orb with 800 souls immediately after the battle and it didn’t pop. Expected it to pop.

How often does this happen? When did it begin happening?
Purchased the power orb just before 5:30 CDT. There was only the one in stock so I can’t try again this event.

Steps to make it happen again
Wait until the next holiday event and try again.
Note: this isn’t happening for everyone as I see several people with the achievement unlocked.

The only reason for most of us to buy this is the achievement…zero point zero need for an orb of power. I’d rather have one single gem key over 10 orbs of power…

So this is frustrating to hear…

Has anyone sacrificed themselves for the Steam achievement yet?

I notice two people on truesteamachievements have it. No idea if it can suffer from a similar glitch to the xbox.

Wait until the next holiday event and try again.

I was hoping that making another purchase for the shop would trigger a recheck but no such luck. Nor was there an overnight delayed pop which would have happened if there was an issue on Microsoft’s end.

There are comments on a solution for this achievement at trueachievements.com that at least 3 others beside pteppic and myself have had the achievement fail to unlock. The are currently 164 successful unlocks tracked there so the failure rate is about 3%.

If it has any bearing I made the power orb purchase a few seconds after the battle that put me over 800 souls, i did not leave the event.

Occasionally this happens on Xbox, although it was much more prevalent in the past. I recommend doing a couple of things. Just wait a few minutes and see if it pops. You can try restarting the game. If that doesn’t work, restart the xbox and relaunch the game. If that doesn’t work, do a full shutdown, unplug the console, and wait a few moments, before starting it up again and relaunching the game. In rare cases it takes a couple days to pop, but typically if you fulfill the conditions, the game beams over the unlock to the achievement system, and then it’s that system that unlocks the achievement for you, but sometimes the achievement system gets hung up.

I’ve also heard viewing the locked achievement can help. I’ve done all that, although it’s only been 1 day but I’ve never seen it take longer than that since the Done Unlocking days.

I suspect this may be related to the freezing issue that can happen after the first battle following a holiday event battle (which I’ve only seen once this week).

If there’s no resolution this event, next time I’ll fully exit the game and restart the console before buying the orb.

I was just thinking about the possibility of this kind of failure last night. Will wait until the end of the event and keep this post bookmarked. Thanks for the report OP. I have 0 reason to buy an orb of power, and would be furious at such a failure. 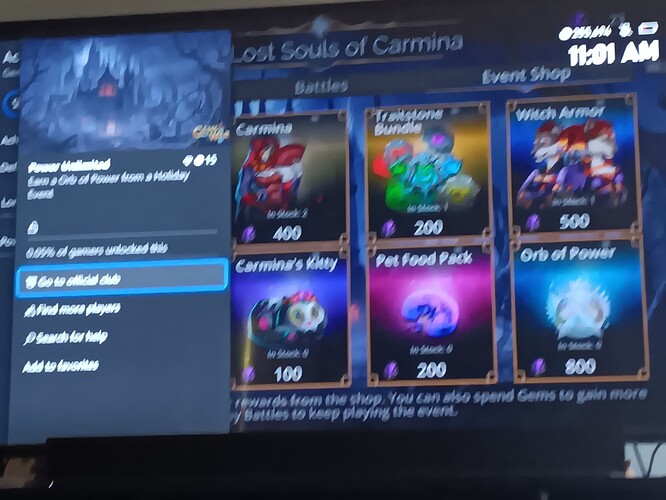 I had it happen to me this morning

Just chiming in to say my achievement unlocked for me right after buying the power orb. No issues. Very sorry to hear that it isn’t unlocking for more people.

Still no dev response on this???

I saw someone on TrueAchievements followed my advice on restarting the game as still didn’t get the achievement, so much for my theory that it was related to the freezing issue.

Also noticed there that some people are having a similar issue with the perfect dungeon run achievement but that one can be retried every day.

Just came to post that mine also did not unlock on Xbox. Please look into this devs!

Hi folks, this issue is known by the team but I don’t have any update yet sorry.

When we have more information we’ll let you know.

Initially, my xbox achievement was not translated correctly (error), but I thought it didn’t matter and the achievement would drop out, but it’s not there yet. 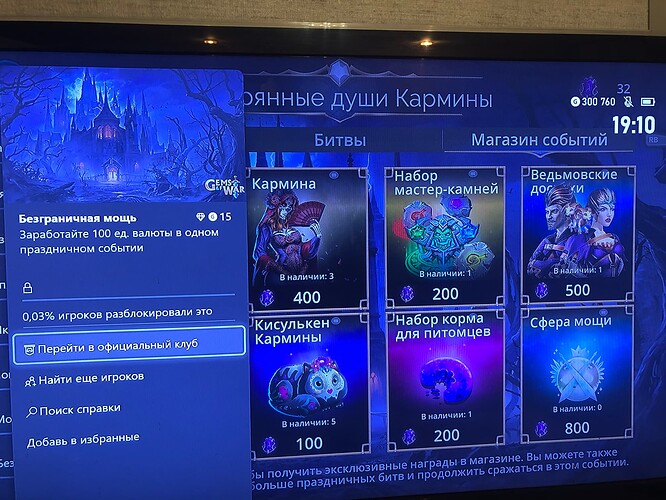