What you were expecting to happen:
Was expecting to get the same campaign rewards as all the other platforms got. This is how previous campaigns have been.

What actually happened:
Switch Monument of Stars campaign has no troops, pets, weapons. It just has filler items and minor orbs 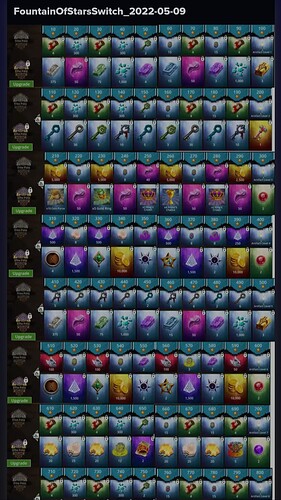 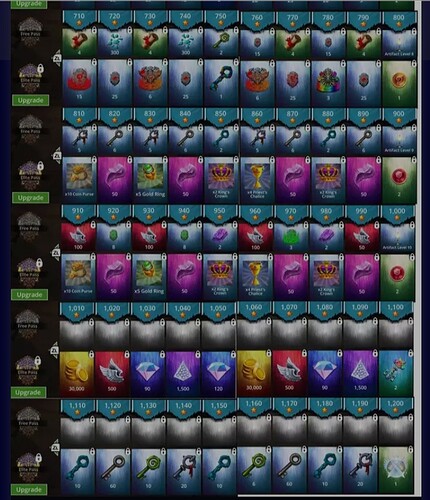 On Switch, visit the new campaign that has just started, click rewards tab. Compare with the rewards from when the other platforms had the same campaign (link below to the official announcement that includes the new mythic, the pet, the weapon and the tarot plus everything else like the deeds and pet food that is also missing) 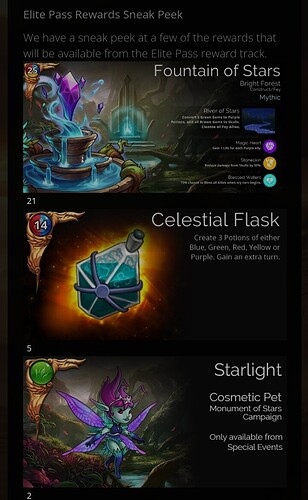 Please note I’ve posted these details on behalf of the switch community and I’m not currently playing on switch myself.

I just comment to complain, again. Weapons and pet and mythic are orbs, fix it please, fix it soon. Why devs why did you have to do switch dirty like that? I thought you did your best to shield our innocent minds from the hassle of bugs

Thank you for posting this! I have reported this to the development team so they can work on getting this fixed!

Any players with an Elite Pass who had the collected rewards before the change will receive mail in-game with the missing title + portrait.